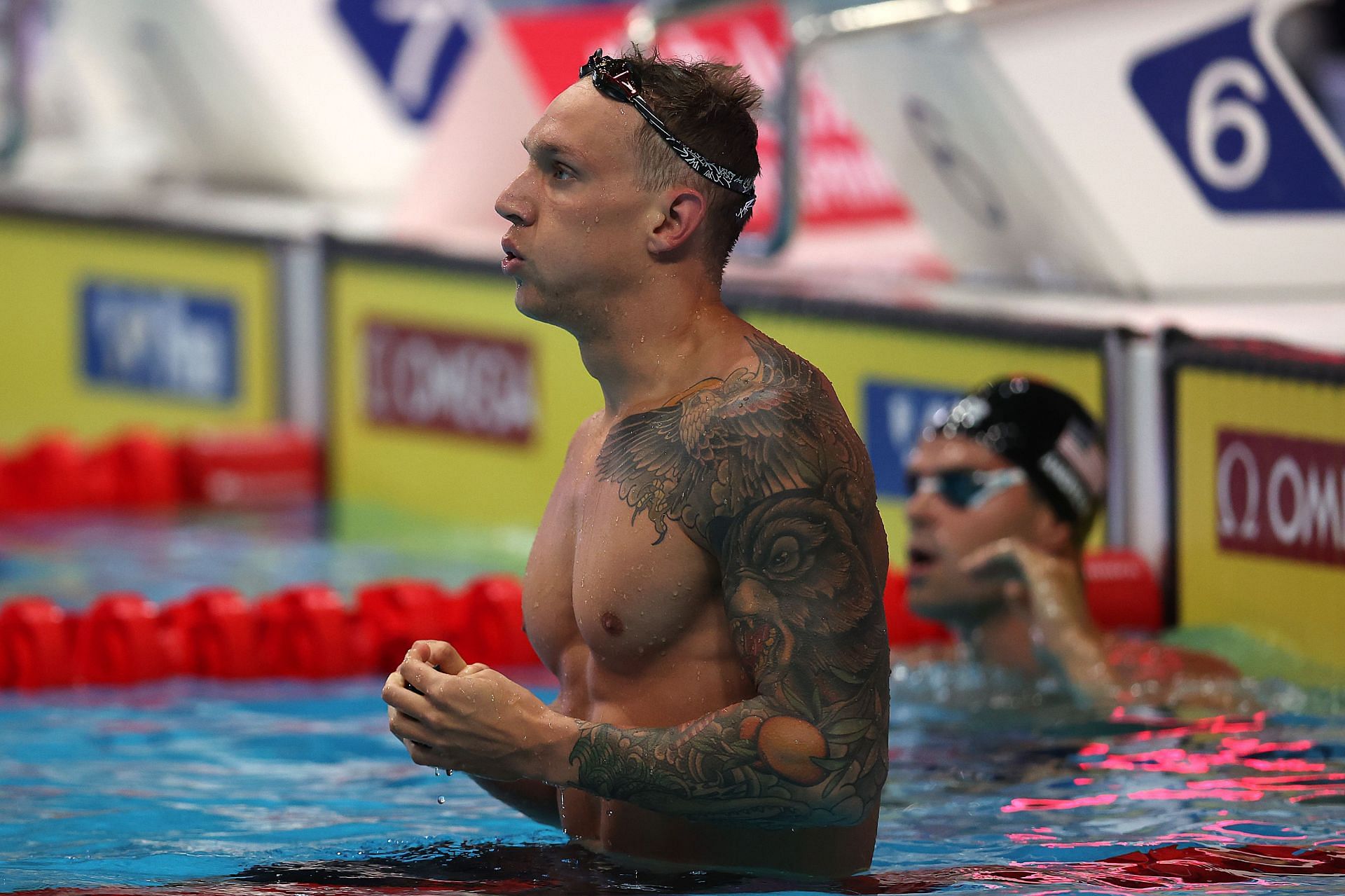 In a video posted on Graham Bensinger’s YouTube channel on December 23, 2022, Graham spoke to Dressel. Bensinger spent some time on Caeleb’s farm and then some time in the pool.

During their time in the pool, Graham said that he had heard that Dressel could hold his breath for a super long time. In response, the seven-time Olympic gold medalist said,

“My record. No, especially not in the water. That’s usually in my bed before it’s usually like uh before falling asleep I’ve done it but yeah my record in bed: five minutes, six seconds.”

“Leave it at that. I don’t want any other context besides that.”

Caeleb Dressel opens up about his mental health struggles

The swimmer struggled with mental health issues for a very long time and claimed that he was in a dark place back in high school. dressel said,

“Didn’t want to do anything, wasn’t going to school, wasn’t going swimming. Was pretty much just laying in bed for all hours of the day for couple of months.”

“Yes, brutal. I think the added attention, it wasn’t just me under the microscope. It was very much me and Megan, really what I wanted to do was just lock myself in a room and not talk to anybody.”

How many medals did Caeleb Dressel win in 2022 before taking a break from swimming?

Caeleb Dressel won two gold medals before taking a break from swimming. He clinched both those gold medals at the 2022 World Championships in Budapest, Hungary.

He won his first gold medal at the 2022 World Championships in the 4×100-meter freestyle relay. Caeleb and his teammates helped Team USA win the gold medal with a time of 3:09.34.

The very next day, the Florida-born swimmer competed in the finals of the 50-meter butterfly event. He emerged victorious after finishing the event with a time of 22.57. Nicholas Santos of Brazil and Michael Andrew of the United States finished in second and third place.

Dressel then swam the 100-meter freestyle in the prelim heats and qualified for the semifinals. But he withdrew from competing further at the World Championships for unspecified reasons. Two months later, Caeleb Dressel posted an update on Instagram that he will be back to swimming.