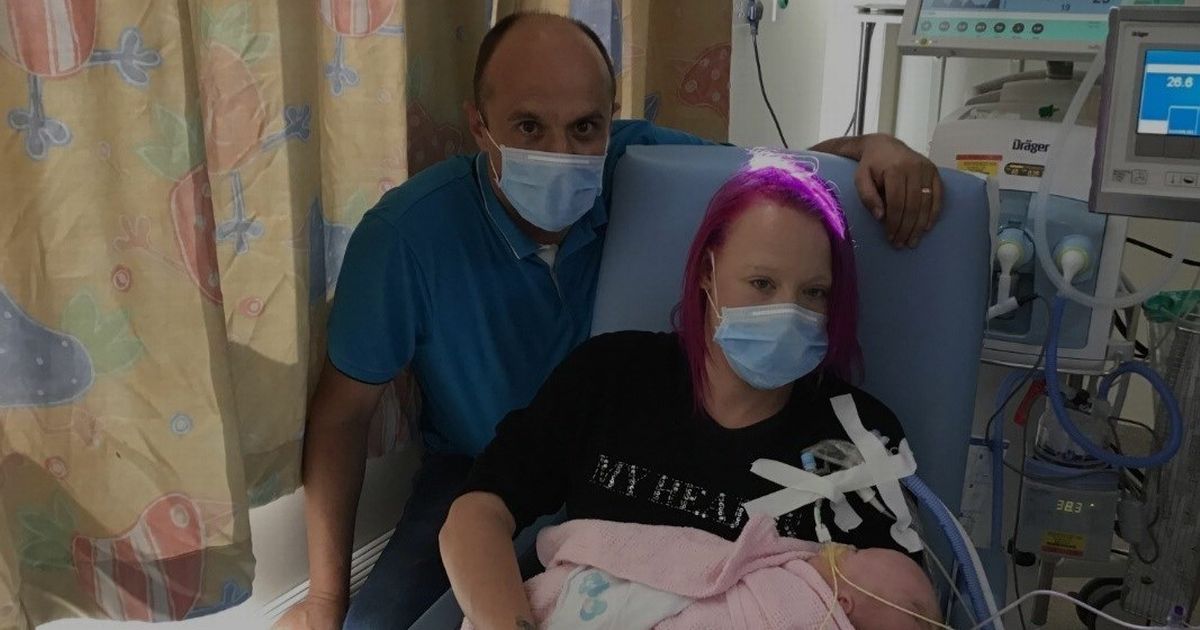 A mum who took cocaine and then got into bed with her two-day-old baby has spoken out about her drug use.

Little Keira-Mae Jones was just two-days-old when her mum Aimee Jones presented her “unresponsive” body to nurses at Barnsley Hospital, on the evening of Saturday, May 16, 2020.

The dead had suffered “catastrophic injuries” and Mrs Jones told nurses that she had “accidentally squashed” her, after getting into bed with the newborn.

Keira-Mae needed to be resuscitated at the scene and was then placed on life-support but, tragically, her condition did not improve and this was switched off four-months later.

At Keira-Mae’s inquest, which took place last week, on Thursday, January 20, the court heard that Mrs Jones had taken cocaine on the day that her daughter was found “unresponsive” in her hospital bed.

To get the latest email updates from Yorkshire Live, click here .

But, in an interview with YorkshireLive Mrs Jones claimed that this was not true and she said that she had taken the drugs in the days before giving birth.

A toxicology report revealed that Mrs Jones, who has a history of substance misuse, tested positive for cocaine metabolites in the hours after she found her daughter’s lifeless body in bed with her.

But she told YorkshireLive she had not been under the influence of the Class A drug while looking after her daughter.

Mrs Jones said: “No it was on the Monday [that I had the cocaine]I went to the hospital on the Wednesday and didn’t even know I’d be induced.

“I didn’t regularly use it while I was pregnant either, I was worn out, I was sleeping all day that’s how tired I was, so it was just something to get me up.”

When asked if she felt bad about taking cocaine while pregnant with her daughter, Mrs Jones revealed it was something that she “didn’t want to do” and she only took the drug “at the end” of her pregnancy.

She said: “I did take it more than once during pregnancy, but it was only during the end of my pregnancy and, yes obviously, it was something that I didn’t want to do.

During Keira-Mae’s inquest last week, Mrs Jones had told the court that she had been warned by nurses about the dangers of co-sleeping with her newborn, but said that she “didn’t know” what had happened that fateful day

In concluding the tragic case, senior coroner, David Urpeth, told the court that Keira-Mae had been unlawfully killed by Mrs Jones.

Enter your post code to see local issues near you

He told the court that her drug use, which he accepted had taken place on Saturday, May 16, 2020, had “directly led to Keira-Mae’s death”.

But Mrs Jones told YorkshireLive that she has been left “fuming” by the findings of the inquest, in particular the details that her neighbor had shared about a confession Mrs Jones had made.

Mrs Jones’ neighbor told the court that, days after Keira-Mae had been placed on life support, Mrs Jones asked her if the pair could “have a chat” outside over the garden fence.

But Mrs Jones said that this conversation never happened.

She said: “I’ve never got on with her, never had, so why the hell would I ask to sit down in the garden with her and tell her this, that and the next thing? I’m absolutely fuming.”

At the end of Keira-Mae’s inquest, Mr Urpeth recommended that South Yorkshire Police pass the case to the CPS, so that charges of manslaughter might be brought against Mrs Jones.

Download the YorkshireLive app to customize the news that matters to you and get the latest updates first.