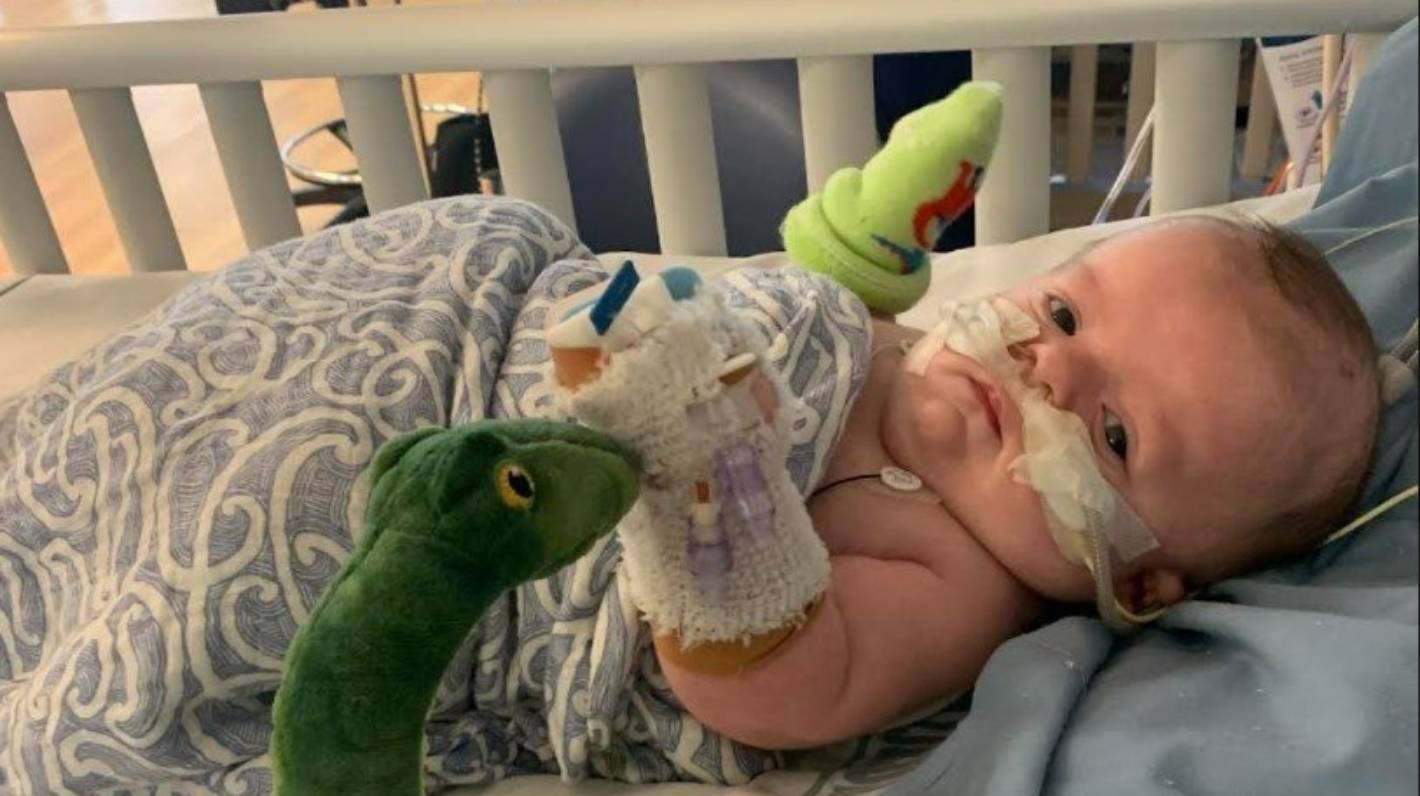 Katie Ngahooro feared her son, Temiti, would die while medical staff at Starship pondered where to send him after he stopped breathing.

A mother feared her baby would die as staff at Starship Children’s Hospital wondered what to do with him due to a lack of nurses and intensive care beds.

Temiti Ngahooro​ was born to Invercargill residents Katie and Raphael Ngahooro​ (Ngāti Porou, Ngāti Tūwharetoa) in April and has been in hospital ever since as he needs breathing support.

The only time Temiti has ever been outside was during transit from Southland Hospital to Auckland’s Starship Children’s Hospital in June.

Temiti’s mum said she feared for his life twice while at Starship, as staffing and capacity issues delayed his admission to the pediatric intensive care unit (PICU).

The first time, Temiti stopped breathing and was being given CPR while medical staff discussed their plan, she said.

The PICU was full and there were not enough nurses to care for someone with such high needs on the ward, his mum said.

It was “really terrifying” to witness her son stop breathing and frustrating that medical staff didn’t have the resources to look after him, she said.

“All I could do is sit there and watch.

“Am I going to watch my kid die while you guys discuss what beds are available?”

The second time, Temiti’s heart and oxygen rates were dropping. Katie Ngahooro said she heard a doctor tell a nurse the PICU would not take him, as the unit was understaffed and over capacity.

At that stage, his parents both had Covid-19.

Temiti was testing negative, but also had symptoms.

Dr Mike Shepherd of Starship hospital talks about Covid-19 Omicron symptoms in children: what can be managed at home, what parents should seek help with.

It was at least an hour before Temiti was taken to the PICU, during which his heart and oxygen rates continued to drop, Ngahooro said.

She expected more urgency in getting a 2-month-old with Covid-19, on breathing support, into the PICU, she said.

“It doesn’t instil me with hope in our medical system.

“Something really needs to be done before kids start dying.”

A Te Whatu Ora Te Toka Tumai Auckland spokesperson would not comment on the specifics of Temiti’s care for “ethical and privacy reasons”, despite Ngahooro signing a privacy waiver authorizing them to discuss his case.

Clinical decisions were complex and often made by multidisciplinary teams rather than by individuals, the spokesperson added.

“We appreciate that without context, clinical discussions may be difficult to understand, however it is common for a range of health professionals to work together to make decisions and deliver the best care to the patient.

“We know that sometimes when clinicians are discussing things in the presence of parents, it may appear as if they aren’t decisive.”

Interim director of Starship medical and community Emma Maddren​ said the hospital was experiencing “usual” winter patient numbers, which, combined with staff vacancies and absences due to sickness, had put pressure on its services.

It was also experiencing high numbers of children requiring care for influenza and fluctuating Covid-19 cases.

PICU occupancy had been “especially high for some time”, Maddren said.

The hospital had moved staff around to manage this and PICU beds were made available for the sickest children, which meant planned procedures were sometimes postponed when the hospital was “very busy”.

“We want to reassure our community that if they or their loved ones need urgent hospital-level care, they will receive the emergency and acute care they need this winter,” she said.

Work is under way to extend the PICU to provide 10 new beds.

Recruitment is also under way with the goal of the first new beds opening later this year.