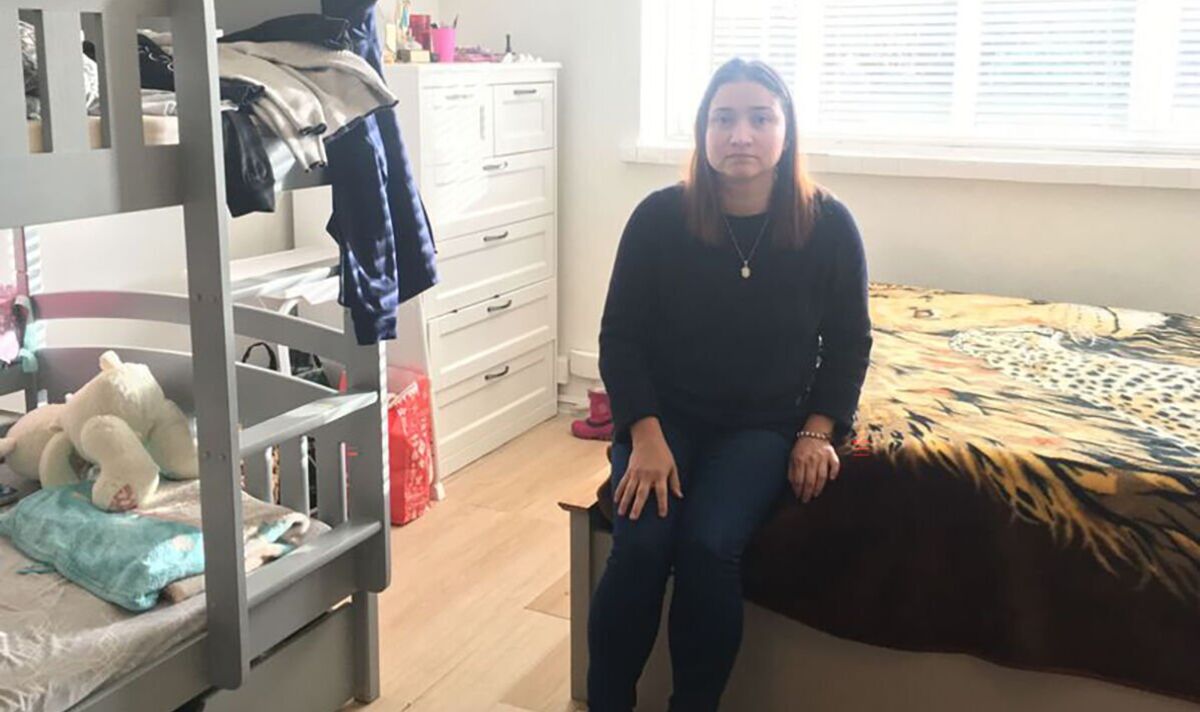 A mother and her two young children are stuck in a cramped one-bedroom flat which is covered in mould.

Lili Castro, 41, and her family have to clean and repaint the walls every three months because the problems with damp are so severe.

Photos taken before the latest redecoration – only one month ago – show black mold and beads of water collecting on the walls of the flat in Raynes Park, southwest London.

Lili, who has lived at the social housing property since 2007, said: “They (housing association Clarion) always say they are going to do things but they don’t. The mold comes halfway up the wall but I remove it and paint it every three or four months.

“I’ve been living like this for so long. I am very grateful that we haven’t developed anything sinister. My little one always has a running nose no matter how much I give him medicine, I think it could be the damp. “

The medical secretary, whose kids are aged five and seven, opened a legal disrepair case against Clarion and told My London that she only started getting responses from the housing association after she did this.

“The legal case has given me more responses. I don’t care about compensation as long as the wall gets fixed,” Lili said.

“I actually got a visit from Clarion and a surveyor told me it was my fault, told me I cook here and dry my clothes.”

The mother of two is particularly concerned now following the tragic death of two-year-old Awaab Ishak.

The toddler developed a respiratory condition caused by exposure to mold at his Rochdale home, an inquest found last month.

But another woman complained about items, including a fridge freezer and a TV communal storage area blocking fire exits, despite Clarion saying it would remove them four months ago.

Councilor Garrod said the Labour-controlled authority has written to all housing associations in the borough to ask what their plans are to address mold and damp, following the Awaab Ishak tragedy.

A spokesperson for Clarion said: “Ms Castro’s household desperately needs to move to a larger property and we are working with the local authority to support her with this. In the meantime, we are carrying out some preventative work in the home to stop the mould reoccurring and have already carried out a number of interim measures in an attempt to alleviate the issue, including a mold wash and a survey to facilitate the upcoming installation of new fans.

“We take every case of condensation, damp and mold in our homes very seriously and have recently announced our action plan, including hiring 100 additional new staff, to help tackle the problem.”