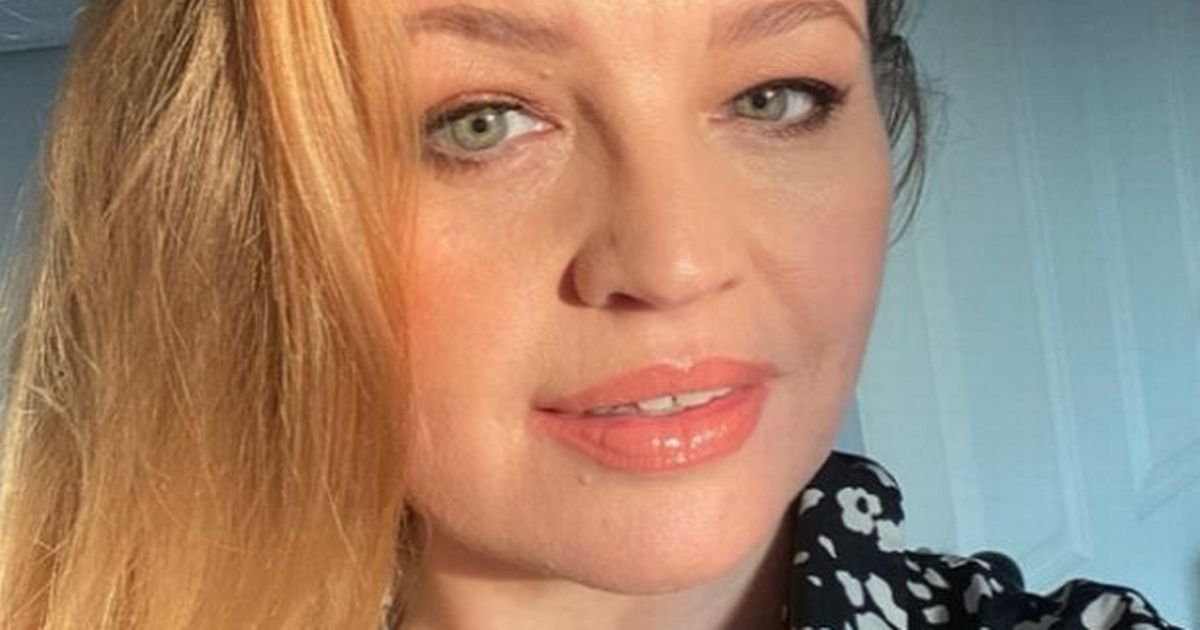 Kerry Tate, 44, from Pontefract used a pen and paper to communicate with her family and was taken to hospital, where a CT scan confirmed she had suffered a bleed on the brain

The 44-year-old had endured headaches for years (

A mum who suffered a headache woke up and terrifyingly discovered she couldn’t talk.

Kerry Tate, from Pontefract, did not know what was wrong when she first became ill.

The 44-year-old had endured headaches for years and was not overly concerned when she had one again, reports YorkshireLive.

But the pain intensified over the next few days and when she woke up one morning, she was unable to talk.

She used a pen and paper to communicate with her family and was taken to the hospital, where a CT scan confirmed she had suffered a bleed on the brain.

Medics discovered the 44-year-old had been born with an “arterial malformation”, which led to her having a stroke.

What followed was a “daunting” journey, which is far from over.

As well as beginning speech therapy, she had to prepare for gamma knife surgery, which she had last month.

Kerry, a mum-of-two praised her “amazing speech therapists”, who have helped her improve her speech as much as possible.

She told YorkshireLive: “I’m not going to be the person I was before my stroke, and my speech is not going to get any better.

“It is quite hard to compute that.”

Doctors do not yet know if her surgery was a success since results can take up to four years.

But Kerry, who also praised the empathy of staff at the Royal Hallamshire Hospital in Sheffield where the surgery was performed is confident she received the best care possible.

For now, she is focusing on her recovery at home, supported by her family, including her children Harrison, 18 and Edward, 16.

Kerry, who works as Head of Marketing at Capita, is also looking forward to returning to work soon alongside her colleagues, who have supported her throughout.

She hopes that by sharing her experience she can help make people aware “a stroke can happen to anyone.”

The newsletter is emailed out first thing every morning, at 12 noon and every evening.

Never miss a moment by signing up to our newsletter here.

The Mirror told in January how another woman woke up to discover she couldn’t walk or talk after stretching her neck tore an artery and caused a stroke.

Helen Farrell, 32, was moving her head side to side when she experienced a sharp pain in the back of her head, but initially dismissed it as a migraine.

When she woke up the next day from a nap, she was terrified to discover she was unable to move or speak properly and was rushed to A&E.

The professional singer, who has been forced to cancel all of her gigs until February, was left stunned when doctors told her she had suffered a stroke caused by stretching her neck.

Helen from Blackpool told the MEN: “As soon as I woke up, this pain in my ear started – it was this loud, tingling, wooshing sound, like tinnitus.

“I tried to get up but I couldn’t walk or talk and I was being violently sick.

“The doctors have now said that I had had a stroke which was from me tearing the main artery going into my brain when I stretched my neck.”

Sisters who battled cancer together give birth on the same day