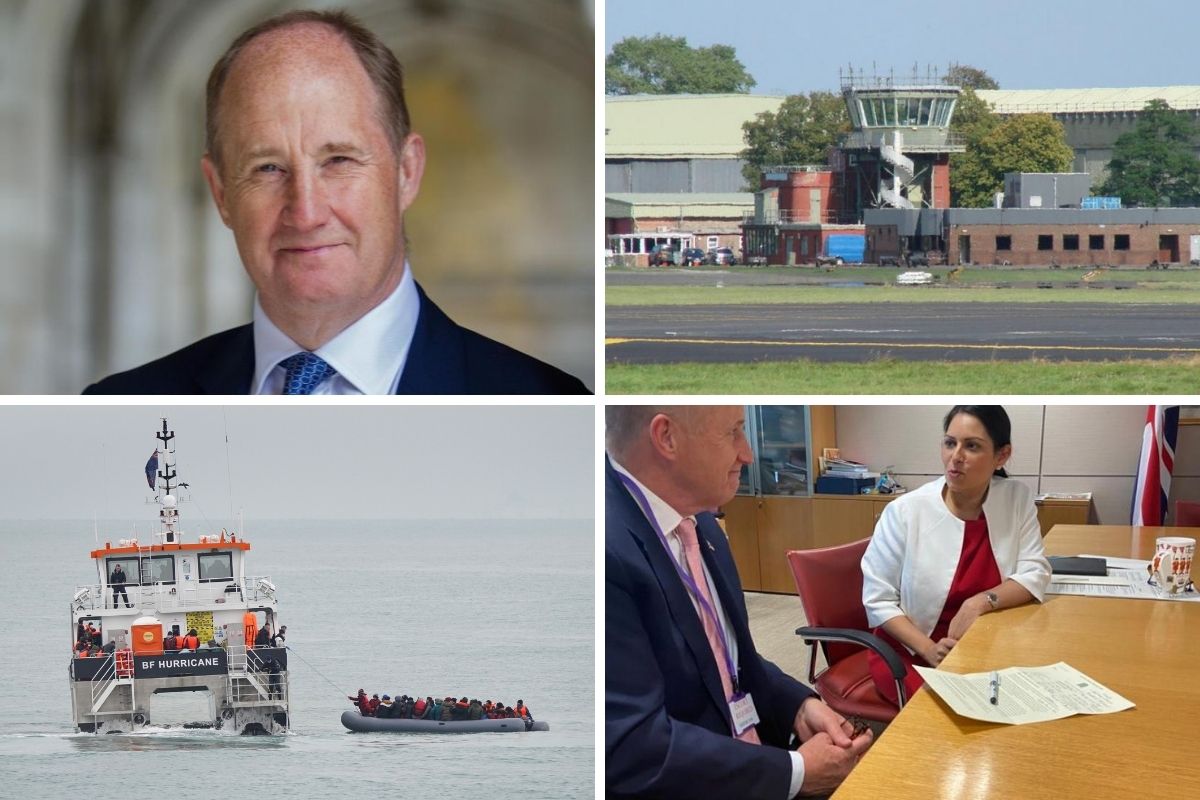 MP Kevin Hollinrake has met with Home Secretary Priti Patel calling on her to reverse a decision to set up a reception center for up to 1,500 asylum seekers at Linton on Ouse.

The Home Secretary revealed on Tuesday that the center would open ‘in the next six weeks’.

And he has now written to her to say: “I do not believe that the small rural village of Linton-On-Ouse is the appropriate place to house up to 1,500 young, male asylum seekers.”

In his letter, Mr Hollinrake stresses that there is still confusion about who exactly would be housed at the base.

And he adds that an asylum center housing 1,500 refugees would be just too big to be sited next to a tiny rural village of 1,200 people.

“I have asked your ministers and official this on a number fop occasions and am yet to receive the detailed information.”

It continues: “I can understand that in some ways a large, redundant airbase might be seen as a useful opportunity to house such a facility.

“Perhaps if there were a much lower number and these were families, possibly including some of those seeking refuge from the Russian invasion of Ukraine, it would be different. “However, the current proposal of 1,500 young men in an open camp in the heart of a small rural village is not workable, sustainable or acceptable. It simply cannot be that availability of the site dictates the appropriateness of the location.

“While supportive of providing safe harbor and government accommodation for those fleeing persecution, I do not believe that the small rural village of Linton-On-Ouse is the appropriate place to house up to 1,500 young, male asylum seekers.”

Interviewed by The Press after his meeting with Ms Patel, Mr Hollinrake said he had been told that the reception center would be an ‘open access’ facility, although those living there would be required to observe a 10pm curfew.

He said the Home Secretary had told him that there would be facilities at the base for asylum seekers – including a football pitch, a library and a cinema.

He had been told that dental and health services would also be provided.

But Mr Hollinrake said there would still be a drain on services for local people. “There is very limited access to GP and health services, and NHS dentistry is not available at any local surgeries,” he said.

He added that there had been no consultation with local people before the announcement was made.

And he told The Press: “If I get an opportunity to oppose this scheme, I will do so. It is in the wrong place.”