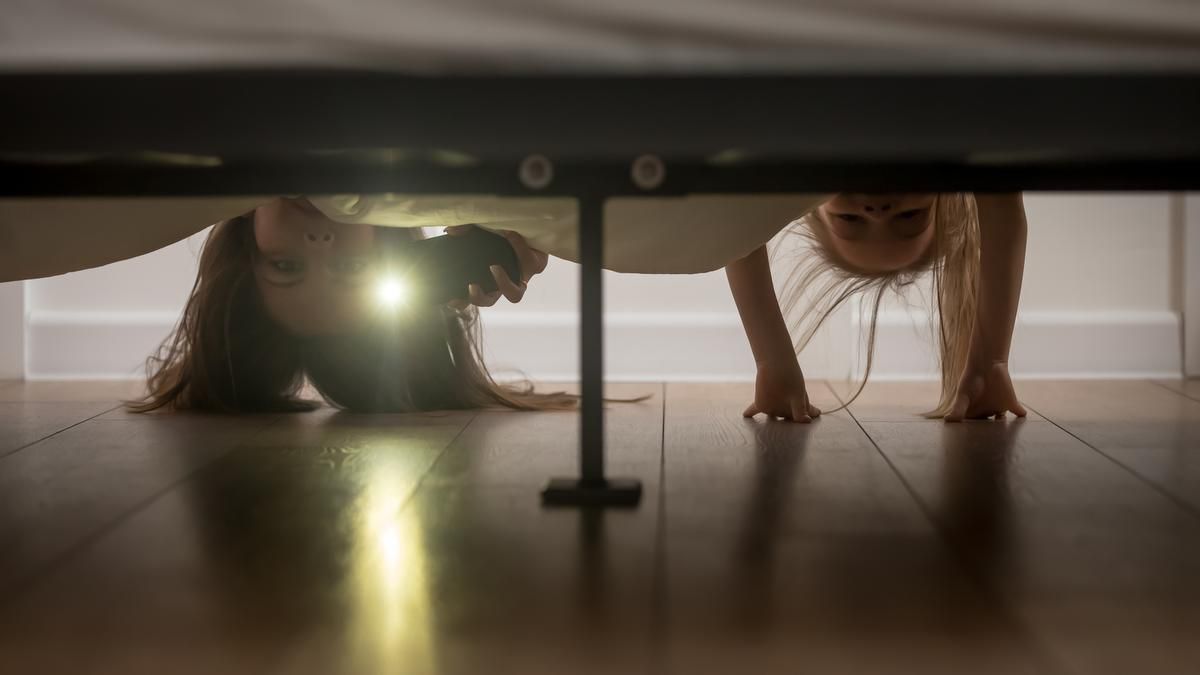 A friend was visiting at the weekend and I asked how her daughter was doing. It’s been a long time since I’ve had a chance to think about a sixth grader, and the world is a very different place than it was when the boys were that age.

The conversation turned, as always, into how we deal with children’s fears.

In retrospect, my parents were light years ahead of their generation for many. My mother sometimes let us stay home when she felt that we only needed a day of mental health. They weren’t called that, of course, and it didn’t happen often, but I knew I didn’t have to fake a stomach ache to roll myself in a blanket on the couch and watch TV or read a book. I knew I shouldn’t milk it, and she knew that a child’s worries were small, on the whole, but overwhelming for that child.

“We still have to do some monster-under-the-bed stuff,” said Steph. No matter how much the world changes, there will always be monsters under the bed.

“I get on my hands and knees looking for monsters under the bed,” she said.

My little sister and I shared a room and we made up elaborate games that usually involved jumping from bed to bed because the floor was on fire or the monsters crawled out from under our beds and grabbed and pulled little girls’ ankles us to the bowels of the earth. I remember paralyzing myself with fear using just my imagination, which turned out to be pretty great training for living in the world we have now.

We inevitably made too much noise and mom would come in and tell us to get out or she would send dad in. The sudden light from the hallway would drive the monsters away, put out the fire, and we’d settle down. However, if sleep didn’t save one of us, we’d be right back there.

I find it interesting that all children are worried about monsters under the bed. When you look at the origins of most of the fairy tales we all grew up with, it’s not difficult to see why. Cheeky children who are eaten by wolves, others lured by candy huts, with a cannibalizing old woman who stokes her fire, a charming piper who leads children away from their parents; All stories are designed to get kids to behave. My parents never warned, “Stay in bed or the monster will get you” because they didn’t have to.

When I pretended to sell this house in 2017, Jeff, my handyman who remodeled the house, made a list of everything to do. My nursery did not have a cupboard door, although the notches from old hinges were still there under several layers of paint. He asked if the door was in the garage or in the basement. I said it wasn’t.

I didn’t think much of it then. Things changed quickly and I just added “Closet Door” to the shopping list and carried on. It wasn’t until Steph and I were talking that I realized why it was missing.

When my mother sent our father in with the old green flashlight to reveal that there were no monsters under our beds, we had shifted our fear. They were in the closet. The monsters outwitted us. Searching the cupboard with the light didn’t help much, especially when we told ourselves the doorknob was moving. I’ll never know if he was going to reassure his little girls next or just make us fall asleep.

He removed the closet door.