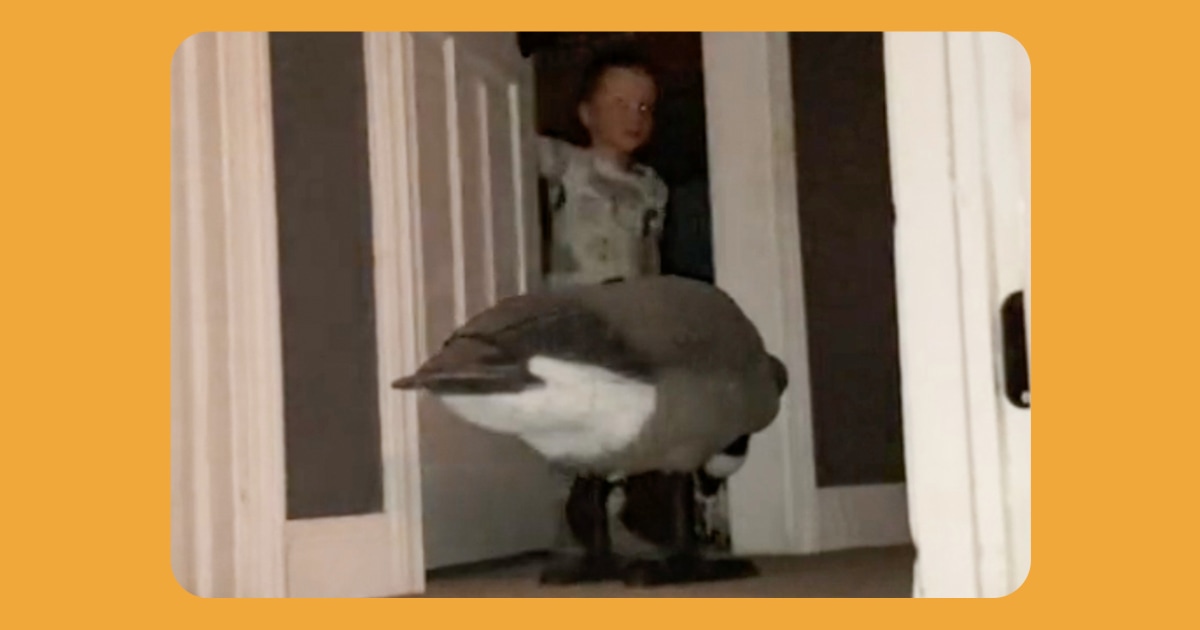 A woman’s tactic of leaving her children in bed at night makes the internet honk with laughter.

Last month, Taylor Bliss put a plastic goose in front of the room shared by her sons Bentley, 5 and Caydin, 3. Then she filmed her reaction to the creepy hunting lure.

“My mother-in-law brought the goose and Caydin was totally freaked out for some reason,” Bliss, 26, of Utah, told TODAY Parents. “I thought, ‘I’ll have fun with that later.'”

In a video posted on TikTok, Caydin opens the door, then quickly slams it when he sees the goose. He also lets out a scream that is comedy gold.

Bliss, who was hiding in the hall, can be heard giggling.

“My boys keep getting up after I put them to bed,” she explained. “’Mom, I need a drink. Mom, I need another hug. Mom, I didn’t say good night to the dog. ‘ I mean the excuses are endless. I couldn’t believe that my plan actually worked. “

Bliss’s clip has garnered over 11 million views and thousands of comments on TikTok.

“It’s such a fowl,” joked one person.

Another was added: “You heard from Elf on the shelf, now get ready for the goose at large.”

Bliss said she had to think of another scare tactic.

“You are no longer afraid of the goose,” she explained. “They tore his head off and then chased me around with it. I think it’s an amortization! “

Rachel Paula Abrahamson is a writer for TODAY.com writing for the parenting, health, and business industries. She was previously a senior editor at Us Weekly. Her bylines have appeared in the New York Times, Good Housekeeping, Redbook, and elsewhere. Rachel lives in the Boston area with her husband and two young daughters.