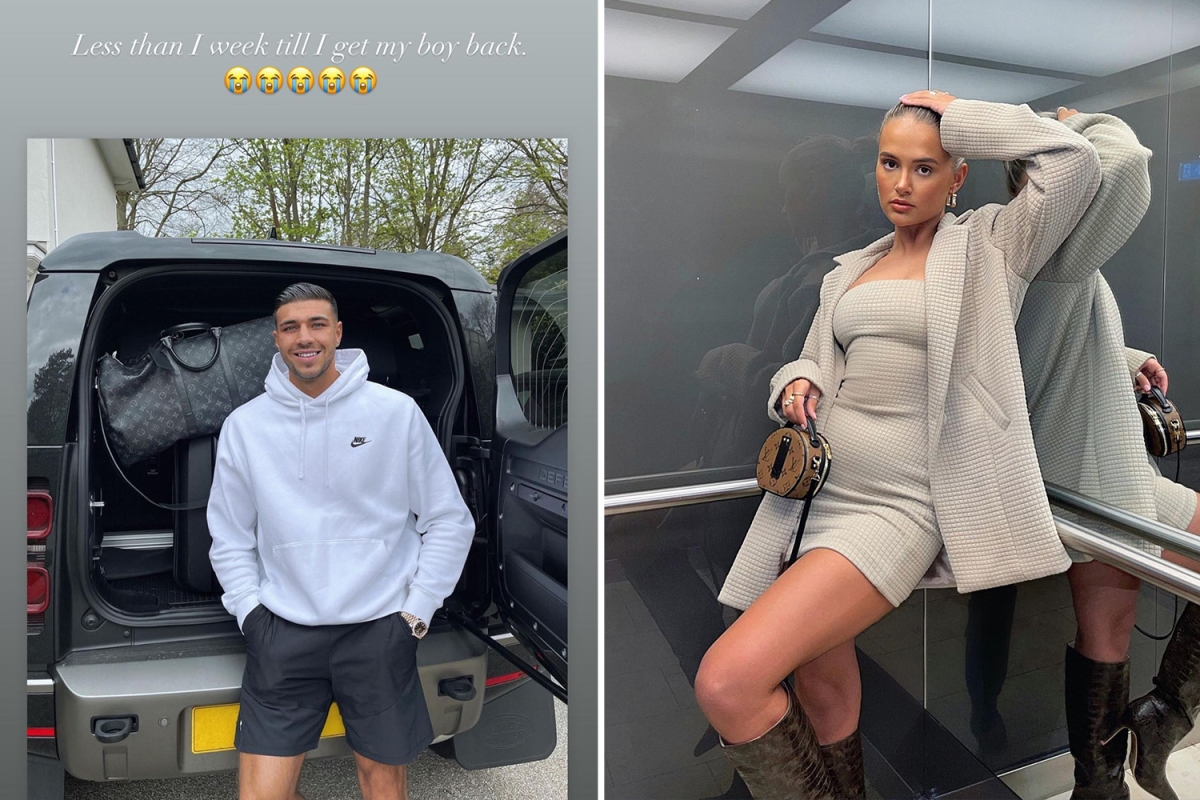 MOLLY-MAE Hague has admitted she hasn’t slept in the same bed as her boyfriend Tommy Fury for EIGHT weeks.

The 22-year-old has been forced to spend months apart from the boxer who is busy training in America.

The couple who met in 2019 on Love Island admitted they have become “really good at long distance”.

But admitting she’s counting down the days until they’re reunited, Molly-Mae said: “Less than one week until I get my boy back.

“Eight weeks not sharing a bed has not been for me.”

She shared a post of Tommy celebrating that he’ll compete this week following an intense training camp in the US.

“And just like that… it’s fight week,” he said.

The couple have been forced to sacrifice seeing each other as they focus on their careers in recent months.

Despite the long distance, Molly insists she trusts her beau “not to cheat”.

Molly-Mae, 22, opened up on the Diary of a CEO podcast, saying that despite spending “weeks on end” apart, having “trust” means she never worried about him being “around a load of girls”.

“We don’t see each other for weeks on end at the moment,” Molly-Mae explained. “We’ve become really good at the long distance thing, I don’t know why.

“One thing that I find so key in our relationship, and it’s the most important thing in any relationship, is trust. We have complete and utter trust in one another.

“He could literally go away for weeks on end and there’s not a doubt in my mind that if he was to be around a load of girls, I could sleep peacefully at night knowing that he’s for me and I’m for him and that’s that .”

The star added that she felt all they needed to survive the tough times apart was “trust”, concluding: “You’ve got trust, you’ve got everything.”