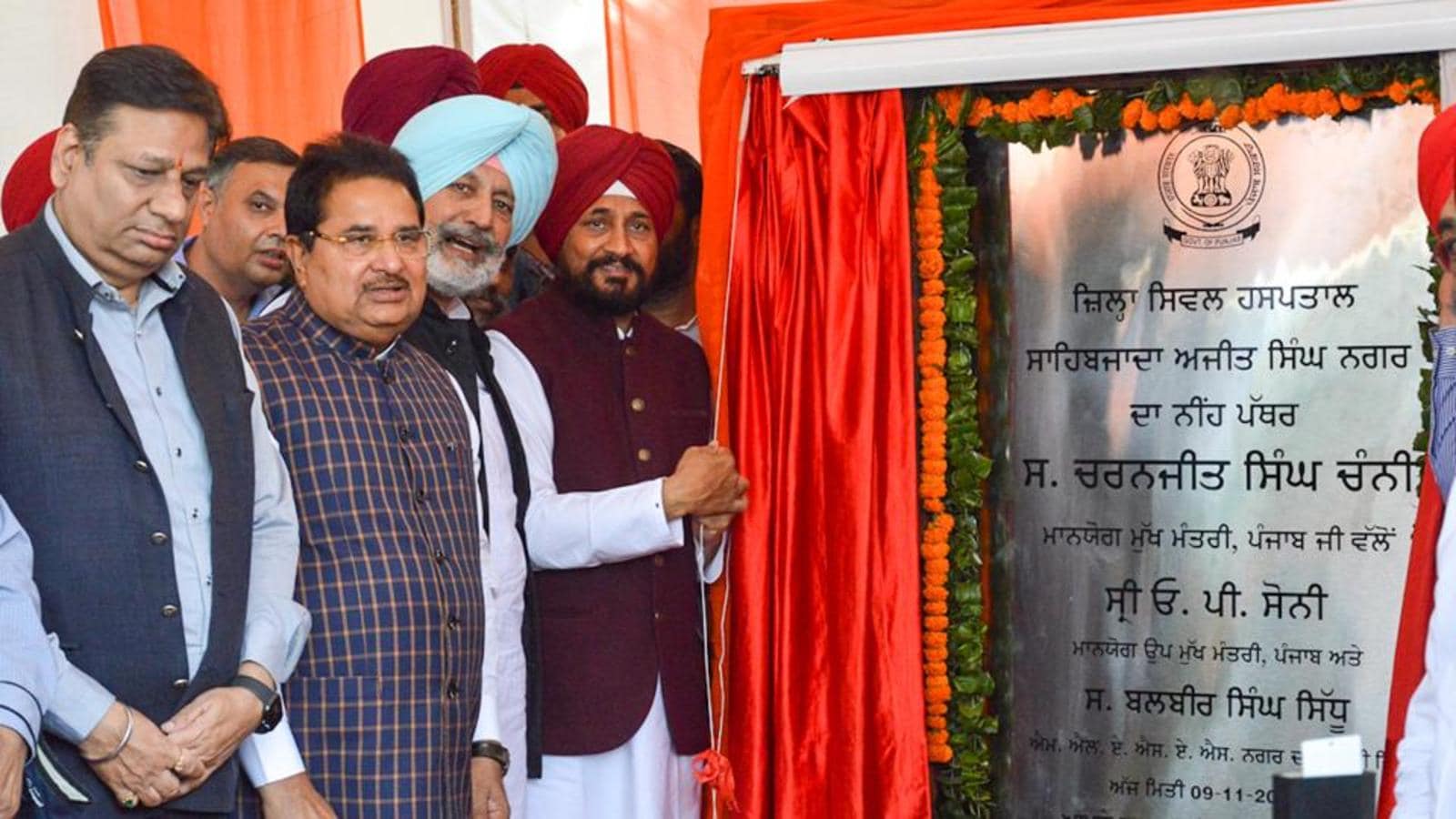 The Chief Minister of Punjab (CM) Charanjit Singh Channi laid the foundation stone on Tuesday for the state-of-the-art civil hospital with 350 beds in Sector-66, Mohali, which was to be named Sahibzada Ajit Singh Civil Hospital.

Speaking at the event, CM Channi said that in fulfillment of the Congress Party’s pledge, this new civil hospital would ensure that the best health services are provided to the people of the region, apart from those coming for treatment from distant areas of Punjab. He said this new hospital building will be built at the cost of ₹40 crore, and it would provide a 24 hour emergency service in addition to OPDs and wards for all specialties.

In June of this year, the Greater Mohali Area Development Authority (GMADA) allocated 8.72 hectares of land for the construction of the new civil hospital as the existing civil hospital was converted into a medical college in phase 6 – Dr. BR Ambedkar State Institute of Medical Sciences. The new hospital should be ready in two years.

Amarjit Singh Sidhu City Mayor said the hospital could care for the vast majority of the local population, including Dera Bassi.

Since the National Medical Commission (NMC) sent a letter of intent for 100 MBBS seats to the Dr. BR Ambedkar State Institute of Medical Sciences, admission will begin from this academic session. The college is affiliated with the Baba Farid University of Health Sciences in Faridkot.

Deputy Prime Minister OP Soni, who is also in charge of the health department, said Mohali Medical College will have 500 beds and approval will soon begin with 250 places. He said, “With this remarkable achievement, our capacity to produce doctors has increased to 1,500 a year.” The institute, which operates under the auspices of an autonomous society – the Dr. BR Ambedkar State Institute of Medical Sciences Society – is the fourth state medical college in Punjab and the first in 48 years.

The CM has also sanctioned ₹10 crore for an auditorium in Mohali and the construction of 25,000 houses for the EWS section across the state. He said that SANADs (Proprietary Rights) would be provided across the state under the Basera program.

The CM accepted the request from MLA Balbir Singh Sidhu and announced easing for stall owners to build a second floor. He also announced ₹10 crore for holistic urban development, ₹7 crore for the laying of the synthetic track in the sports stadium, sector-78, expansion of the pharmacies in Saneta and Gharaun as PHC or CHC and bus station for the city.

Channi-Balbir Sidhu buries the hatchet, praises one another

Balbir Singh Sidhu, who was once close as former CM Capt Amarinder Singh since he lost the Ministry of Health, sulking, appears to have mended the fence with Chief Minister (CM) Charanjit Singh Channi. Channi paid a visit to Sidhu’s residence on October 4th to appease him. During the foundation stone laying ceremony of the civil hospital in Sector 66 on Tuesday, CM and MLA Sidhu showered each other with praise. It is learned that both Channi and Sidhu, who had tense relationships for the past two decades, decided to bury the hatchet and work together for the development of the state during the event. Channi recognized Balbir Sidhu’s efforts in developing his constituency and said the party wanted to give him a bigger role at the state level. Previously, Balbir showered Sidhu Channi with praise, saying that a simple man had become the state’s prime minister.