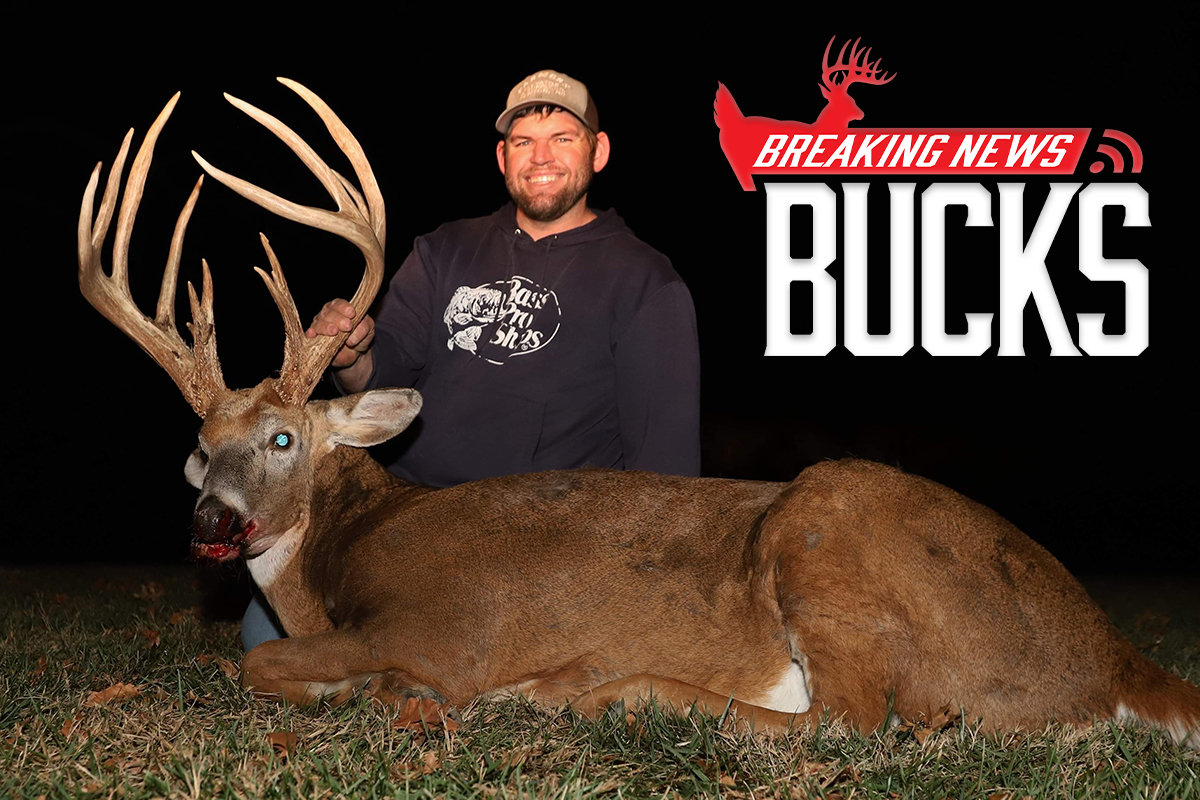 Ryan Jacks is as devout of a Missouri deer hunter as they come. This season, he followed a 200-plus-inch buck. With trail camera photos and in-the-field sightings, the game of cat and mouse was very real.

“It’s my getaway from the world,” Ryan says. “It is just like playing chess. It’s addicting, because if you’re not two steps ahead of him, he’s going to outsmart you.”

He’s been hunting his entire life but started intentionally targeting specific mature bucks about three years ago. It’s been a ride ever since. This season, he hunted on a property owned by a family friend, which eventually led to a massive whitetail. He invested nearly two weeks of hunting days pursuing this deer. He had two encounters during bow season, but Ryan never closed the gap.

Eventually, on Nov. 14, 2022, everything clicked. The morning sunrise brought 34-degree temperatures and light snow. He was hunting along a transition line between big woods and ag fields. He overlooked a pond in front. A ridge led down into a bowl, which is where deer bedded most of the time. With a rifle in hand, he hoped the buck made an appearance. Now, he had a little more firepower to use.

The morning hunt didn’t produce. Things picked up rather quickly that afternoon, however. After a while, Jacks looked down toward the pond and spotted antlers in the thick cover along the pond bank. After a quick study Ryan realized the big deer was bedded down right there.

Contemplating the shot, Ryan decided to try it where he was. The deer was slightly quartering away, and he could clearly see the buck’s vitals. The buck was only 130 yards away, which is a chip shot for a .270. So, he went for it.

The gun barked, and the buck never left its bed.

“I felt relief that he was down,” Ryan remembers. “The ground growth was insane, because I never got a super solid look at the deer. Pure excitement. That’s a deer of a lifetime. They don’t make many that size.”

Looking back, he owes this hunt to an observation sit, the aid of a SpyPoint cell cam and guessing correctly where the deer was going to be based on wind direction. He also used HuntStand to give him an idea on the wind, and then he checked it on the ground before sneaking into his hunting spot.

Video That May Interest You

“This deer means a lot to me,” Ryan says. “It taught me to bid my time and learn before getting too aggressive. It made me sit back and think before making a move. It also taught me just how little mature deer move during daylight hours.”