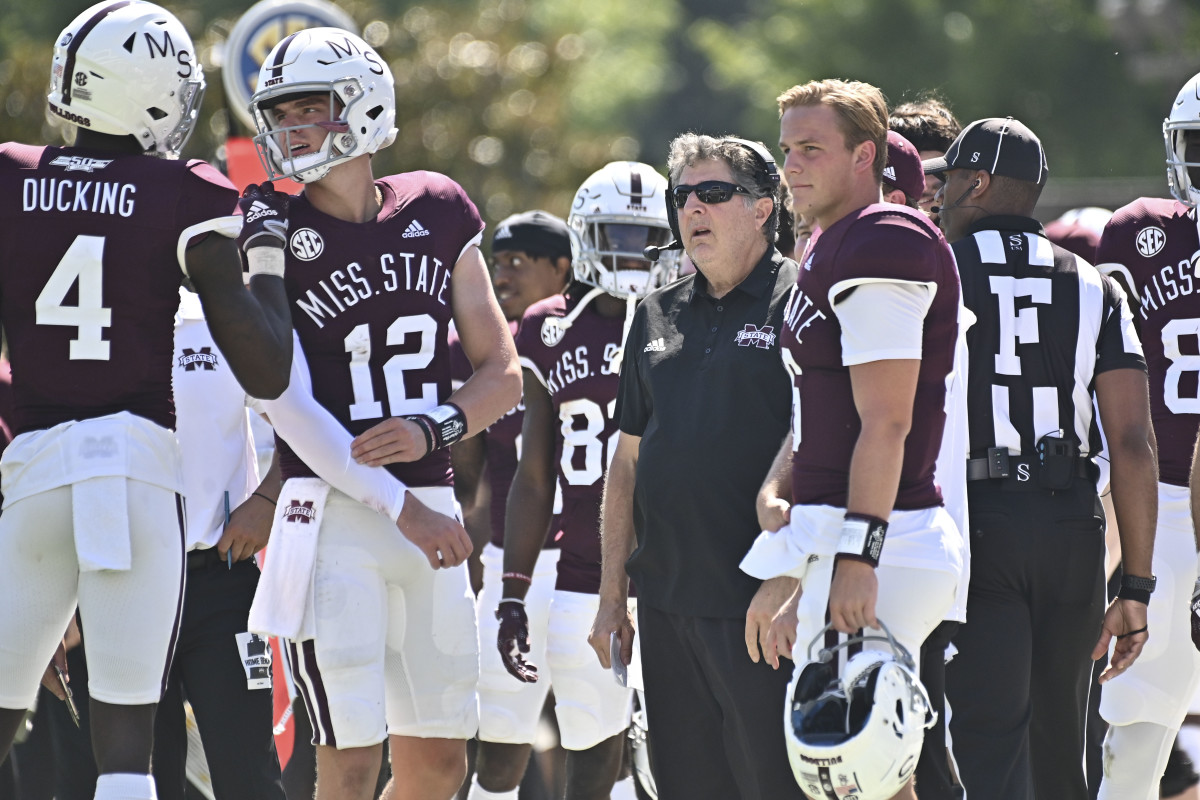 There were plenty who said Hal Mumme was ruining football when he brought the Air Raid offense alive at a small school called Iowa Wesleyan in small-town Mount Pleasant, Iowa.

Instead, he revolutionized a program that never had any type of previous relevance to something that caught attention and the concepts in which he used equally changed the world of football at all levels. Today, Air Raid plays exist in the high school, college and NFL levels of football and there are teams at all three of those levels that run it either in its purest form or nearly its purest form.

While Mumme was the founder of this offense, Mike Leach was with him every step of the way, beginning as an offensive line coach and offensive coordinator with Mumme at Iowa Wesleyan after spending time at Cal Poly, College of the Desert and the Pori Bears abroad . He stayed with him until he departed to Oklahoma as the offensive coordinator and quarterbacks coach, going on to become the head coach at Texas Tech and Washington State before landing at Mississippi State.

Despite the fact that Leach and his Air Raid offense have completely turned around every program he has been with (if you take a trip to Lubbock, you’ll find plenty who talk about how badly they wish he was still there), there have been Plenty of doubters of Leach’s way of doing things in an era where “run the damn ball” and “defense wins championships” are such popular sayings that several analysts and coaches alike affiliate themselves with.

There are several false narratives that have surrounded the term “Air Raid” that have already been dispelled, yet continue to be said, though the number of people who seem to be as loud about them seems to have got smaller by a significant bit. That tends to happen when you make it to No. 16 in the rankings while facing the toughest schedules in the nation.

Those fallacies range from that the Air Raid is too simple to the point that its players don’t translate to the NFL, that its quarterbacks’ numbers are inflated (usually this is accompanied by something in regard to that the majority of them come from yards after the catch as well) and that it is a ‘dink and dunk’ offense.

Anyone who has taken even a moment to look into those knows that this is an offense that keeps quarterbacks honest because of how often they’re asked to throw the ball and puts arguably more responsibility on them at the line of scrimmage than any other type of offense does. There have been several quarterbacks who came up in the Air Raid offense who have been successful NFL starters, with Patrick Mahomes serving as the primary standout.

And it’s safe to say Bulldogs quarterback Will Rogers isn’t exactly doing too shabby as he has now broken multiple program and SEC records, currently leading the nation in passing yards and with a very real shot at being a Heisman Trophy candidate and potential early round 2023 NFL Draft pick.

As for the latter, Leach had a message for those who label it as such in his Monday press conference as his quarterback has begun to garner even more praise for the talent he has shown on the deep ball.

“The dink and dunk label, I just think that every time I hear that, that says more about the person that refers to it as that than it does the Air Raid, really,” Leach said. “Well, the whole NFL doesn’t seem to think that it’s dink and dunk. That’s why they’re all running Air Raid concepts, right?”

There was a point in time that Rogers was getting some criticism ranging from the thoughts that he was a “system quarterback” or couldn’t succeed as a deep passer for a range of reasons, one of them being the Air Raid label and the unfounded stigma that surrounds it.

Now, as one of the top quarterbacks in the country under Leach and in that Air Raid offense, Rogers leads into multiple downfield passing categories. Those include completion resulting in gains of 20 yards or more (26), touchdowns thrown 20 yards or more down the field (7) and a PFF deep passing grade of 95.4.

“As far as the deep stuff, that’s kind of a two-way street,” Leach said.

The bigger chunk plays and successful deep passes come down to more than arm strength and the ability to do it himself. When Leach came to MSU, he had one of the youngest teams in the nation that was transitioning from a totally different scheme on either side of the ball and spent the first year of that without a true offseason, forced to learn the majority of the new way of doing things over zoom during COVID.

With some added experience and continuity, the deep passing game naturally comes together more. That doesn’t have anything to do with the Air Raid.

“Number one is the receivers and their technique as far as running the route. Number two is the quarterback’s ability to throw it. Number three is then there’s this kind of this bridge you have to cross as far as the whole ‘field of dreams’ things they say. You know, ‘if you build it, they’ll come.’ Well, if you run it, he’ll throw it.

“There’s a point to where you’ve got to kind of force it a little bit because until they run good vertical routes and make good vertical catches, the quarterback doesn’t trust them to throw it. But until he throws it, they’ re not going to make those catches. We kind of have been going through those growing pains, continue to, but we’re making progress.”

With Kentucky on the horizon and several upset wins under his belt over these three seasons with the Bulldogs, Leach is proving that he’s capable of competing with the best of them. He’s leading a team that has lacked national respect for years to high relevance in the toughest conference in the nation while still doing things his way.

And it’s easy to get the sense with the track this team is on, the mentality and buy-in rate and success on the recruiting trail that this is just the tip of the iceberg for what Leach is building in Starkville.