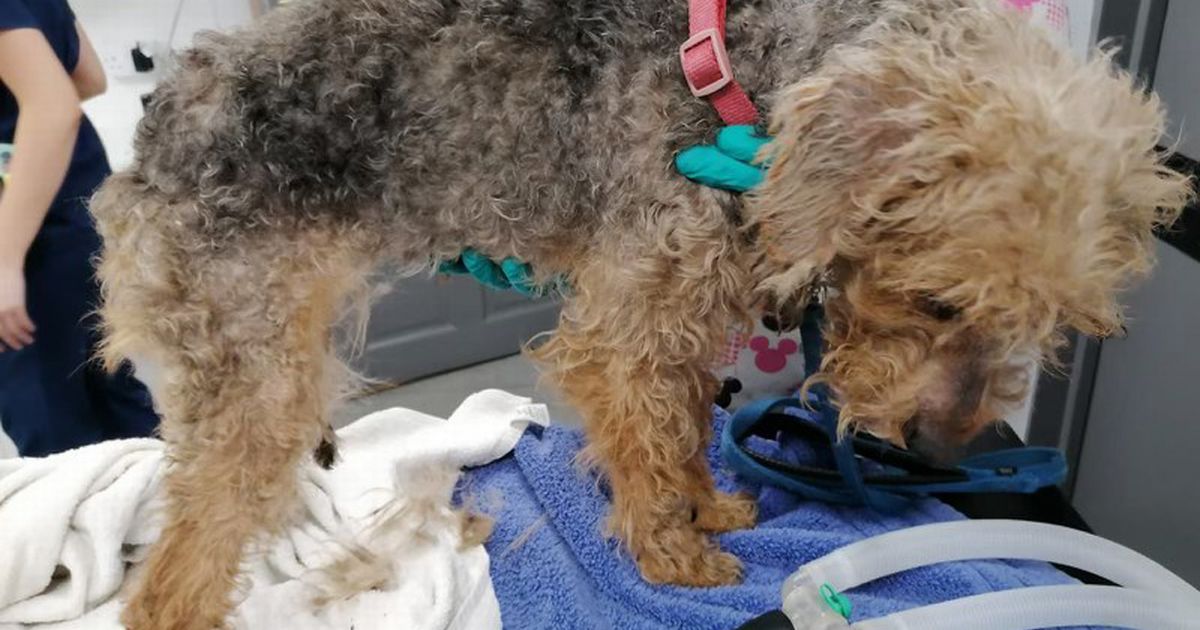 Horrified bystanders thought it was a teddy bear that was thrown from the driver’s side window at about 5.45pm on Friday in Yalding, Kent

Freya was thrown out of a flat-bed truck traveling 50mph in Yalding, Kent on Friday

A puppy that was thrown out of a flat-bed truck at 50mph miraculously survived.

Horrified bystanders thought it was a teddy bear that had been tossed from the driver’s side window at about 5.45pm on Friday in Yalding, Kent.

When they rushed to help they were shocked to discover it was a one-year-old terrier cross, who was malnourished and dirty.

The pup, who has now been named Freya, was wrapped in a towel by Deborah Hollingdale, who watched the scene unfold.

She said: “The woman in the car behind saw an arm stick out of the driver’s window and threw something out as they were going about 50pmh.

This one-year-old terrier cross was found malnourished and dirty
(

This one-year-old terrier cross was found malnourished and dirty)

“She thought it was a teddy bear at first, then she saw it was a dog which ran onto my drive. I found her, she wasn’t making any noise.

“The first thing I noticed was that she looked starved. She was just skin and bones, you could see her hip bones poking through.

“Her fur was matted, she was covered in her own mess and she smelt terrible. It was clear she had been living in her own filth.”

Deborah rushed the injured dog to a local vet for immediate emergency treatment and has since visited to check on her recovery.

She added: “She’s still very thin, she’s getting lots of small meals to help build her up gradually. She gave me a little lick when she saw me, it broke my heart.

“I’m so thankful she survived being thrown out of that van. Given the state she was in I don’t think she’d have survived much longer living in the conditions she was being kept.”

Vets alerted the RSPCA, who are now investigating, after finding Freya was underweight, suffering from fleas and had a matted, dirty coat.

Inspector Kirsten Ormerod, of the animal welfare charity, said: “Freya was incredibly lucky to survive after being hurled from the moving vehicle at such a high speed and vets were incredibly concerned that she may have suffered internal bleeding so performed surgery immediately.

Sign up for our daily newsletter to keep up to date with all the essential information at www.mirror.co.uk/email .

“Vets are monitoring her closely and have given her pain relief and I am keeping everything crossed that she pulls through after experiencing such callous cruelty.

“Witnesses described her being thrown with such force that she landed on the opposite side of the road, and the vehicle didn’t stop or even slow down.

“We’re following up some lines of inquiry in the local area but I’m really keen to hear from any other witnesses who saw what happened or has any additional information about the vehicle, the people who were traveling in the truck, or Freya herself.”

The RSPCA has released adorable pictures of Freya, who is not microchipped and had no identification tag, with a sparkly bandage around her left paw in a bid to find who harmed her.

Anyone who recognizes the black and tan curly-haired pooch, saw the truck, or has CCTV or dash-cam footage from the area, is urged to contact the RSPCA.