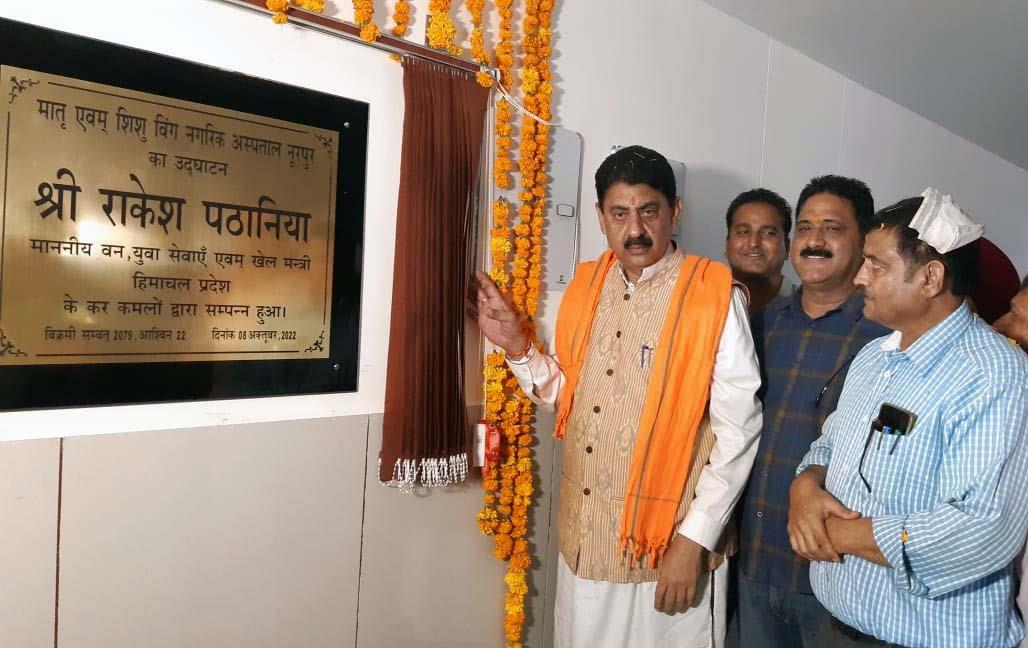 Forest Minister Rakesh Pathania inaugurated a 50-bed Mother Child Hospital (MCH) here today. The state government has spent Rs 13 crore on the MCH building and provided a parking facility and a separate ward for the attendants of patients.

Pathania said that the hospital would benefit the people of lower Kangra areas such as Nurpur, Jawali, Fatehpur and Indora. Earlier, patients, especially expectant mothers and children, had to rush either to Tanda Medical College in Kangra or private hospitals at Pathankot in Punjab.

He said that the Jai Ram Thakur government had earlier upgraded Nurpur’s Specialty Civil Hospital from 100 beds to 200 beds and 31 doctors were rendering services there at present.

“The government has also installed an oxygen-generating plant and provided CT scan and dialysis facilities in the hospital,” the minister said.

Later, the Forest Minister, who is also local MLA, presided over a meeting of the Rogi Kalyan Samiti (RKS) of the civil hospital.

He said that the government had approved the building construction of the new indoor block of the hospital for an additional 100 beds. The RKS secretary presented the annual budget of Rs 1.16 crore in the meeting.