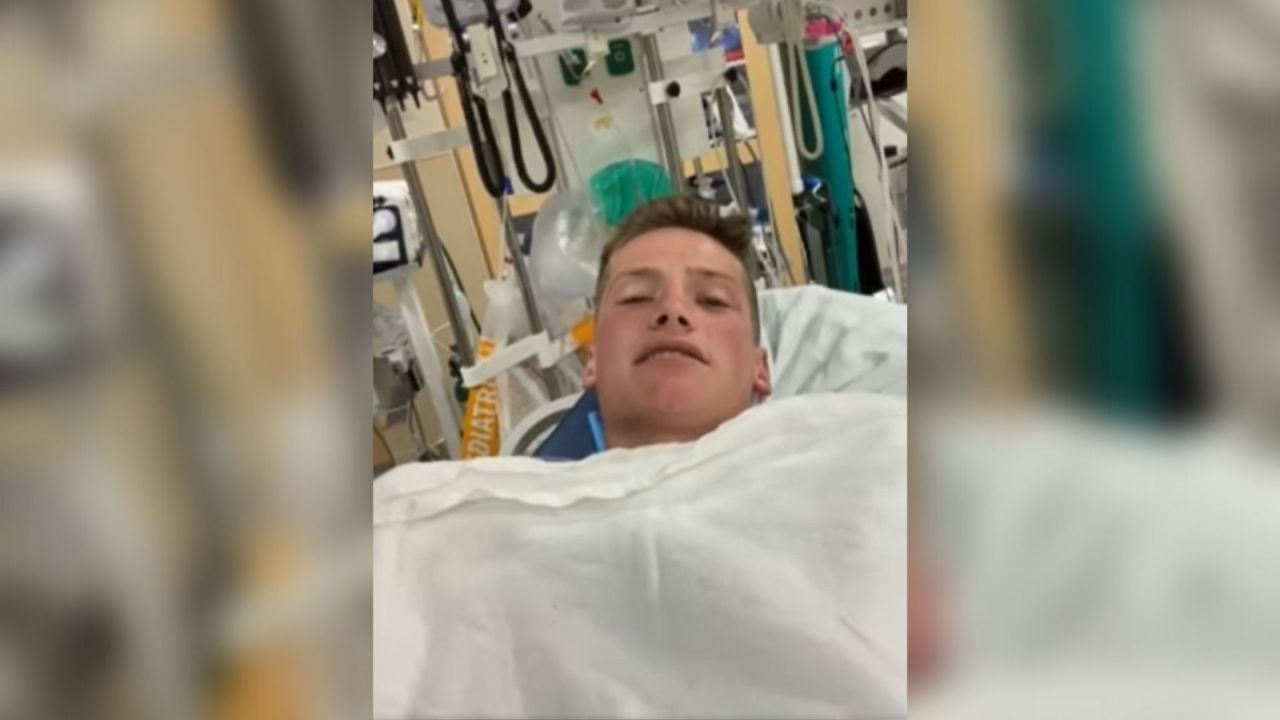 WILLIAMSBURG, Va. (WJHL) — One of the Milligan University student-athletes injured in a crash that ultimately killed Eli Cramer asked for prayers for the team and community from his hospital bed.

Alex Mortimer, a 21-year-old from Lexington, Kentucky, was seriously injured after a vehicle driven by a suspect now charged with driving under the influence hit him and two of his teammates, Eli Cramer and Eli Baldy.

Shortly after 11 pm Thursday, the university posted a video of Mortimer from his hospital bed in Williamsburg, Virginia, where the crash occurred. Mortimer provided an update to the Milligan community on his injuries.

“I was just informed that it seems the worst of my injuries is my broken leg and a dislocated shoulder,” Mortimer said. “I want to exhort and thank all of you all for praying for me, for the Milligan team and for the university and institution.”

On Friday, Lee Harrison with the university announced that Mortimer had also received injuries to his hips and experienced bruising to the lungs, as well as a possible concussion. However, Harrison said Mortimer did not have any serious brain injuries.

The other injured runner, Eli Baldy, 21, of Knoxville, was released from the hospital on Thursday night.

“I want to say that moments like this make you realize what is and is not important in your life, and my exhortation to our school tonight, from Williamsburg, Virginia…. is not, do not forsake or discount the beauty and the gift of life. It is like a vapor, and it flashes before our eyes.”

Mortimer thanked everyone for their prayers and asked for continued support for the Cramer and Baldy families, as well as the rest of the team.

Early Friday, Virginia State Police reported that Jose Efrain Hernández Mancia, 26, of Williamsburg, had been charged in relation to the crash. His charges include:

You can view Mortimer’s entire video by clicking here.