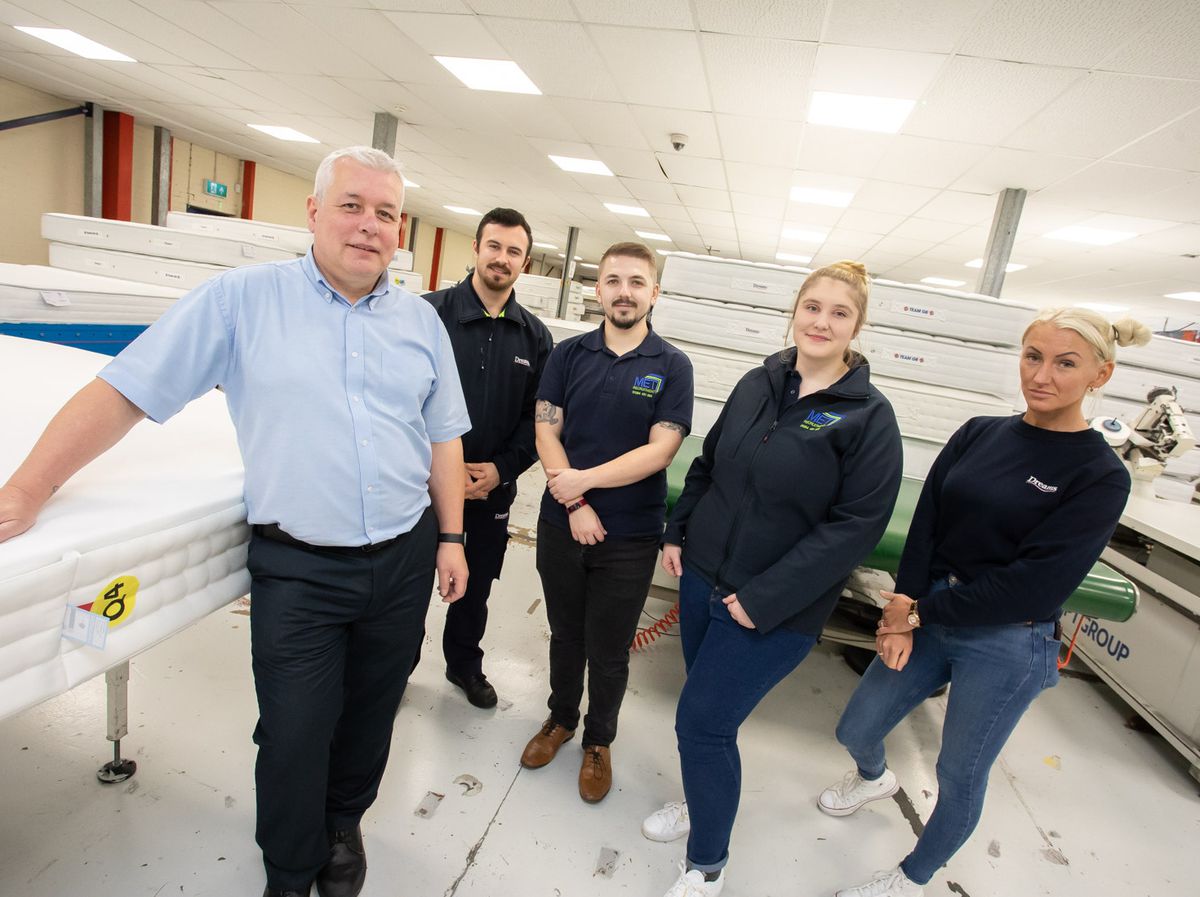 MET Recruitment has overcome the nationwide staff shortage and in the past few months has hired more than 100 people for the UK’s leading bedding specialist, of which another 50 have recently moved up to permanent positions.

Since the beginning of 2021, 110 people have moved up to permanent positions after completing a 12-week trial period in which they can learn the role and see whether they fit into the corporate culture.

“MET Recruitment really understands what we do and has built a strong partnership with us over the past decade,” said John Botfield, production manager at Dreams.

“At any given point in time, we need up to 100 temporary workers in different areas of the company and we know that they have the pool of candidates and an understanding of our roles to find the right people. It is important that you have your own consultant on site at the start of the shift so that we don’t have to think about it as much. “

He continued, “We have been very busy since the lockdown and will be launching another recruiting campaign shortly.”

MET Recruitment, which provides industrial and commercial staff to companies across the UK, began working with Dreams in 2012, providing additional manpower support in the shipping department after an existing supplier struggled with recruiting.

The relationship has grown rapidly and now spans manufacturing and sales at the company’s Oldbury, Smethwick, Tividale and Wednesbury locations, hiring and deploying up to 100 temporary workers at peak times.

Three seasoned consultants work for the account and have developed a clear understanding of the type of people Dreams needs and have a bespoke review process that means a high percentage of the temps will become permanent employees.

They are also on site twice a day – at 6 a.m. and 3 p.m. – to ensure the correct number of people arrive and all newbies are briefed on their duties and health and safety guidelines.

Matthew Hunter, Industrial Director at MET Recruitment added, “We have almost become an extension of the HR team and this has produced fantastic HR results in an extremely difficult environment.

“In addition to our core advertising, face-to-face interviews, and job matching services, we also run introductions, site walk-arounds, and dual advertising to generate as much interest as possible. This was crucial to ensure that the offer doesn’t go down even when there are far fewer candidates. “

Estimated to reach £ 9 million this year, MET Recruitment was originally founded to provide mechanical and electrical skilled personnel and has grown from three people in a small office on the Pensnett Trading Estate to an agency of 18 people own headquarters on Wolverhampton Street in Dudley.

The company’s growth was led by General Manager Robin Tong and supported by two key roles, with Matthew Hunter joining the company in 2011 as Head of Industry and Nella Share three years later to develop the company’s commercial recruitment arm.

Investing in its 360-degree client recruiting solution and the best candidate support infrastructure in the industry has helped secure a strong client base in the engineering, manufacturing, professional services and service sectors.