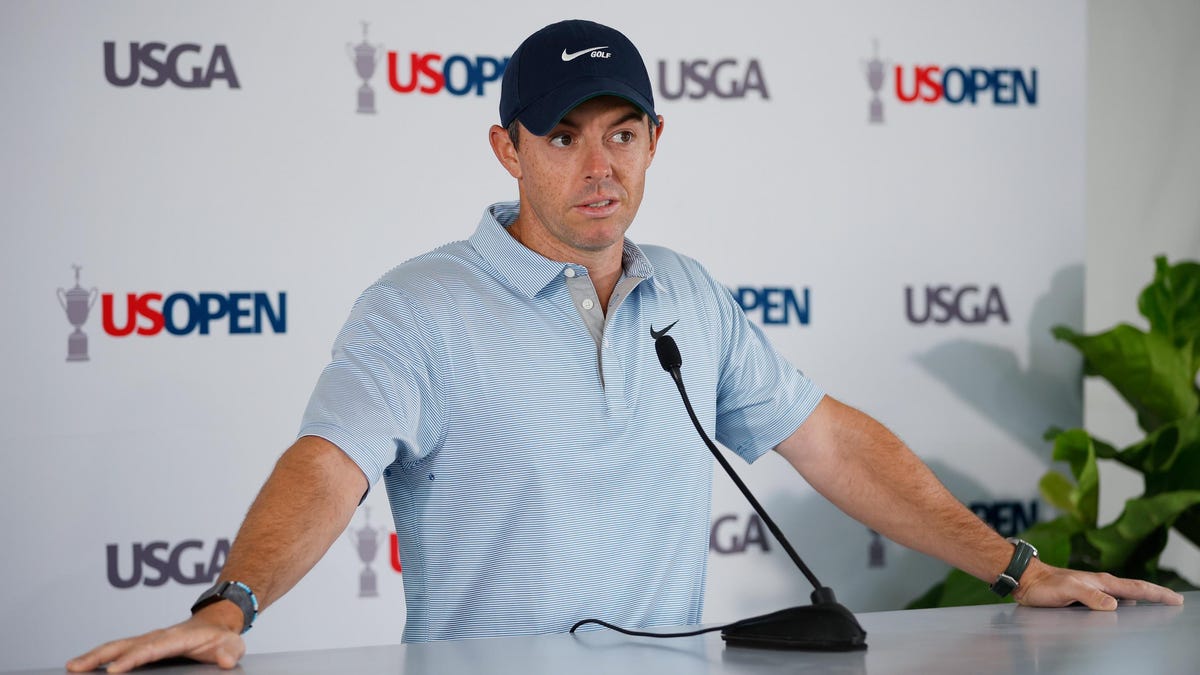 Rory McIlroy made another dig at the fledgling LIV Golf series in a scathing press conference Tuesday ahead of this week’s US Open that will feature golfers from the PGA Tour and its new competitor, as the world’s third-ranked golfer establishes himself as the PGA Tour’s most prominent critic of the Saudi-funded golf league.

Golfers who defected from the PGA Tour to LIV Golf “have made their bed” and must “lie in it,” McIlroy told reporters at The Country Club in Brookline, Massachusetts, referring to the blowback against those joining the new league and their subsequent suspensions from the PGA Tour.

LIV Golf has poached about a fifth of the top 100-ranked golfers from the PGA Tour, fracturing the talent pool on the longstanding PGA Tour and drawing the ire of McIlroy and other top players on the tour.

The 33-year-old McIlroy said younger golfers joining LIV Golf are “taking the easy way out,” and said he was “disappointed” in golfer Phil Mickelson for how he handled his jump.

However, McIlroy said he’ll remain close to golfers who left the tour and added he won’t recruit for the PGA Tour, saying he doesn’t work for the tour but rather it “works for him.”

These are just the latest examples of McIlroy attacking LIV Golf: He called the league “dead in the water” in February, indicated last week those joining the new Saudi league were in it “purely for money” and jabbed at LIV Golf CEO Greg Norman after winning the RBC Canadian Open.

What To Watch For

How LIV Golf and PGA Tour golfers interact during the US Open, one of the sports four majors. Mickelson, Dustin Johnson and Bryson DeChambeau are among the PGA Tour defectors included in the tournament’s field. The US Open’s governing body said last week that LIV Golf players can compete, though the golfers are barred from PGA Tour events.

LIV Golf hosted its first ever tournament last week outside of London to significant fanfare and controversy. Thanks to $2 billion in funding from the Saudi Arabia sovereign wealth fund, the series lured several star golfers with contracts reportedly stretching past $100 million. Last week, the PGA Tour suspended 17 golfers who committed to LIV Golf and said it would also bar any golfers who jump to the new series in the future. Most sponsors of the golfers joining the Saudi-backed league have remained silent, though a handful of those most strongly linked to the PGA Tour have dropped their sponsorships of the players. Former President Donald Trump is a strong backer of LIV Golf, and his country clubs will host two of its 2022 tournaments.

Trump, Saudis Join Forces To Stick It To The PGA (forbes)

LIV Golf: Who’s In And What We Know About The Saudi-Funded League Launching Thursday (forbes)