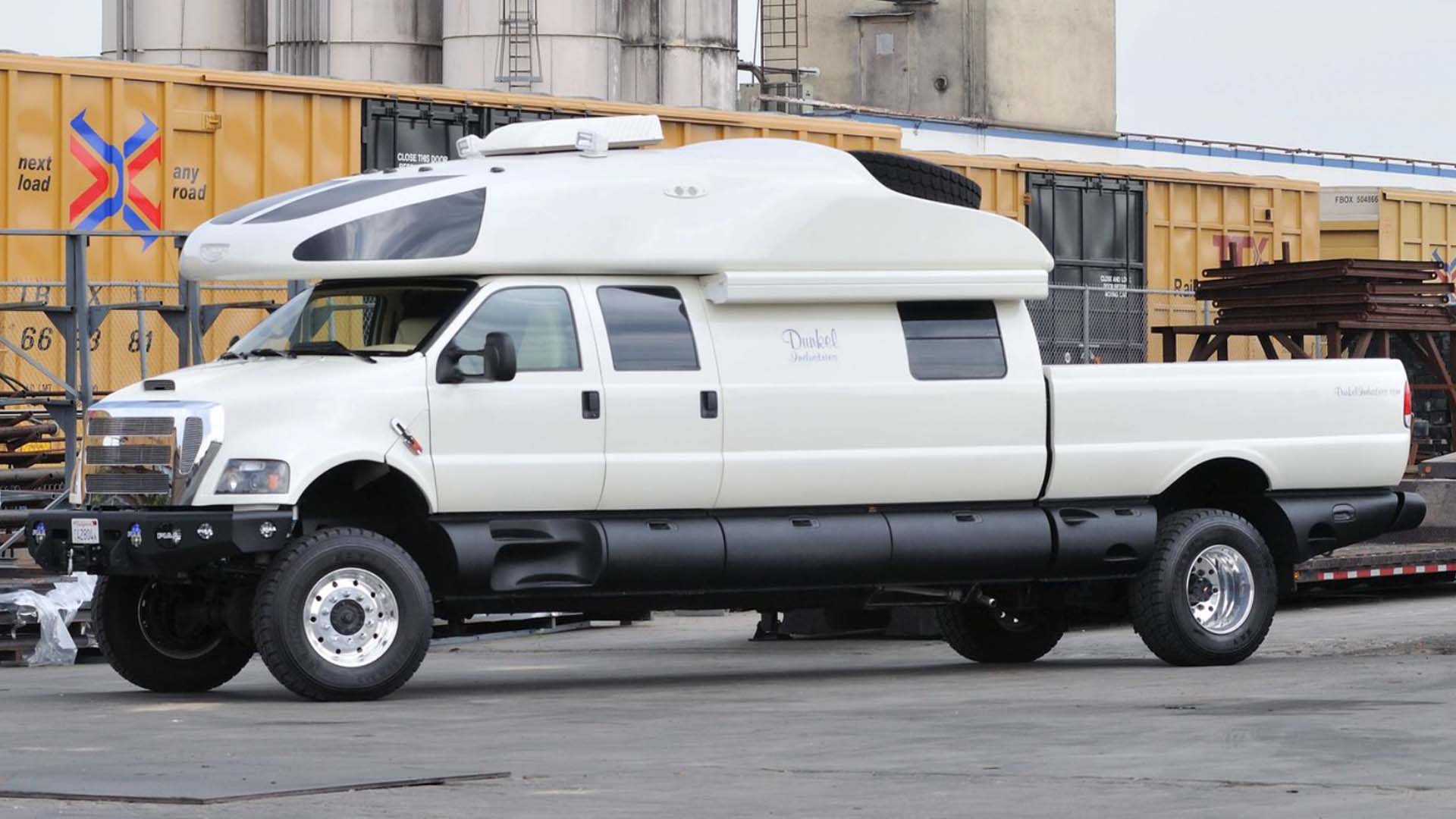 If anything, that’s just an added bonus given all of the luxurious living features inside the rig. When the diamond pattern on the rug matches the quilted leather seats, you know you’re having a good time. The rear passenger door shows a step similar to that of a city bus, perhaps because it’s about the size of one. What a city bus does not have, however, are fully-fledged bedrooms, a bathroom with a shower that provides instant hot water without propane, a sink, a stove and a living room with a flat-screen TV as the centerpiece.

You’ll notice the air conditioning upstairs, as well as the two full-fledged spare tires mounted up there. And now you are probably wondering what drives the world cruiser. Put simply, it’s a 300-horsepower Caterpillar diesel that produces 1,200 pound-feet of torque. Thanks to that, it will cruise at 70 mph and likely sip through its 60-gallon fuel supply in a hurry.

It seems puzzling why anyone would spend so much money building an RV that does essentially the same thing as everyone else. After all, Mecum says, Dunkel spent $ 20,000 on the wiring harness alone, which was needed to run all of the Kenwood entertainment, the air compressor, and so on. But the reasoning becomes a bit clearer when you find that this behemoth is actually much lighter than a regular RV – it apparently weighs around half that – and it can pull more.

This could really be the most extreme example of buying someone else’s project, which isn’t always a good idea; However, this project seems complete, and you can buy it for around 10 percent of the price it took to build it.

Do you have a tip or a question for the author? Contact them directly: [email protected]