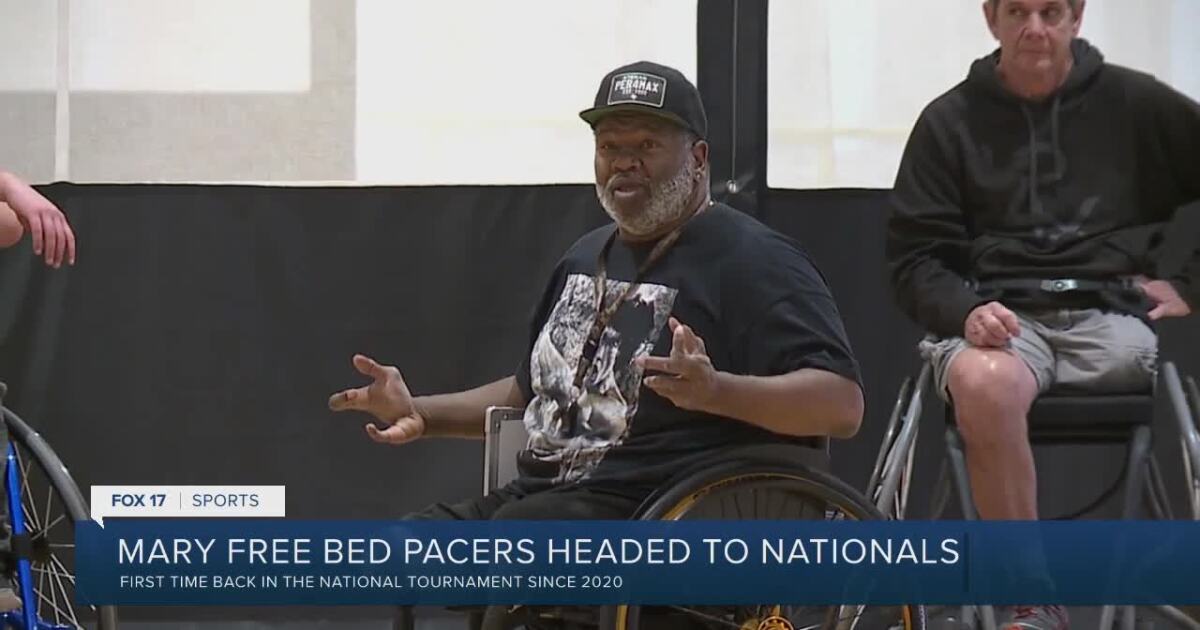 KENTWOOD, Mich. — “This is our March Madness, this is our happy time,” says Coach Lee Montogomery.

Tournament season is here for the Mary Free Bed Pacers.

“Oh my gosh it’s so exciting it’s been a while since we played obviously we had a whole season off because of Covid, not just the national tournament. it’s really exciting,” said Lianna Newbeck.

For the first time in two years, the team headed back to Wichita, Kansas to represent West Michigan in the National Wheelchair basketball associations national championship.

“Just getting back there to see the teams and the friendships and the family atmosphere you know is the main thing,” said Randy Welsheimer, a Newaygo County native and Pacer team member.

Randy Welsheimer is currently the oldest active wheelchair basketball player in the country at the age of 66, but he says, his younger teammates are the reason they play so well.

“They’ve played together since they were young kids and it’s their time. That time comes for a lot of teams and it’s our turn,” said Welsheimer.

Players like Lianna Newbeck, a senior at East Kentwood, are a part of that young group. She’s thankful to have found this sport as a kid.

“It was amazing to get into this because I hadn’t even really known anyone with any disabilities before going into basketball and now I know people with the same condition as me and it’s just really awesome,” said Newbeck.

The Pacers Division 1 team is ranked 5th going into the tournament. Head Coach Lee Montgomery has been leading the Pacers for 34 years and thinks his team has what it takes to win.

“The last tournament we were at, we went 4-0. And now all we have to do is win three games to be the number one in the country so I’m pretty sure, I could see it happening. But they’re going to have to work for it,” said Lee Montgomery.

The team only has one national championship since they started that was back in 1989. They’d like to change that this weekend.

“Hopefully we come back number one, this is a good year for us. We can possibly make that happen,” said Montgomery.

You can find the bracket for the tournament here. We will provide updates through the weekend when the Pacers compete.