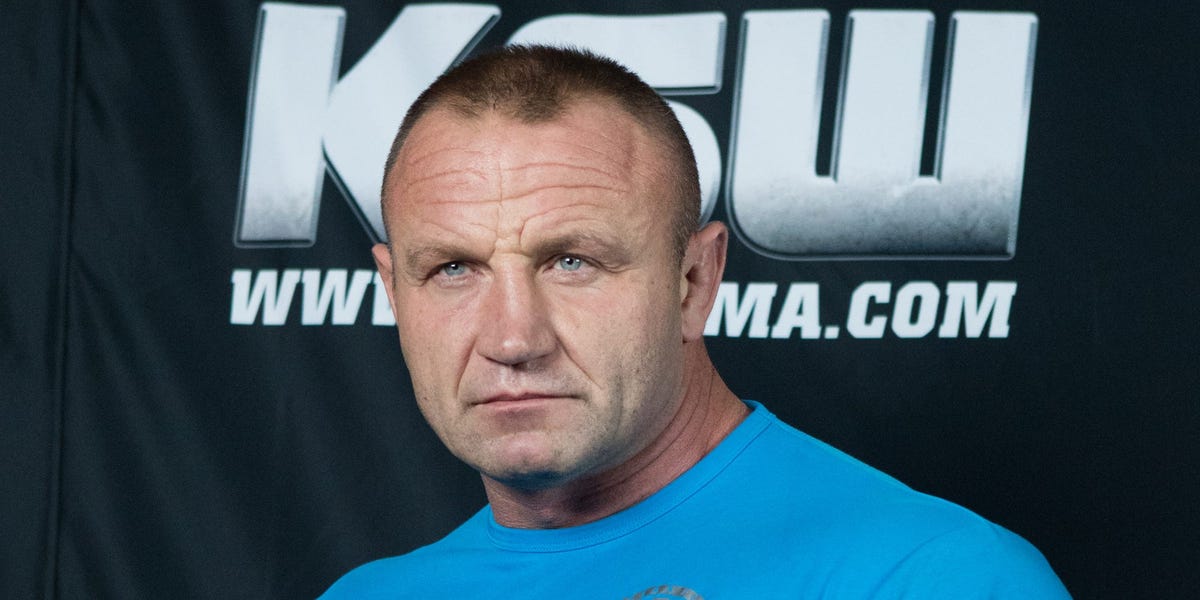 Power-lifting MMA fighters may have more in common with us than we originally thought.

Sure, they can throw an obscene amount of weight above their head, body slam opponents at will, and separate people from their senses with a significant strike, but they can also devour confectionery like it’s a professional sport.

That’s the message we’re getting from iconic strongman and ultimate fighter Mariusz Pudzianowski, who claims he snacks on “30 bars of chocolate, two cartons of milk, and five pounds of ice cream in bed.”

Speaking to MMA Fighting this week, the 45-year-old said: “I eat whatever I want, whenever I want, and I always have these beautiful muscles on my body.”

The Polish competitor won the World’s Strongest Man title a record five times, and is a heavyweight fighter in one of Europe’s most prominent fight firms KSW.

Pudzianowski has a per MMA record of 16 wins (11 knockouts and five decisions) against seven defeats. He is currently riding a four-fight winning streak that bucked a skid of two losses in a row.

“MMA is a different sport than strongman,” said Pudzianowski. “I must change everything.”

The veteran athlete said he trained for eight years to change his body from one suited for strongman competitions, to one that’s appropriate for fighting in a cage.

“For eight years of my training I wasn’t capable of doing the whole 10 minutes, like two rounds in MMA. So it’s totally different, weightlifting and MMA is like two worlds.

“Even the strength in MMA and in weightlifting is totally different,” he said. “It’s not like you can lift 300 kilograms in strongman, it doesn’t mean that the strength will be as good in MMA because it’s a different kind of strength.”

Pudzianowski is ranked second in KSW’s heavyweight division, behind No. 1 contender Darko Stosic and the champion of the division Phil de Fries.

Pudzianowski returns to KSW to headline a Saturday event in Lodz, Poland, against Michal Materla.