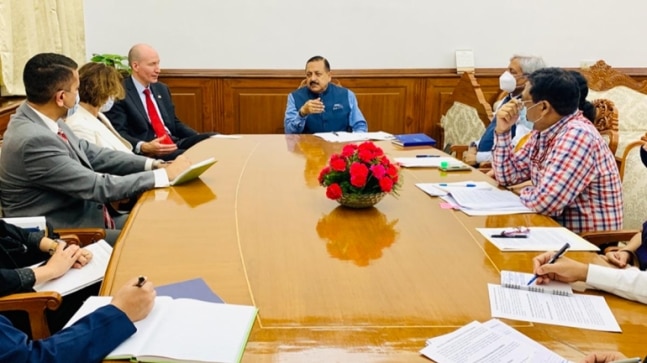 Marine minerals extracted from coastal and marine sources will be vital to India’s future economy, said Dr. Jitendra Singh, Minister of State for Earth Sciences. He added that metals like nickel and cobalt play an important role in promoting renewable energy technologies, which are necessary to address the challenges of climate change.

The minister inaugurated the new buildings of the Institute of Minerals & Materials Technology in Bhubaneswar, saying that the institute is an R&D laboratory of national importance in minerals and materials technology to address the industry’s problems for its sustainable development.

“India has emerged as one of the leading nations in marine scientific research and is now actively involved in exploring the resourceful seabed to meet the country’s future energy and metal needs. The Deep Ocean Mission initiated by the Modi government heralds a broader horizon of resources to enrich the blue economy, “said the minister.

He noted that steps are being taken for close coordination and collaboration between IIMT and NIOT (National Institute of Ocean Technology), Chennai, to accelerate progress in the development of India’s blue economy and the use of its marine resources, and added that efforts to develop appropriate technologies for more effective mining of some of the deep sea mineral resources and exploitation of gas hydrate resources.

This 25-ton ship, named after Lord Vishnu’s fish avatar and roughly the size of a minivan, will examine the area through acrylic glass windows and take samples with crab-like robotic arms. The Matsya 6000 under the Samudrayan Initiative is capable of carrying three people in a titanium alloy personnel sphere in an enclosed space 2.1 meters in diameter with an endurance of 12 hours and an additional 96 hours in an emergency.

Jitendra Singh said that the focus of research and development at CSIR-IMMT over the past seven years has been to empower Indian industry to meet the challenges of globalization by providing advanced expertise and advisory services for the commercial exploitation of natural resources are made through the public-private partnership (PPP) approach.

The main objective of the Common Research and Technology Development Hub established at CSIR-IMMT is to offer technological solutions, support entrepreneurs and start-ups and facilitate their incubation. Its primary goal is to promote and promote innovations in MSMEs and to support them with R&D or knowledge-based support in the field of new materials and chemical processes.