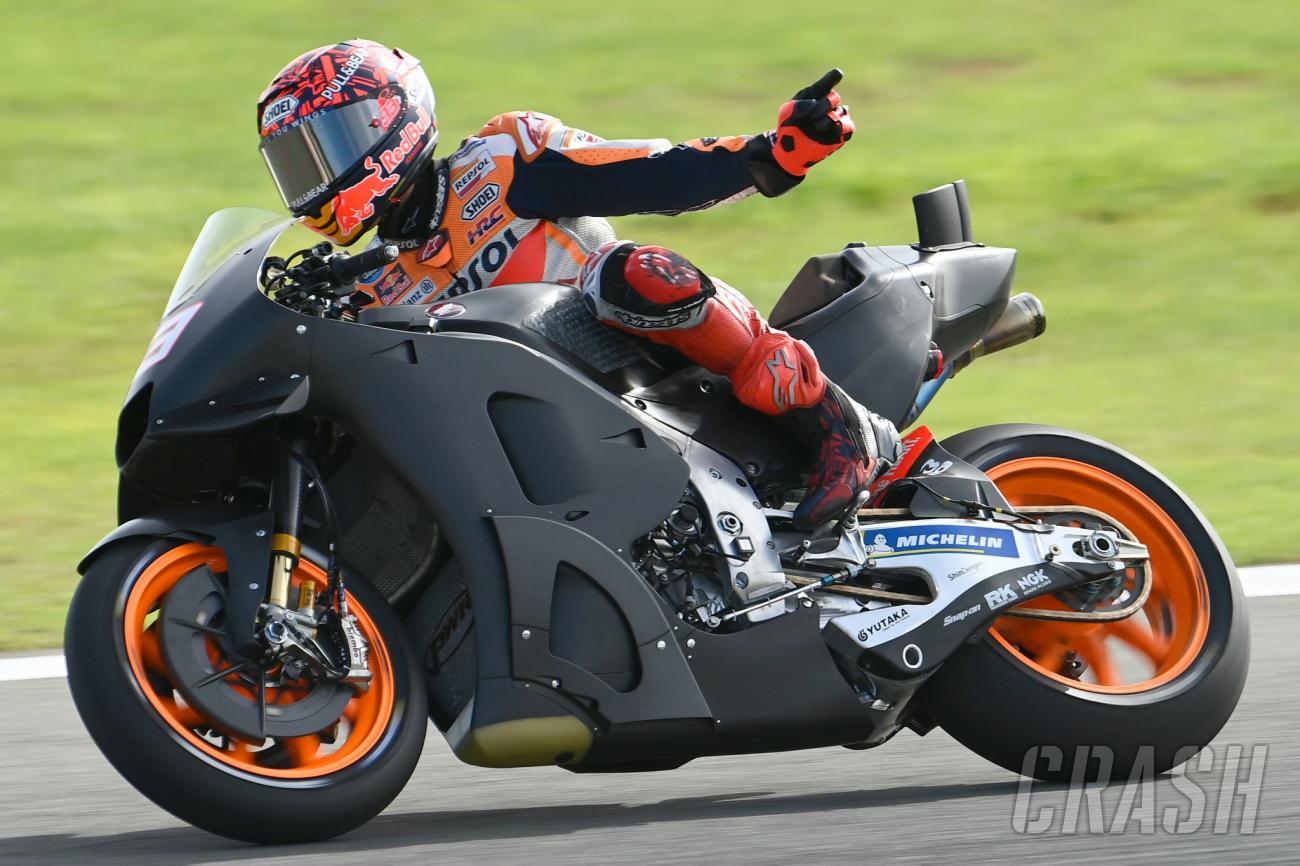 The Repsol Honda rider hasn’t added to his six premier class titles in the past three seasons, as his injuries have racked up forcing him to question if he could ever return.

But despite a fourth major surgery Marquez ended a disastrous season for Honda by claiming a pole position and a podium finish to take him into 2023 with some optimism.

“I would like to fight for the title,” he told Teledeporte.es.

“It’s a new challenge, because until 2020 my career had been idyllic, a bed of roses.

“Now I have lived the other side of the coin, injuries, etc. It’s not easy, because the injury has been hard.

“I am obliged to prepare myself as best I know, to reach the maximum to go to war.

“We have a lot of work to do, the tests in Valencia did not go as we expected. Honda is the only brand that can react to such a situation.”

Marquez’s end-of-year highs were dampened at the postseason test when he emerged from riding his 2023 prototype with criticism.

Jorge Lorenzo has warned him: “Marc wants to continue winning the world championships and now with Honda he cannot.”

Marquez has launched a defense of Alberto Puig, the Honda team manager who oversaw the terrible 2022 season.

“He is crucial because he is honest,” Marquez said about Puig. “When a person is honest and speaks straight to you, normally this person doesn’t have a lot of friends.

“Alberto is honest. Inside the team, a person like this is most important.”