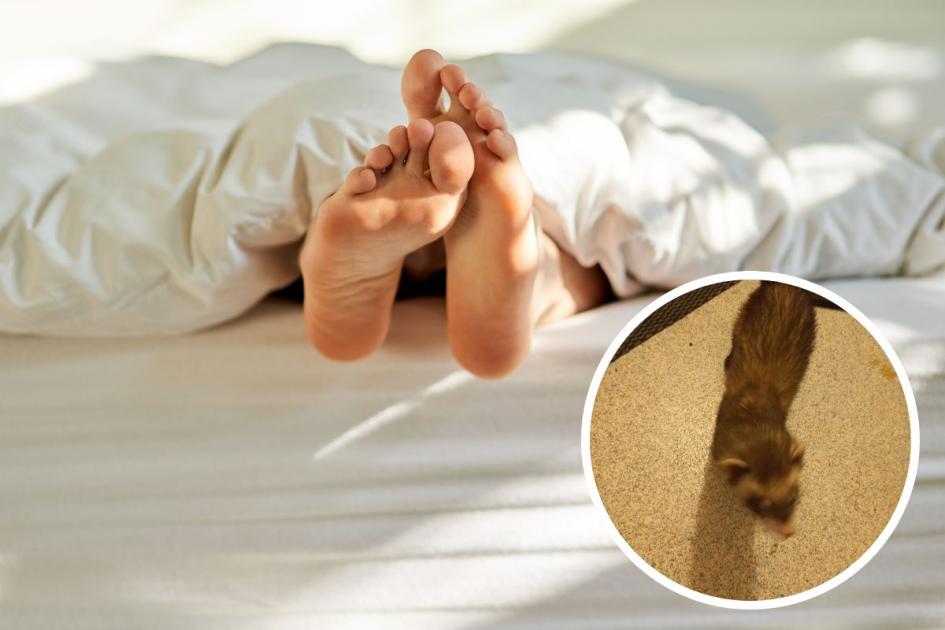 A Park South man was given quite the shock when a neighbor’s ferret broke into his house and got into bed with him in the middle of the night.

Mark Morcombe, 40, Park South, says he was almost asleep at 4am when he started to feel something licking the outside of his ankle and slowly moving up his leg.

He says he then shot out of bed when he had the horrific realization that his cats don’t ever go under the duvet and the thing that was licking him was something else.

After turning on the lights, he discovered a small furry animal peering at him and realized that it was a ferret.

The next morning he posted about the lost animal on the Park South community page and discovered that it was missing from a neighbor’s home and it was then reunited.

It is believed to have got through his catflap.

“I just assumed it was one of my cats trying to get comfy and it wasn’t until it crossed over my hip that I suddenly realized to my horror that it wasn’t,” Mark said.

“At that point, I shot out of bed and it ran out the room, I was thinking to myself ‘what the hell’ which is when I turned on the light and saw what it was. I didn’t know where it had come from or how it got in.”

He then went downstairs with the intruder following close behind and it then started to nudge the cat’s food bowls before going out and coming back in via the cat flap.

“The cats were there the whole time and they were staring at me with a look on their face as if to say ‘what is that and why is it here?”

In the morning Mark put posts up on social media to try and track down the prospective owner of the ferret.

It said: “Anyone lost a ferret in Park South? It found its way into my bed last night, scared the crap out of me.”

Shortly afterwards the worried owner of Womble the ferret who lived around the corner from Mark, was found.

“They came to get him but during the night he went under the decking and that’s where he stayed. We managed to get him out and now he is home with his family now and is sleeping.”