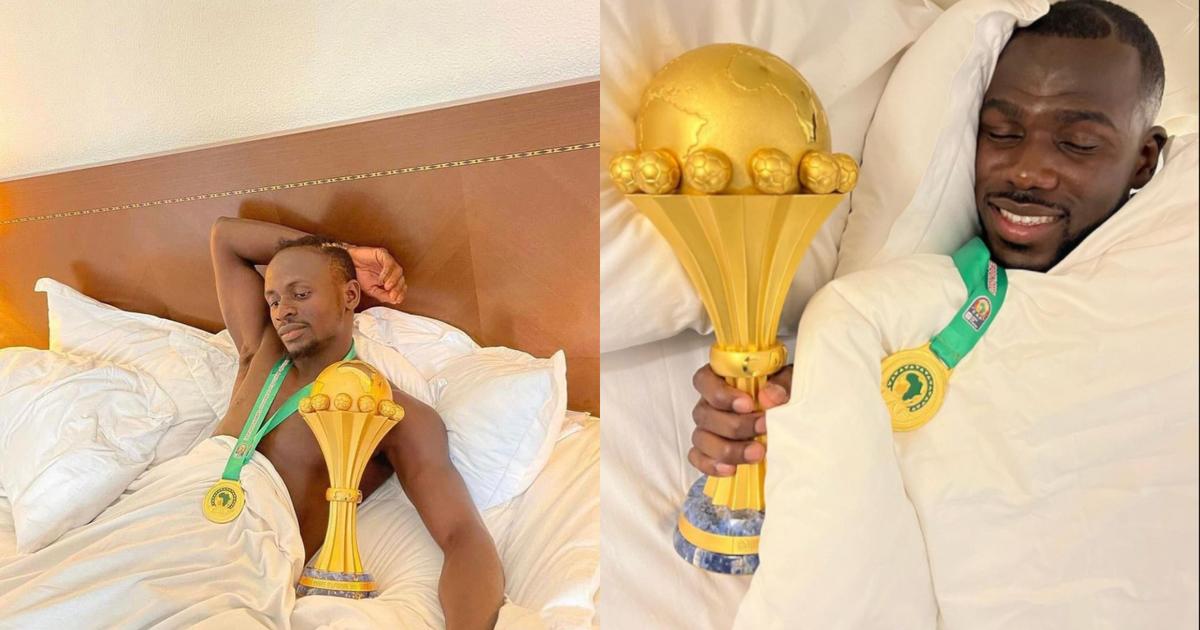 The Lions of Teranga defeated seven-time champions Egypt on penalties in the final following a goalless draw in regulation and extra time.

Mane was the hero as he scored the winning penalty in the shootout to make amends for his earlier miss during the game.

Koulibably, who is the skipper of the side, was also a rock at the heart of defense and helped to shut out Mohamed Salah and co.

Meanwhile, the President of Senegal has declared today, Monday, February 7, 2022, as a national holiday after the country’s AFCON victory.

President Macky Sall was very supportive of the Lions throughout their campaign in the tournament in Cameroon.

He was captured watching the final with other government officials and expressed his delight after the national team won the AFCON.

Supersport reports that the President also canceled a scheduled trip to Comoros to make time to host the AFCON-winning Senegalese team in Dakar.

A presidential decree announced that Monday will be a national holiday in celebration of the national team’s triumph.

“The president of the republic declared Monday a public holiday, a paid day off, following the brilliant victory of the Lions,” the decree read, as quoted by RTS television.

Senegal were finalists in the AFCON in 2019, but disappointingly lost to Algeria by a 1-0 scoreline.

The Lions had also lost the final in 2002, but have now managed to exorcise their demons by sealing a first-ever continental success.