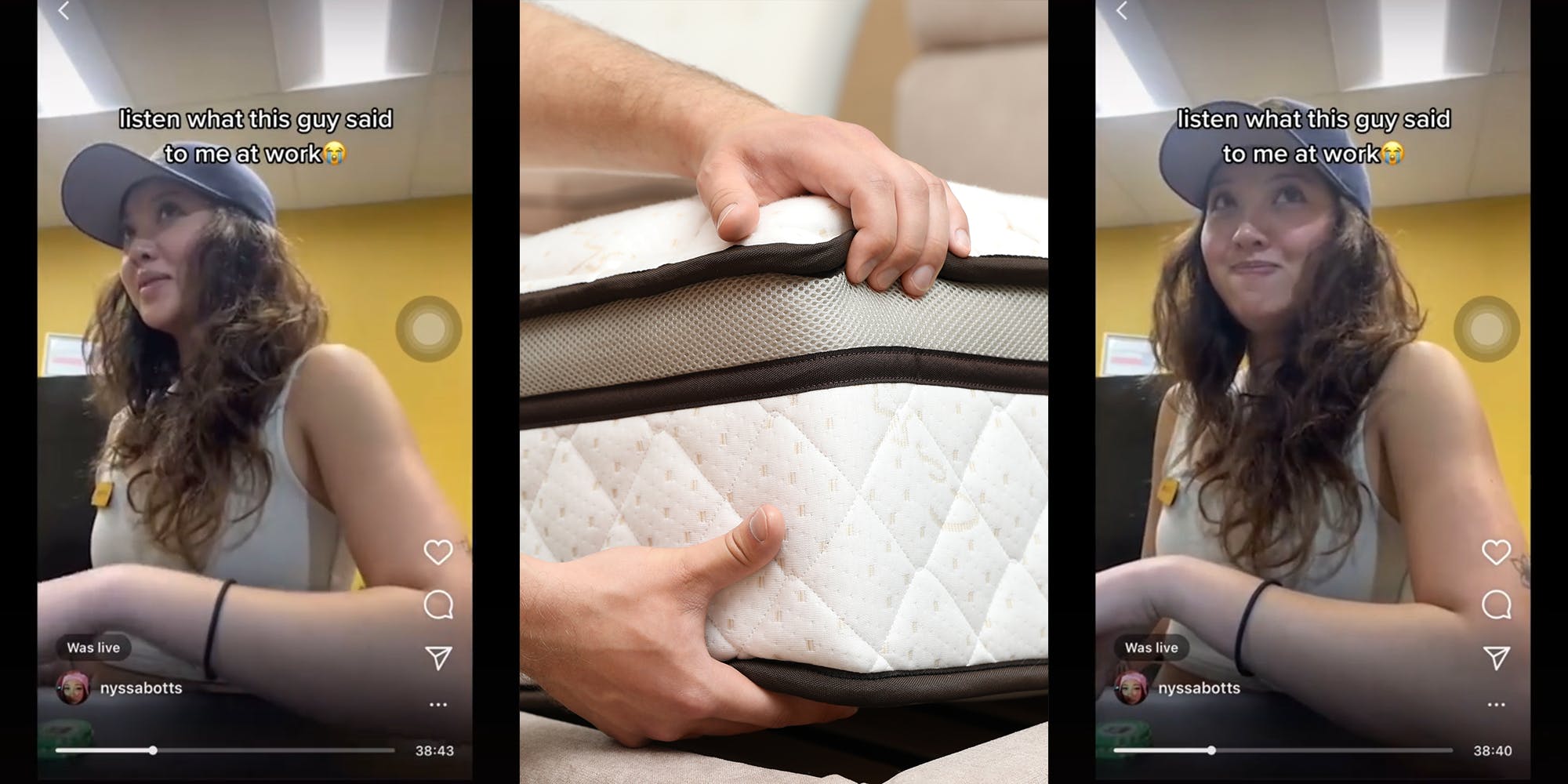 A man was filmed flexing the type of bed he has at home to hit on a woman while she worked. The video garnered 1.4 million views on TikTok, where commenters are roasting his approach.

Off-camera, a male customer asks the employee what she likes to do when she’s not working after complimenting her hair. When she tells him that she likes to sleep, he suggests sleeping together and brags about his king-size Tempur-Pedic bed.

Some commenters couldn’t believe he didn’t stop when she was clearly shutting him down, others speculated as to why.

“Most guys are taught to be persistent in pursing women,” one commenter wrote. “’Don’t take no for an answer.’ Never taught to read if a woman is not interested.”

“just men having no self awareness and not reading the room,” another commenter wrote.

Others laughed at the Tempur-Pedic flex.

“I know he did not just flex the Tempur-Pedic to try ‘n’ seal the deal,” one commenter wrote.

“Why do dudes flirt like they’re in the 3rd grade?” another commenter wrote.

“He said that as if it would change your mind lmao,” a commenter wrote.

Many viewers were confused about why she was filming herself at work—@sukunaspunani clarified that she had been on Instagram Live at the time, which is how she was able to film the exchange.

One commenter pointed out that this is the type of exchange that, without video proof, people might say it was made up for attention.

“I swear people think us girls make up these interactions too!” one commenter wrote. “I’ll have guys say awkward stuff and swear to god no ever believes me!”

The Daily Dot has reached out to @sukunaspunani via Instagram direct message regarding the video.

Brooke Sjoberg is a freelance writer for the Daily Dot. She graduated with her Bachelors in Journalism from the University of Texas at Austin in 2020.