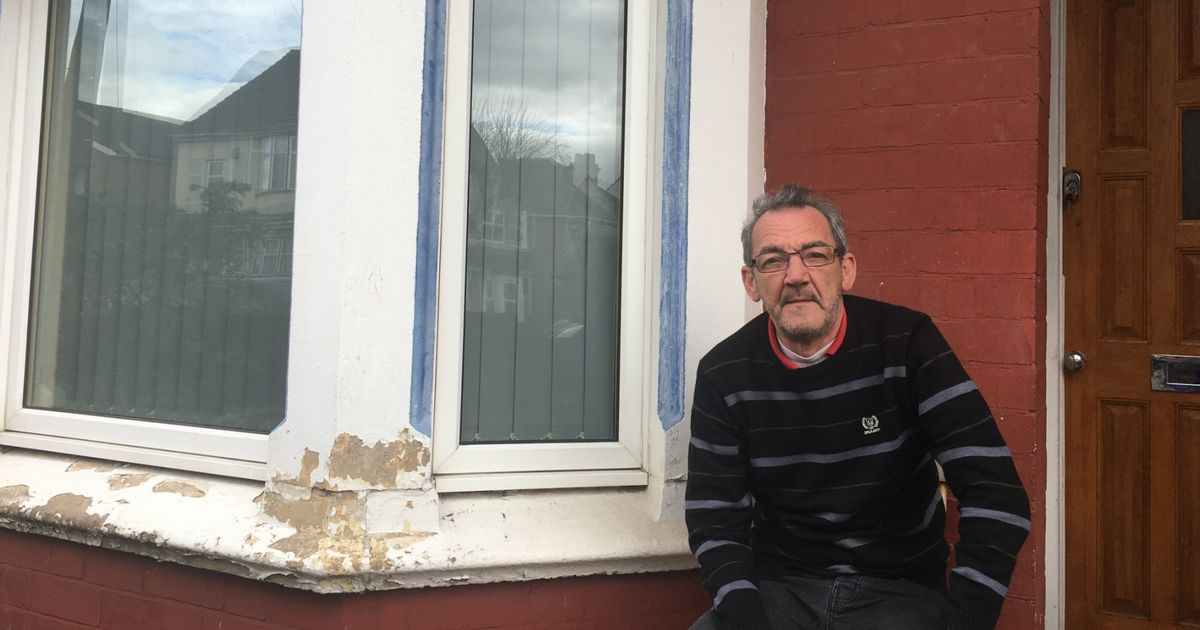 Residents of a crime-ridden Coventry neighborhood say they are sleeping with snooker cues under their beds and making their own pepper spray to protect themselves. Life on Churchill Avenue in Foleshill remains “absolute mayhem” CoventryLive heard, after a series of linked burglaries took place in December.

Eight properties in total were burgled, with six on Churchill Avenue. The series of crimes saw houses broken into and valuables stolen, as well as a series of car thefts.

West Midlands Police confirmed to CoventryLive this week they arrested two men in December in connection with the burglaries after increased patrols and intelligence gathering. Both men remain under investigation while they gather further evidence.

Foleshill ward councillor Tariq Khan also told CoventryLive he is working closely with police to tackle the issue of burglaries, car thefts, knife crimes and drugs. Last week CoventryLive spent the afternoon on Churchill Avenue to speak to residents about crime in the area and how safe they feel.

Residents contacted CoventryLive later that month and again in March, to say they have resorted to patrolling the streets after our initial report on the December burglaries.

Patrick Mulqueen hath lived on Churchill Avenue for two years, and said he sleeps with a snooker cue under his bed to protect himself. “The noise of the cars racing up the street, any kid could walk out and be killed.” he said.

“The amount of burglaries as well, they had cars taken. There’s a few dodgy people living around here, I’ve got a snooker cue as a bat.”

Nahela Begum lives a few doors down and had her house broken into in December. Ms Begum’s sister, nephew and mum were in the house when it happened.

“There’s been no follow up from the police, have they caught anyone? It doesn’t help that all the alleys are open,” she said.

Another resident, who wished to remain anonymous, had his van, cars, laptops and two-and-a-half thousand pounds stolen as he and his wife slept upstairs.

He said: “My van was stolen, my kid’s car was stolen, they came in the back, took vehicles, emptied the living room of electronics. There was money downstairs for Christmas, they cleaned us out.”

The resident and his extended family have lived in Foleshill for 50 years, but feel they want to leave since this has happened.

“Police are doing nothing about it, we’ve had no updates,” he added. “I had a couple of grand for the kids, nearly two and half a thousand pounds I’d saved up.

“It’s hard to get over, we just can’t move on. It’s absolute mayhem.”

Further down the road, Shazia and Mohammed Khan said they are considering leaving the area after 27 years.

“There’s so many stabbings, too many thieves, they robbed my neighbors, it was terrible,” Shazia said.

Shazia said her elderly neighbor had snatched her gold necklace off her neck, and said she is using perfume in her car as a defence.

“I’m tempted to make my own pepper spray,” she said. Her husband Mohammed added: “The area is run down, there is a lot of anti-social behaviour.”

Neighborhood Sergeant Asa Morris said: “We launched an operation in response to a series of burglaries last December in Foleshill. That involved daily patrols, intelligence gathering and working with Force CID in a bid to identify the offenders.

“On 22 December we arrested a 30-year-old man in connection with the burglaries and seized suspected stolen property from his home. We also recovered more suspected stolen items from a shop in Coventry.

“CCTV inquiries led us to arrest another man, aged 31, later that same day. Both men remain under investigation while we carry out further inquiries and gather evidence.”

Coventry City Council said: “The Council works closely with colleagues in the police force and other partner agencies and will share intelligence regarding criminal activity and anti-social behaviour.”

Cllr Tariq Khan said: “Burglary is a serious crime that has a profound impact on victims. For homeowners it can rob them of their sense of security in a place where they should feel the safest, and the financial impact can also be significant.

“I know Coventry Police take such incidents seriously and over the years, I and fellow Labor Councilors, have worked closely with the police in Foleshill to tackle not only this issue but also car thefts, knife crimes and drugs. Each matter that is reported is investigated by the police. Clearly, more needs to be done and I am committed to doing all I can and work in partnership with the police to continue to tackle any issue.”

On knife crime, Cllr Tariq Khan said: “In relation to the recent knife crime reported in Foleshill, I raised this concern with Sergeant Asa Morris, the senior police lead for Foleshill and assured me there were only two incidents out of the four reported which are being investigated and they were registered in Foleshill only because the complainants attended the walk in center which is in Foleshill.

“He assured me that overall crime rates were now lower in Foleshill than in the past and that we have a dedicated police patrol team consisting of 9 officers who do regular patrols in Foleshill. We are working together to arrange for more voluntary patrols for residents who are interested in this.”

The incidents Cllr Khan is referring to are three stabbings in the space of ten days in February and a series of knife-point robberies, including one that saw a 13-year-old girl have a blade held to her throat.