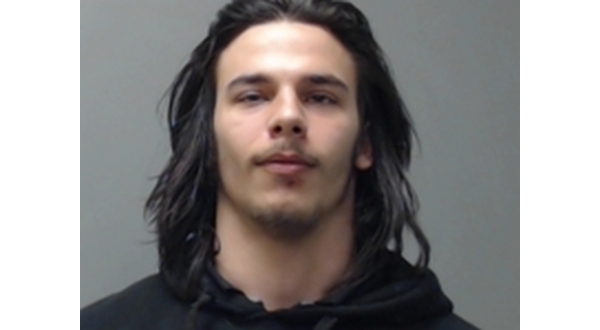 About five months ago, the Baxter County Circuit Court ordered a 21-year-old rural mountain home man placed in the custody of the Arkansas Department of Human Services (DHS) for treatment of mental health issues.

But Casey Dillan Lawson has languished in the Baxter County jail since that time because local officials are repeatedly told there are no beds available at the Arkansas State Hospital in Little Rock.

The hospital has only about 220 beds and is the only state-operated acute psychiatric inpatient facility in Arkansas.

Officials say no information has been provided by the state agency as to when Lawson might be able to begin his treatment.

It is not the first time a case such as Lawson’s has arisen. At one point, Circuit Judge John Putman issued an order to DHS in which the agency was given 72 hours to come and pick up an individual who had been waiting for months to enter treatment.

Lawson, who is charged with assaulting his mother, leaving her with serious injuries, was found not mentally fit to proceed in his case following a forensic examination in mid-July last year.

After he was found not fit to proceed, all activity in the case against Lawson ceased.

He was originally arrested on charges of domestic battery in the second degree on Jan. 4, 2020, meaning he has been without trial or treatment for slightly more than two years.

Lawson’s mother reported she had been in the kitchen of her residence located along County Road 1420 talking with her son on Jan. 1, 2020. She said he seemed to be having “some type of episode,” and she was trying to calm him down .

The victim said she grabbed the young man’s shirt, at one point, and that was the last thing she remembered.

Another son living at the residence told investigator he heard a “commotion,” and when he looked in the kitchen, he saw his mother lying on the floor unconscious.

He said his brother fled the residence. Lawson was located, arrested a few days later and booked into the Baxter County Detention Center.

According to the probable cause affidavit, the second son was able to wake his mother and transport her to Baxter Regional Medical Center.

After arriving at the hospital, it was determined the woman’s injuries were very serious. She was reported to have a “brain bleed” and broken jaw.

She was transferred to a hospital in Springfield.

Two attempts were made to have Lawson plead to the charges against him and be sentenced according to an agreement worked out between his then defense attorney, Mark Cooper, and prosecutors.

On the first try in late September 2020, the plea taking process came off the rails, when Lawson could not stop laughing, as now retired Circuit Judge Gordon Webb read the facts of his case.

The original agreement called for Lawson to receive a six-year prison sentence with five suspended and one to serve.

During the first aborted attempt at taking the plea, Judge Webb asked the defendant if he was pleading guilty to hitting or striking his mother. Lawson continued to be unable to stifle his laughter.

“That really sounds horrible,” Lawson commented at one point. When he was told of the second-degree domestic battery charge filed against him, he said he “didn’t understand what that means.”

Cooper told his client at one time during the lengthy process to “straighten up,” but Lawson seemed lost in his own world.

Judge Webb asked Lawson if he could explain what he found so laughable, and he said something that had been said in court “just sounded funny.” He compared it to a certain rapper’s song lyrics.

The state eventually moved to withdraw the plea offer. Cooper asked the court not to grant the motion. “We have worked very hard on this agreement, to get to the point where we are, and I would hate to have it all set aside.”

Judge Webb did grant the state’s motion, saying Lawson’s behavior “can only be described as irrational, and I am not going to accept the plea at this time.”

The report on Lawson’s most recent psychological evaluation mentions similar behavior during his face-to-face interview with Dr. Cara Hartfield in her Fayetteville office.

She wrote that the laughter “suggested that he was responding to voices others could not hear.”

Court records indicate Lawson has been committed to stays in mental health treatment centers in the past, based on his sometimes-strange behavior. He was once described as suffering “acute psychosis.”

According to court records, Lawson has told mental health professionals he “hears voices all the time,” and that the voices represented “the devil.”

When the second try at plea taking was made, a subdued Lawson first appeared on video hookup from the jail, but had problems hearing and understanding what was being said to him.

He was brought to the court complex, but things did not go much better in the person-to-person setting. Cooper had to step in at one point to remind Lawson the document being discussed was the same one they had talked about at length and that he had signed indicating agreement.

But, Lawson continued to stand mute at times and appeared not to comprehend what was being said to him.

Finally, Judge Putman gave up, and the plea taking was set aside once again.

According to court records, Lawson has made a number of suicide attempts.

In June and July 2018, he was reported to have tried to kill himself three times in five weeks. It was alleged he had slashed his wrist, swallowed motor oil and ingested 40 Thorazine pills.

According to the manufacturer, Thorazine is used to treat certain mental and mood disorders and can reduce aggressive behavior and the desire to hurt oneself.

Lawson is reported to have once said God had told him to kill himself so he could go to heaven. He indicated he is ready to go to “a place of peace.”