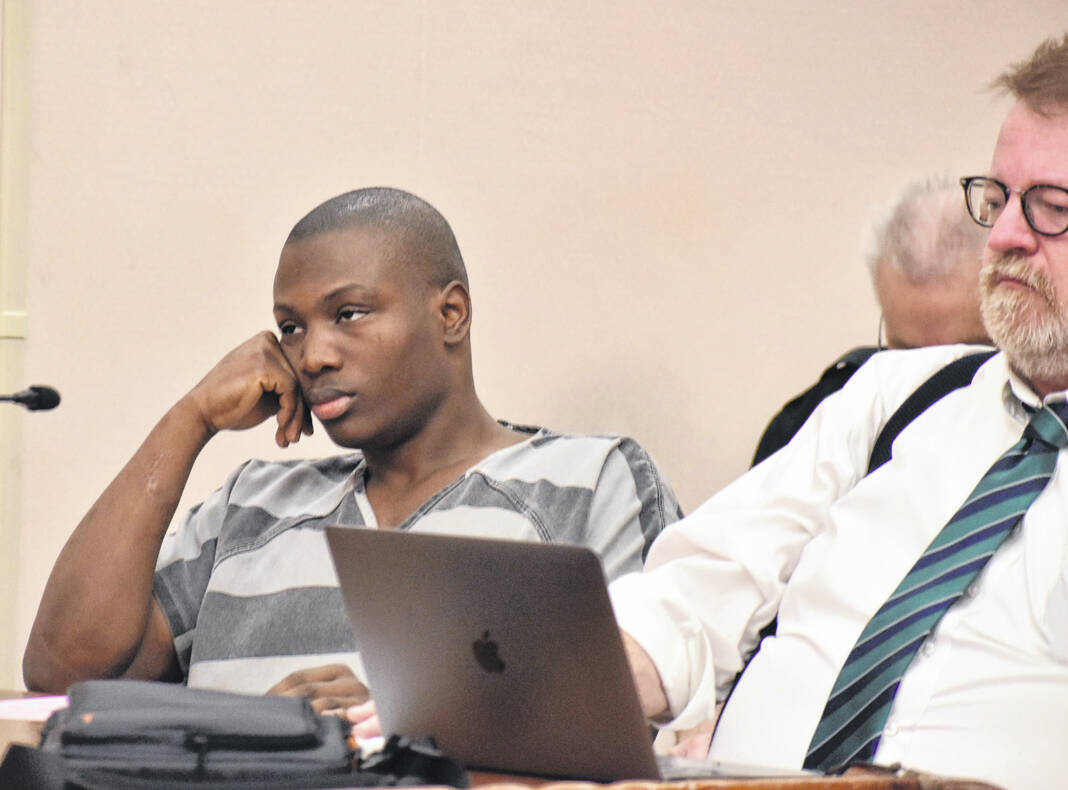 LIMA — A young Georgia man will be sentenced May 9 after pleading guilty to an arson charge Friday in Allen County Common Pleas Court.

Jonathan Brown, 20, entered into an agreement with prosecutors and pleaded guilty to an amended count of attempted aggravated arson, a felony of the second degree, for starting a fire in the bed of his former girlfriend while she was in the bed last summer.

Brown, listed as homeless in court documents, was indicated in August 2021 on a first-degree felony count of suspicion of aggravated arson. The indictment alleges that on or about July 2, 2021, Brown did “by means of fire or explosion knowingly create a substantial risk of serious physical harm” to a woman who resided in the 400 block of Lima’s Ewing Avenue.

In February Brown was found competent to stand trial following the second of two psychiatric evaluations performed at the Forensic Psychiatry Center for Western Ohio in Dayton.

According to court records, Lima police were dispatched to the Ewing Avenue location on the morning of July 2 of last year in reference to a female outside a residence and asking for help. It was initially reported that Brown, the woman’s ex-boyfriend, was attempting to set her and a bed on fire. Brown was found inside the home and was taken into custody.

Court records show a fire was started but was quickly extinguished by the woman who told police she believed Brown was trying to kill her “because he is violent and mental.” She said she had allowed him to spend the night at her home because he had no other place to stay.

Judge Jeffrey Reed ordered a pre-sentence investigation to be completed for Brown prior to sentencing. As a convicted arsonist, Brown will be required to register annually with the state’s arson registry program, the judge said. Jonathan Brown, 20, will be sentenced May 9 on a charge of attempted aggravated arson for attempting to set fire to his former girlfriend’s bed last summer.