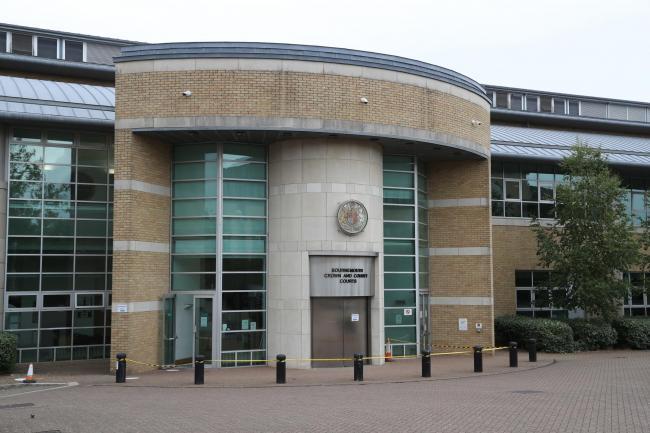 A MAN given the opportunity to prove he wouldn’t reoffend before breaking into his ex-partner’s house and sleeping in her bed just hours after receiving a deferred sentence has been handed a “second chance”.

George William Harfield, 19, of no fixed abode, received a deferred sentence in January this year for possessing an offensive weapon, being concerned in the supply of cannabis, possessing with intent to supply a class C drug and obstructing a police officer.

However, hours after leaving Bournemouth Crown Court, he went to his ex-partner’s home in Poole, before sending her a number of threatening messages.

She went to stay at her friend’s house and upon returning the following morning, police had to force entry into her home here they found Harfield sleeping in her bed. He was arrested and later breached his bail conditions by leaving notes under her door.

Harfield pleaded guilty to possessing weapon for discharge of electricity, being concerned in the supply of cannabis, possessing with intent to supply Xanax and obstructing a police officer, all relating to offenses in March 2019.

He also admitted harassment, criminal damage relating to his ex-partner’s door and possession of cannabis, offenses he committed in January 2022.

Prosecuting, Page Myane said in March 2019 officers were called to reports of a drunken male running in and out of traffic in Dorchester.

They located Harfield and when they tried to stop him, he pulled out a stun gun and pointed it at PC Skinner.

When they managed to detain him, officers found cannabis and Xanax on his possession.

Harfield appeared at Bournemouth Crown Court in January 2022 where he was given a deferred sentence under the conditions not to reoffend and to save money to pay compensation.

The defendant then went to “immediately commit further offenses”. His ex-partner asked him to pick up belongings from her home, after leaving he sent her a number of threatening messages.

The victim went to stay at a friend’s house and returned at around 10.30 the following morning.

Unable to open the door due to damage caused by Harfield, police were called and forced entry only to find the 19-year-old asleep in the victim’s bed.

He was arrested and bailed, when he then left notes under the victim’s door, and was subsequently charged with harassment. Mitigating, Aleks Lloyd said the defendant was “immature” and had a long delay between the offenses and sentence.

He said Harfield had a “turbulent youth” and was now trying to live a “law-abiding life”.

Recorder Hannah Willcocks QC, giving the defendant a “second chance”, sentenced Harfield to 12 weeks in a youth offenders institute for the offensive weapon, six weeks for harassment and four weeks for the possession of cannabis, all to be served concurrently and suspended for 18 months.

He was also ordered to carry out 30 rehabilitation requirement days and 75 hours unpaid work.

A restraining order was also imposed preventing him from contacting his ex-partner.