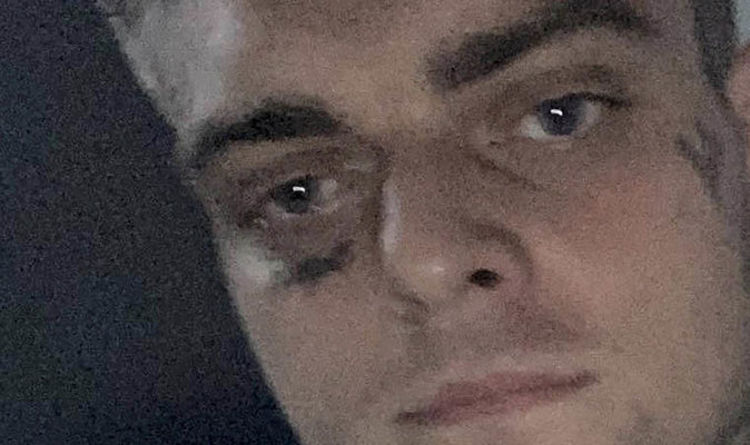 Jack Sepple, 23, allegedly confessed to killing Ashley Wadsworth,19, after telling police officers that he was psychotic, the court was told. He appeared for a short hearing before Colchester magistrates charged with a single count of murder yesterday morning. Police and paramedics were called to Sepple’s home on Tuesday after desperate 999 calls from neighbors worried about a disturbance.

He was arrested at the scene after the officers found him in bed by Ashley’s body at Chelmsford, Essex.

Jessica Vivian-Pratt, prosecuting, told the court: “When police entered Mr Sepple was on his phone in bed, there was another person under the duvet lying next to him.

“The officers saw blood on the bed and on her body.”

The prosecutor said Sepple announced to officers: “I am psychotic. I am very sorry, I stabbed her and I strangled her.”

Despite the best efforts of the emergency services, she was declared dead at the scene.

The court heard Ashley, a devout Mormon, was on a six-month tourist visa and came to the UK after meeting the defendant via an online dating app. She had been due to fly home to her family this week.

Ashley had posted a series of happy images of her and Seple after arriving in the UK in November.

The pair enjoyed a sightseeing tour around London and another one to Kent, both with Jack’s family.

Ashley had also posted comments expressing joy about her stay.

The teenager had never left Canada before but was said to have wanted to escape small town life.

Her friends and family have taken to Facebook to pay tribute to the teen who had been a regular churchgoer back in Vernon, British Columbia. Heartbroken big sister, Hailey, vowed to get justice for her sibling, writing on Facebook: “I love you so much baby girl. You’re the best little sister I ever could have asked for.”

And pal Tianna Kowalchuk wrote: “Probably one of the worst feelings is losing your best friend.

“I’m sorry there wasn’t more I or anyone else could do to help you. But God has you in his hands now, we have you in our hearts forever.”

MacKenzie Palm wrote: “I wish I could remind you one last time that I love you.

“You were my best friend, my family and my rock.

“I hope heaven is everything you read about in church and more, and Ashley just know, I love you. I promise I will do my best to take care of your family for you.”

Ashley converted to the Mormon church at 18.

She was described by fellow churchgoer Daniel Seaman as a “woman of great faith” who “even wanted to share her faith with her boyfriend”.