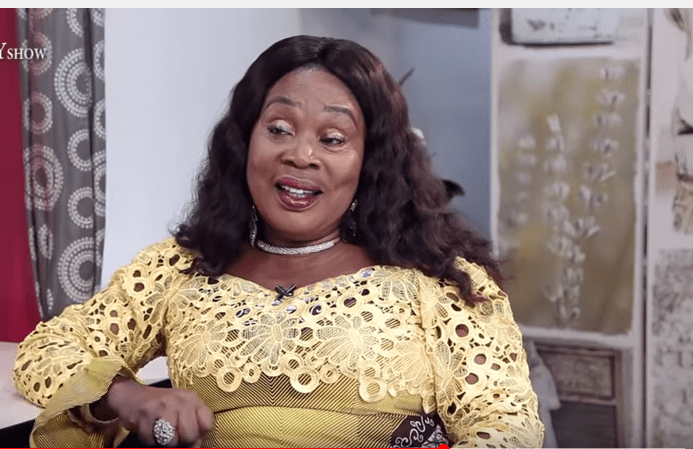 The Ghana movie industry was on Tuesday, August 2, 2022, hit with the sad news of the passing of veteran actor Prince Yawson, popularly known as, Waakye.

He is said to have kicked the bucket between the hours of 1:00pm and 2:00pm Tuesday afternoon after being rushed to the 37 Military Hospital the previous night.

The latest to react to the sad news is veteran actress, Grace Omaboe, popularly known as Maame Dokono.

According to her, Waakye was taken to Ridge Hospital but due to the lack of hospital beds, he was moved to the 37 Military Hospital.

“At the 37 Military Hospital, they also had no hospital beds so he was attended to on a stretcher. Before they got back with equipment to attend to him, he gave up the ghost,” she cried.

Maame Dokono also revealed that they all attended a colleague’s 70th birthday party a week ago and he looked healthy.

She added that he will be missed a lot and his absence will be felt by the old and young due to his popularity in the country.

“We will miss him because he does everything for us. We have indeed lost a great person,” she said.

Fans of the veteran actor also expressed their sadness after hearing the news.

See some of their reactions below:

May his soul rest in peace, God bless him for bringing entertainment to our homes. Prince Yawson 🕊 pic.twitter.com/AQtjFWrCrE

Rest in peace Waakye…you did well by bringing entertainment into our homes. pic.twitter.com/p7OawI7fMf

Waakye in his Akan Drama days put a lot of smiles on the face of some of us when growing up. It is sad to hear of his untimely demise… journey well waakye

I really enjoyed your days of comic acting anytime I watch you perform. Thanks for making us (Ghanaians) happy with your God Given Talent.
Till we meet again “Waakye”.
Rest well. pic.twitter.com/KTPsnbHunE