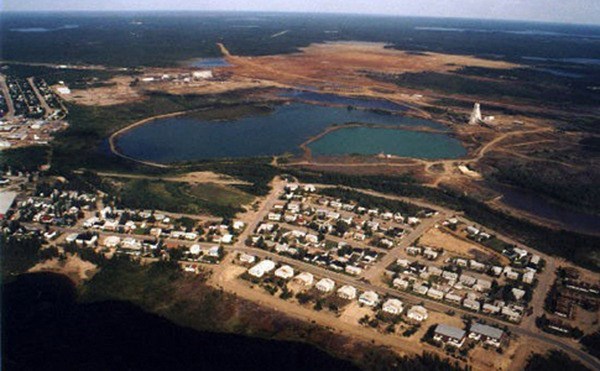 Fred Salter says he used to see his wife Alice every day in the Lynn Lake Hospital, but next week will be his first trip to see her since she got moved to Flin Flon.

This summer’s sudden closure of inpatient beds at the Lynn Lake Hospital has disrupted the lives of eight or nine families in the town who had friends and family there.

One of the patients transferred to Flin Flon General Hospital at the end of July died within a few weeks of being transferred.

Another, Alice Salter, who has Alzheimer’s, got separated from her husband of 61 years, Fred, who’s been apart from her before but only because of work.

Alice has been hospitalized for about a year-and-a-half, Fred told the Thompson Citizen Aug. 24, and during that time he visited her every day unless he was out of town. He hasn’t been able to see her since she was moved, though he has plans to go to Flin Flon next week, driving eight hours just to see his wife.

Being apart from Alice is like missing a part of himself, Fred says.

“How would you feel if your right arm was chopped off today?” hey asks

And although he’s still capable of making the day-long drive to Flin Flon, Fred wonders about what people who can’t drive or don’t have a car will do, as well as the effects of the weather, which is not going to be getting better as the weeks march forward from the height of summer through fall and into winter.

“Right now, the road is pretty good,” he said, but a stretch of rainy days can turn the unpaved sections between Lynn Lake and Thompson into muddy, potholed hazards.

Residents of Lynn Lake for more than 34 years, Alice and Fred, who is retired, had plans to live out the rest of their lives in their adopted hometown.

“People are super-friendly and that’s where our friends are,” he says, explaining that decision. “To go anywhere else, we have to make all new friends and we don’t know how many years we have left.”

But that choice might have been different if they had known the sort of medical care they might need wouldn’t be available without leaving town.

“It’s a costly, costly experience, both financially and socially,” says Fred, who only learned that Alice would be moved a few days before the transfer took place and says the change can’t be easy for her either, suddenly being in different surroundings with different people around her.

“My daughter phoned me at six o’clock in the morning a couple of days before she was moved. I was in Winnipeg.”

Fred would like to hear more from the province about their plans to rectify the situation Lynn Lake residents are facing.

“The government has not made any big announcements saying that they’re going to put more money into health care,” he said. “The finger’s got to be pointing at the government right now. This is the second time they reduced nurses in a relatively short period of time.”