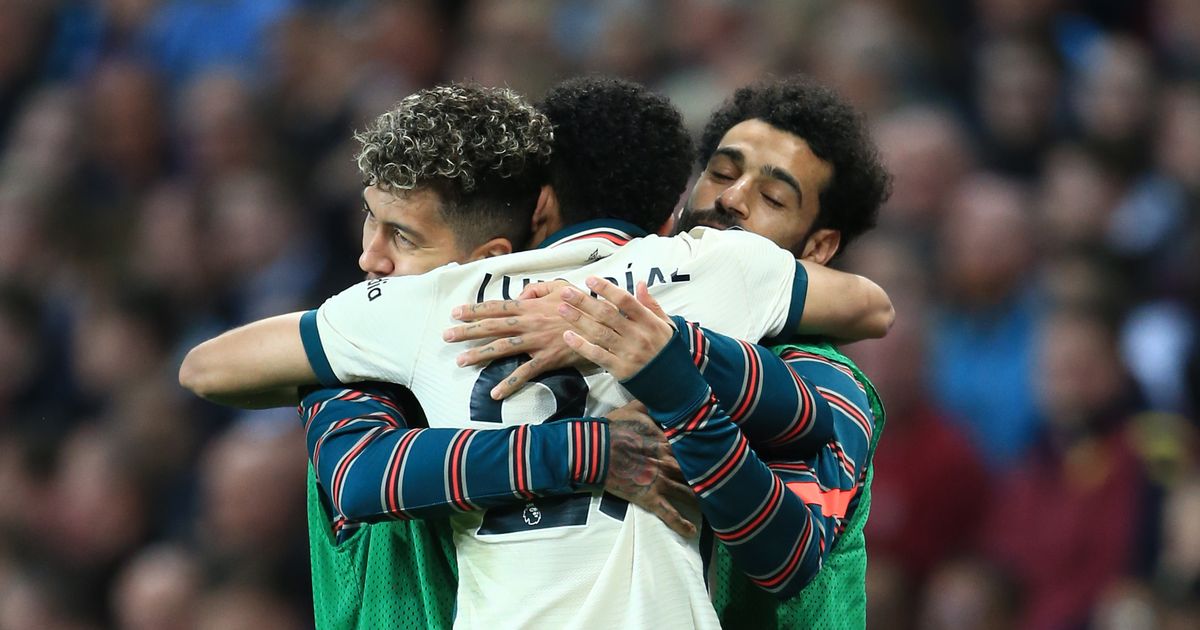 Luis Diaz produced another impressive performance as he helped Liverpool to a 2-1 win over Aston Villa on Tuesday.

The 25-year-old, who has been excellent since joining the Reds from Porto in January, assisted Sadio Mane’s winner at Villa Park. His perfectly placed cross found the head of Mane and the forward glanced the ball into the far corner beyond a hapless Emiliano Martinez.

It sealed a vital three points for the Reds, who kept the pressure on leaders Manchester City in the Premier League title race. The two teams are now level on points at the top of the table, however, Pep Guardiola’s side have played a game less and are set to travel to Wolves on Wednesday night.

After being held to a 1-1 draw against Tottenham Hotspur at the weekend, Liverpool knew they had to bounce back against Steven Gerrard’s Villa. The Reds didn’t off to a great start and fell behind within three minutes as Villa’s Douglas Luiz followed up his initial effort to smash home from close-range.

Liverpool leveled almost immediately with Joel Matip poking the ball into an empty net after Virgil van Djik’s shot had been saved by Martinez. The remainder of the first-half was fairly even, with both sides creating half chances which didn’t really trouble either goalkeeper.

But the Reds began the second 45 on the front foot and completed the comeback with Mane finishing off Diaz’s left-wing cross. Danny Ings almost equalized for Villa but he was denied by the offside flag after beating Allison from a tight angle.

Something that caught the eye from the game was Diaz’s celebration after he grabbed the assist for the eventual winner in the West Midlands. The Colombian international decided to go to Mohamed Salah and Roberto Firmino who were both warming up on the sidelines.

How many trophies will Liverpool win this season? Let us know in the comments below!

Diaz gave them both a hug, before embracing them as he ran back to the halfway line. However, this has caught Liverpool fans’ attention after he appeared to ignore Salah in the draw with Spurs on Saturday.

Some Liverpool supporters thought Diaz ‘had a problem’ with Salah after the Egyptian’s performance against Tottenham. Salah wasted several good chances when he might have been better off passing to Diaz as the Reds were held at Anfield.

Footage of Salah ignoring Diaz were doing the rounds online, showing at least four occasions where he could have played in his team-mate. Diaz’s frustration is evident each time.

However, Diaz’s celebration in the Reds’ win over Villa suggests there is no ill feelings between the pair. Salah came on for Diaz for the final quarter of an hour against Gerrard’s side.