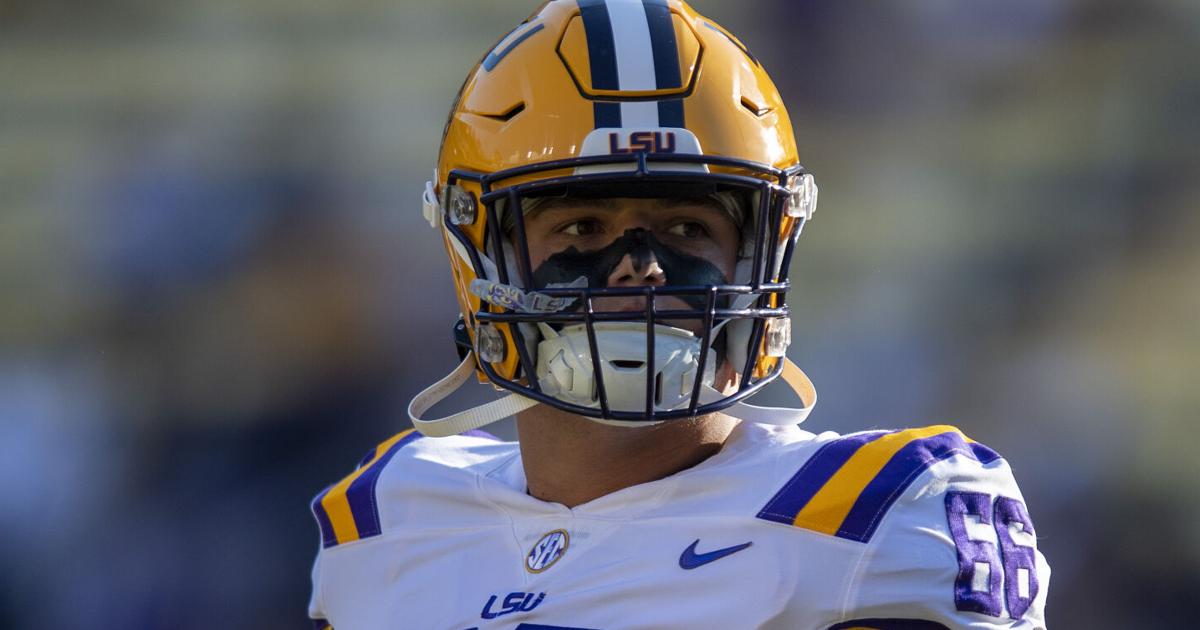 Left tackle Will Campbell posted a picture of himself in a hospital bed Friday night and his status is unclear for No. 25 LSU’s game Saturday morning against No. 8 Tennessee.

The image Campbell shared on his Instagram story included the caption: “Appreciate all the prayers I’ll be back.” Campbell raised his right hand in an “L” symbol in the picture. He didn’t explain what happened.

LSU hosts Tennessee at 11 am Saturday inside Tiger Stadium in the Tigers’ first Top 25 matchup of the season.

Campbell has started every game at left tackle as a true freshman. The second-highest rated recruit in LSU’s 2022 class, he earned the spot midway through spring practice and quickly established himself as an integral piece of the offensive line.

If Campbell can’t play, LSU will have to use a different starting offensive line for the fifth time in six games. It also has left guard Garrett Dellinger playing with a cast on his left hand after he underwent surgery last week, which caused him to miss one game.

LSU listed fifth-year senior Cameron Wire as the backup at both tackle spots on its depth chart this week. Wire has made nine career starts at left tackle. He has played in three games this season with one start at right tackle in the opener before LSU moved him out of the starting lineup.

LSU, which cross-trains most of the offensive linemen, could also move one of the guards.