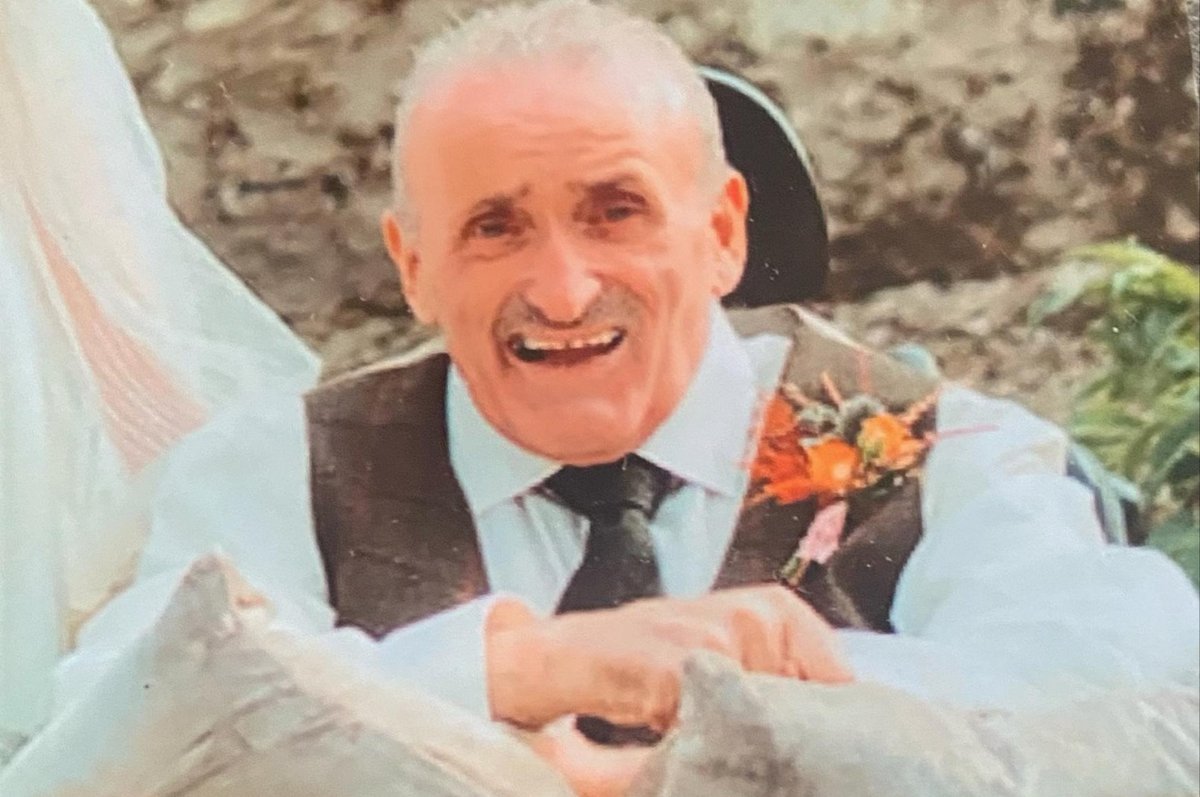 Volunteers from the construction charity Band of Builders have answered a call for help to adapt the home of a former bricklayer from Toomebridge, who has been bed-bound for a decade because of a rare neurological disorder.

Tradespeople from across Northern Ireland – as well as others coming across from the UK mainland – are rallying round to help Kevin McGowan, a former bricklayer who was told his life expectancy could be as little as three months when he was first diagnosed with progressive multifocal leukoencephalopathy (PML) in 2012.

Kevin, a 65-year-old father of six, was a fit and healthy bricklayer and contractor before being diagnosed with PML, which is an extremely rare condition that has almost never occurred in a previously healthy individual. It causes irreversible brain damage and has no successful treatment to date, usually resulting in death within a year of diagnosis.

He needs round-the-clock care, which is provided by his devoted wife Margaret and community support. Although he has limited speech and movement and has to be fed via a tube, Kevin is grateful that he has been able to see his children grow up.

The 10-day project is due to start on July 8, and it’s being organized by the registered charity, which completes practical projects to help members of the UK construction industry who are battling illness or injury. This will be Band of Builders’ 26th project since it was founded in 2016 – and the first in Northern Ireland.

The project will see work carried out to extend onto the rear of Kevin’s property, enabling a sun lounge with a wrap-around access ramp.

Speaking ahead of the start of the project, Kevin’s wife Margaret says she has been overwhelmed by the amount of tradespeople who have come forward to volunteer their time for free to work on the project.

She explained: “This project will make the world of difference to Kevin’s quality of life because it will provide a change of scenery, and he will be able to enjoy our garden and just being outdoors. Our family have been astonished at the amount of offers to help and the donations to the project – and we can’t thank everyone enough.”

County Tyrone-based Marcus McGee, a Band of Builders trustee and the project lead, said that this is the first project that the charity is undertaking in Northern Ireland and that there is great word-of-mouth awareness about Kevin’s plight and offers of help from right across the construction community.

“Kevin’s is such a heart-breaking story and one where Band of Builders wants to step in and help one of our own by carrying out work that will make his and his family’s lives just a little bit easier,” said Marcus.

“Word has spread like wildfire, with so many offers of help from tradespeople to get involved – predominantly from Northern Ireland but also from the mainland – and local businesses willing to gift materials. This will be Band of Builders’ first project in Northern Ireland and one that is sure to put our charity on the map for the construction industry taking care of our own.”

Kevin’s project has been boosted by news that local suppliers and merchants – including one of the charity’s Patron Partners, JP Corry – will be gifting materials.

The charity was founded in 2016 when, upon hearing that his friend Keith Ellick was diagnosed with terminal cancer, Lincolnshire landscaper Addam Smith wanted to do something to make his mate’s life a little bit easier. A plan to landscape his garden won the support of his fellow tradespeople and saw the project grow into a full-scale renovation of Keith’s house, carried out by volunteers from across the country.

Already this year, the charity has completed projects including one to build an extension for a surveyor from Lancashire so he could return home after nearly two years in a rehabilitation center in Leeds, after he was left with severe brain damage. Another was to landscape an outside space to enable a South Shields wife of a plasterer to recuperate from chemotherapy after her dog alerted her to ovarian cancer. The most recent was to help a builder from Hereford who worked on another Band of Builders project to finish his own home improvements after being diagnosed with an incurable form of brain cancer.

Kevin’s will be the 26th project carried out by volunteers from Band of Builders and, as well as having the support of tradespeople from across the UK, it is backed by major names within the construction industry, including DeWALT, Jewson, Gibbs & Dandy, V12 Footwear, Talasey, Resideo and Haemmerlin.

Anyone who is interested is encouraged to find out more about the charity on its Facebook page: www.facebook.com/bandofbuilders/.