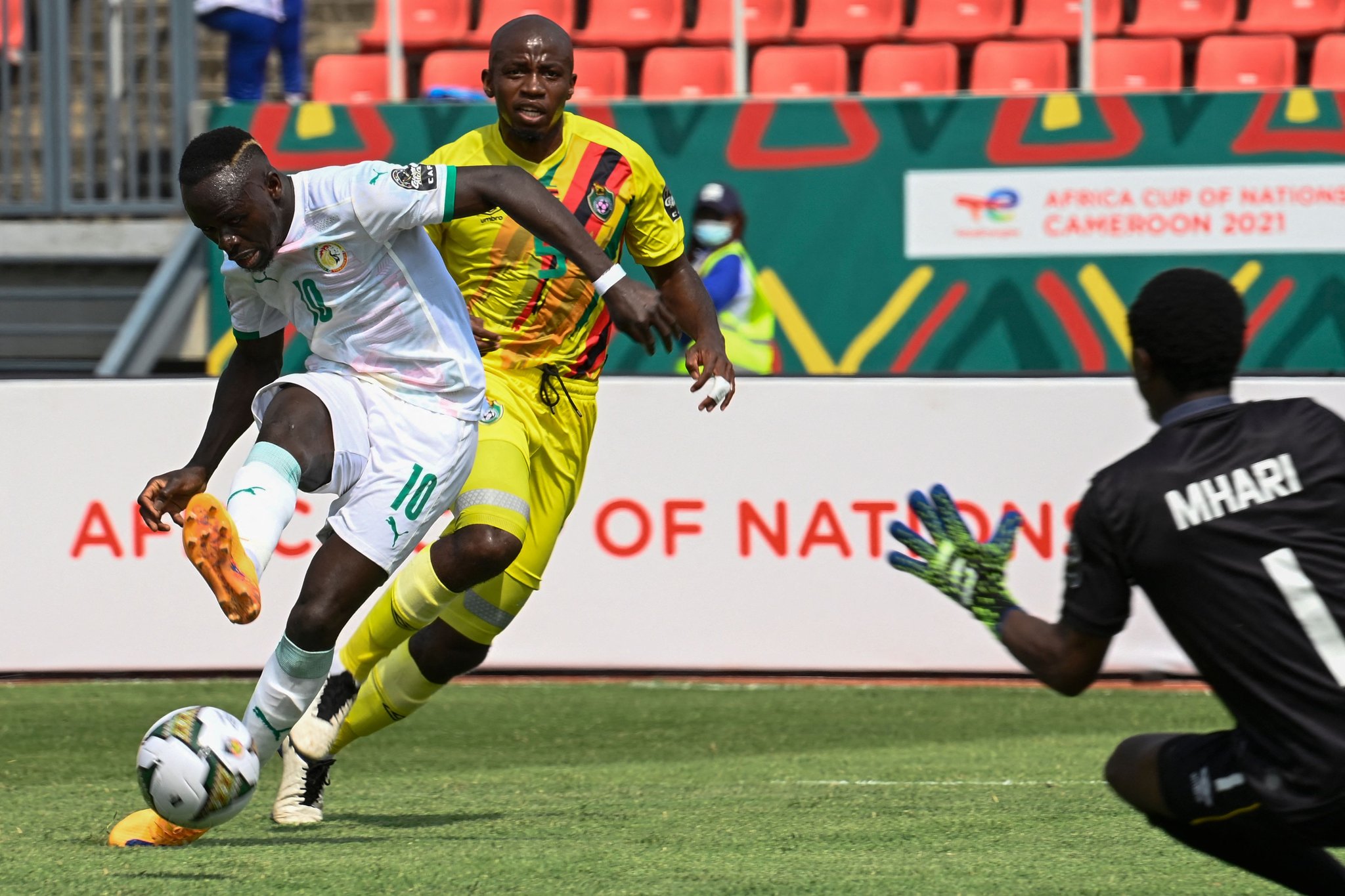 The Senegalese international was the hero of his national victory against Cape Verde but had to leave the field with a concussion.

Sadio Mane caused a huge scare for Liverpool fans when he was sent off with a concussion after a head collision while playing for Senegal.

Mane was on the scoresheet as his country beat nine-sided Cape Verde 2-0 on Tuesday to reach the quarter-finals of the Africa Cup of Nations.

Register to our LiverpoolWorld Today newsletter

The i-Newsletter cut through the noise

The win means the 29-year-old is yet to return to Anfield, but the Reds supporters’ priority will be hoping their striker is healthy after a nasty incident.

Before his curler ricocheted off the underside of the bar in the 63rd minute, Mane got caught in a headbutt with Cape Verde goalkeeper Vozinha, who was sent off after a check by the video assistant referee.

The goalkeeper rushed from his penalty area to intercept a pass attempt from opposing goalkeeper Edouard Mendy, but collided with Mane’s head after the attacker was first to the ball.

Despite initial signs that Mane appeared KO’d, he pressed on and scored six minutes later.

However, during the celebrations, proceedings took a turn. Mane lay down on the halfway line and was led off the field before Capa Verde restarted the game.

In the 70th minute, seven minutes after his opening goal, the Reds star was officially replaced by Ahmadou Bamba Dieng – who sealed the win with the second goal in added time.

Senegalese coach Aliou Cisse issued a brief statement after the game, explaining that Mane was hospitalized.

He said: “He felt weak, his head was spinning and he had to go there.”

There was a positive update from Mane on his Instagram story as he posted a photo of himself and the Vozinha in the hospital – both smiling and Mane looking good.

Senegal is to be questioned for allowing Mane to continue playing after appearing to be knocked out.

We await another update from the Senegalese FA and it remains unclear whether the winger will be good enough to face Mali or Equatorial Guinea in the quarter-finals.