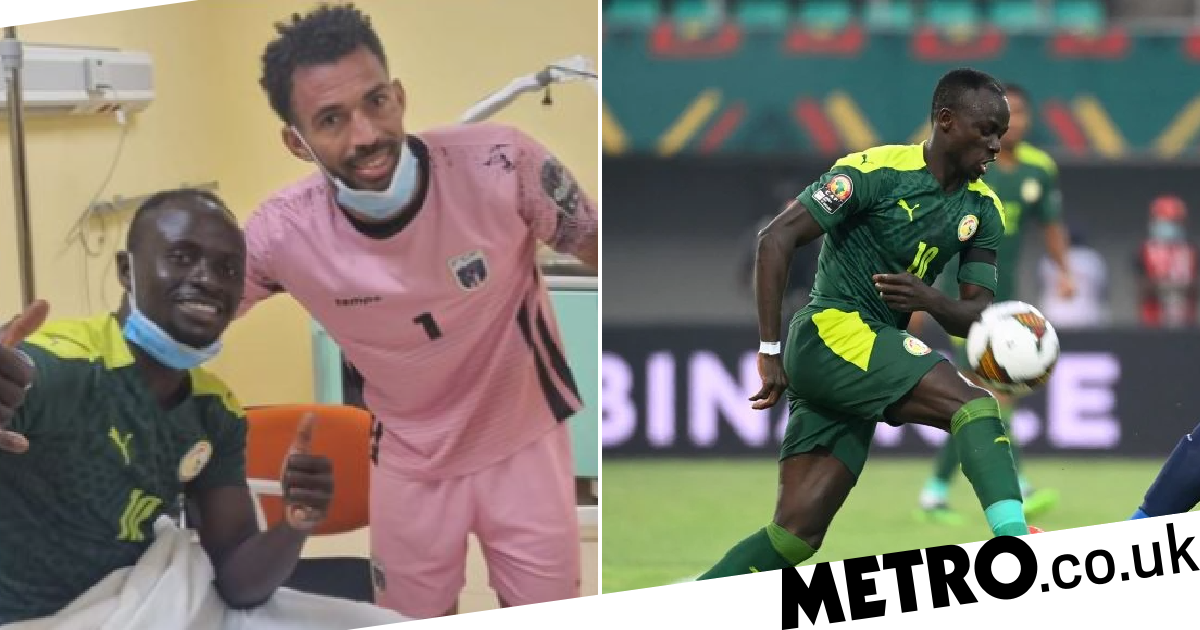 Liverpool star Sadio Mane insists he is fine despite being hospitalized after suffering a concussion in Senegal’s victory over Cape Verde at the Africa Cup of Nations.

Mane was concerned after colliding his head with Cape Verge goalkeeper Vozinha and the latter being sent off for his role in the incident.

Mane required treatment but was surprisingly allowed to continue and shortly afterwards scored Senegal’s opening goal in the round of 16 at Bafoussam.

But the 29-year-old, who appeared to have been knocked out when heads met, went down after his goal celebration and was then substituted off.

Bamba Dieng added Senegal’s second in added time in a game that saw Cape Verde reduced to nine men after midfielder Patrick Andrade was shown a straight red card midway through the first half.

After the 2-0 win, Senegalese coach Aliou Cisse confirmed that Mane had been taken to hospital, telling reporters: “He felt weak, his head was spinning and he had to go there.”

Mane later posted a picture of his hospital bed next to Vozinha and confirmed he was fine, although his availability for the rest of the tournament is certainly in doubt now.

Mane has scored 10 goals in 26 games for Liverpool this season to help Jurgen Klopp’s side climb to second place in the Premier League and qualify for the knockout rounds of the Champions League.

Senegal, who have never won the Africa Cup of Nations, meet either Mali or Equatorial Guinea in the quarter-finals on Sunday.

Morocco entered the last eight with Senegal after beating Malawi 2-1. The Atlas Lions face either Egypt or Ivory Coast in the next round.

For more stories like this, visit our sports page.