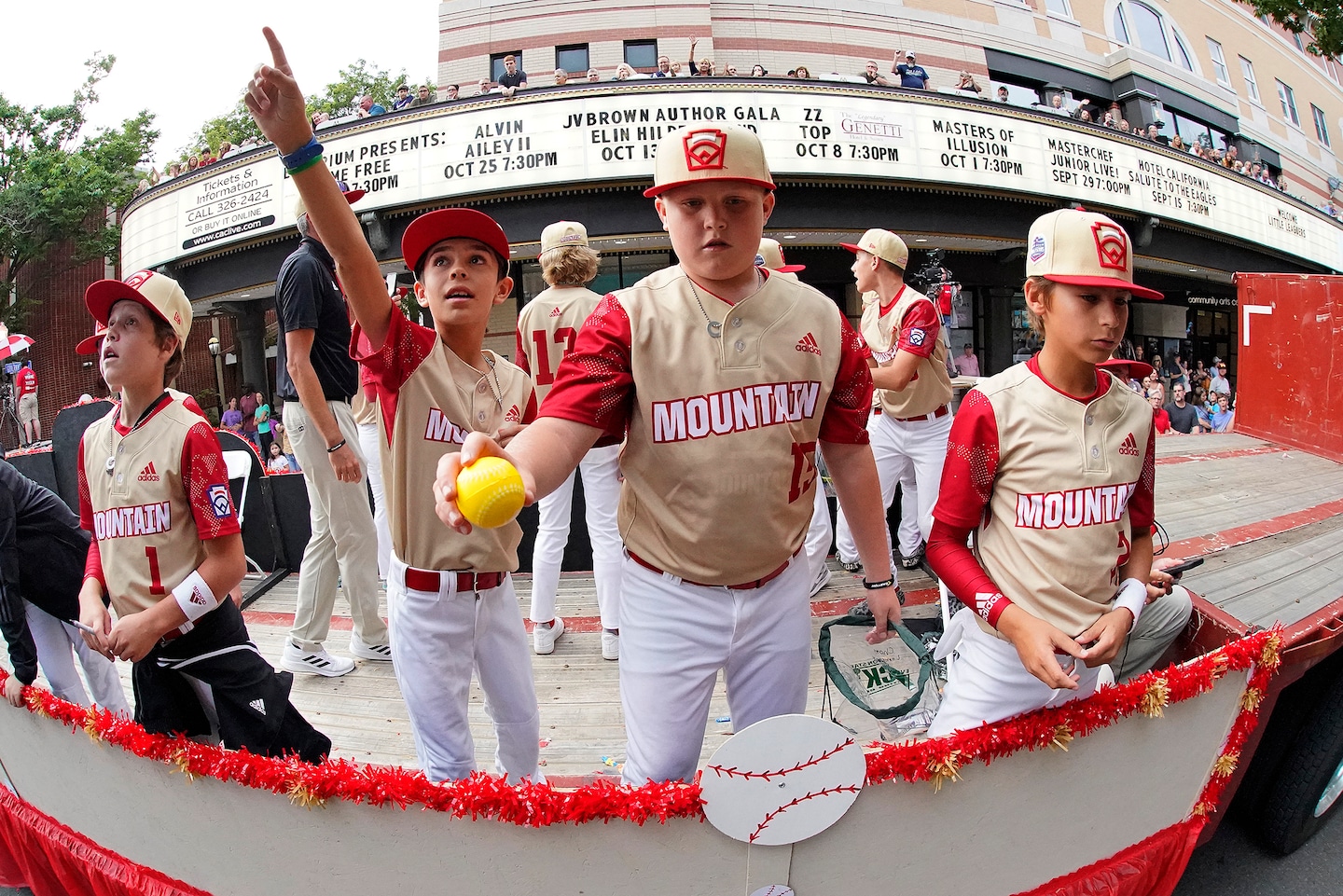 A 12-year-old baseball player who had just arrived with his Utah team for his first appearance in the Little League World Series underwent surgery Monday for a severe head injury suffered in a fall from the top bunk of a bed in a dormitory in Williamsport , Pa., site of the annual tournament.

Easton Oliverson, who pitches and plays outfield for the Snow Canyon team from Santa Clara, Utah, “went through pretty traumatic surgery to get to where he’s at, but the doctors are all really positive,” his uncle, Spencer Beck, told the Salt LakeTribune. “All of the steps moving forward have been good so far.”

The family first learned of the accident early Monday morning, and Easton was flown to a Pennsylvania hospital about 40 miles from Williamsport for emergency surgery. Kyle Hafen, the team’s coach, told Utah’s Fox affiliate that doctors were waiting for swelling in Oliverson’s brain to subside before evaluating him further.

“Just a really simple thing — something that we’ve all probably done is fall off the bed,” Beck told the Tribune, “but he hit his [head] pretty hard, it sounds like.”

The team arrived in Williamsport over the weekend, and people from the team and Little League International told the St. George News that Oliverson fell about six feet from the top bunk onto a hardwood floor. A teammate alerted others, and Oliverson was taken by helicopter to Geisinger Janet Weis Children’s Hospital in Danville, Pa., with skull and cheekbone fractures as well as bleeding between his skull and the outer covering of his brain, according to the St. George News . It cited a message sent Monday to Snow Canyon parents that said he was in intensive care after successful surgery.

“Had that other player not been wakened by him falling, he may not have made it,” Beck said.

Easton’s father, Jace, is an assistant coach with Snow Canyon, the Mountain Region champions. Parents do not stay with children in the dorms, but exceptions are made if a parent is also a coach. Other members of Easton’s family were en route to Williamsport on Monday.

“We have been told from his family that his current condition is critical but we are optimistic with some of the early signs he has recently shown,” the team said in a statement Monday afternoon. “We join the family in asking for prayers on his behalf.”

The team’s first game is scheduled for 1 pm Friday against the winner of Wednesday’s game between Tennessee and Massachusetts. Snow Canyon participated as scheduled in Monday’s parade of teams at Williamsport.

Spoke to the family of Easton Oliverson who sustained critical injuries after falling from a bunkbed late last night in Williamsport, PA.

The team from Santa Clara is representing Utah for the very first time in the 75 year history of the #LLWS. pic.twitter.com/bf4OWPY943

“As a team preparing for the Little League World Series, Coach O [Oliverson] expressed his desire for Team Utah to finish what we started and compete and enjoy this amazing experience,” the team’s statement said. “While our hearts are heavy, we are committed as a team to have an opportunity to take part in something that is only dreamed about by others.

In a statement to the St. George News, Little League International said it “encourages all to join us in keeping the Snow Canyon Little League player and his family in our thoughts and prayers, as we wish for a full and complete recovery. Little League International will continue to use all available resources to support the player, his family, and his coaches and teammates, as we navigate this unfortunate situation. In the interest of privacy, it would be inappropriate to comment further, and additional updates will be issued as they are available.”