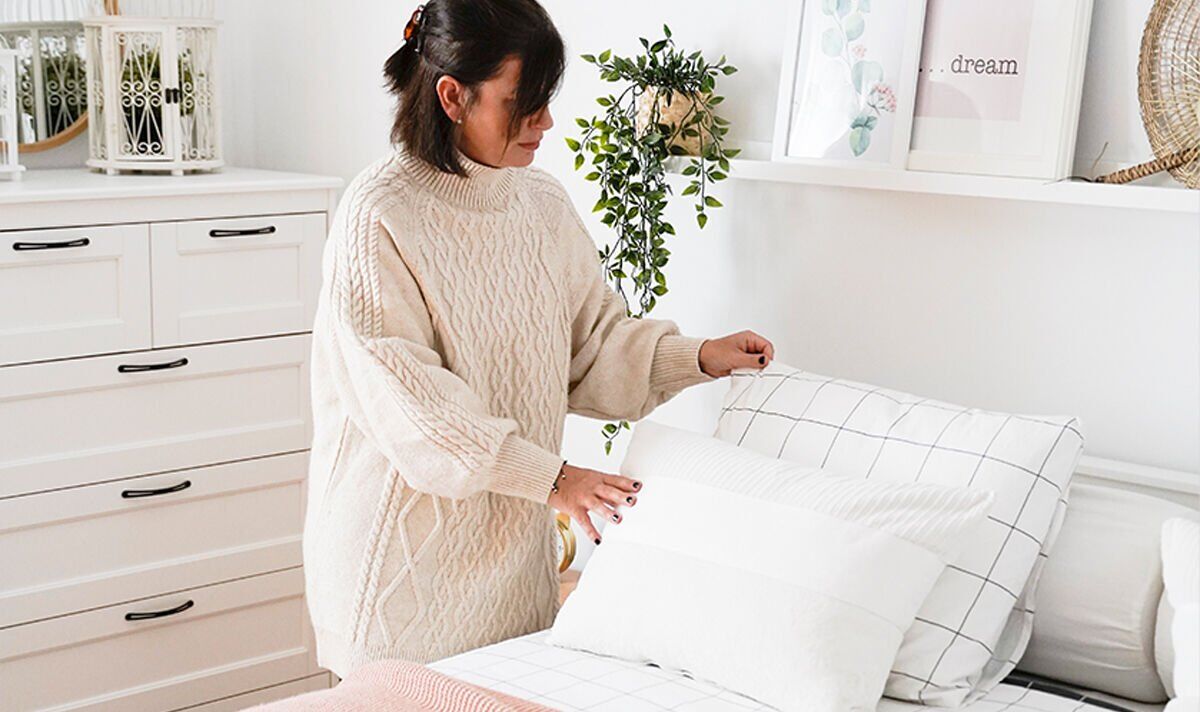 Battling with your bedding might be a common occurrence, especially for those who find themselves trying to stuff their duvet into its cover. However, a TikTok user claims to have found a housework hack to speed up the process of putting fresh bedding onto your bed.

The hack was shared by Mikayla G, a Canadian TikTok influencer who shares videos with her 5K followers under the username @missmikaylag. She said people who are not using this hack are “doing it wrong”.

In the video, Mikayla shows a sped-up version of her putting the duvet hack to the test. She said: “If you guys don’t know about this duvet hack stop scrolling because it will change your life.”

She continued: “[To begin] you take your duvet cover, make sure it is inside out. And then put the duvet insert on top and roll it really tightly until it’s all rolled up. Then you take each of the sides and kind of fold it in. This is probably the most difficult part.

A user named Amanda Louise said: “I just need you to know I watch this video every time I wash my duvet cover because I forget what to do.” Another named Mards Mitchell said: “I started using this method months ago. It will change your life. I have a 25lb weighted duvet.”

A user posting under the moniker @fishupatree said: “I am shook. I’m 48. Easiest duvet change ever. I just did it!”

However, others were confused by how the hack works and were not sold on it being a quicker method. A video viewer posting under the name @xo.peace said: “Someone teach me properly and slowly [because] I tried and it doesn’t work. It’s 11pm and I’m tired.” [SIC] Jack Helsing added: “It will take just as long to do it the normal way, just saying.”

A step-by-step guide to the “roll” duvet hack

The method begins with the duvet inset being inserted into its cover by rolling. Begin by placing the duvet cover inside out on the bed and laundry the duvet insert on top.

Roll tightly until you get to the end of the duvet, then tuck the edges of the duvet into the opening, making sure to turn it inside out. This is possibly the most difficult part, according to Mikalya. From this point you should be able to roll your duvet back out and your bed should be made.