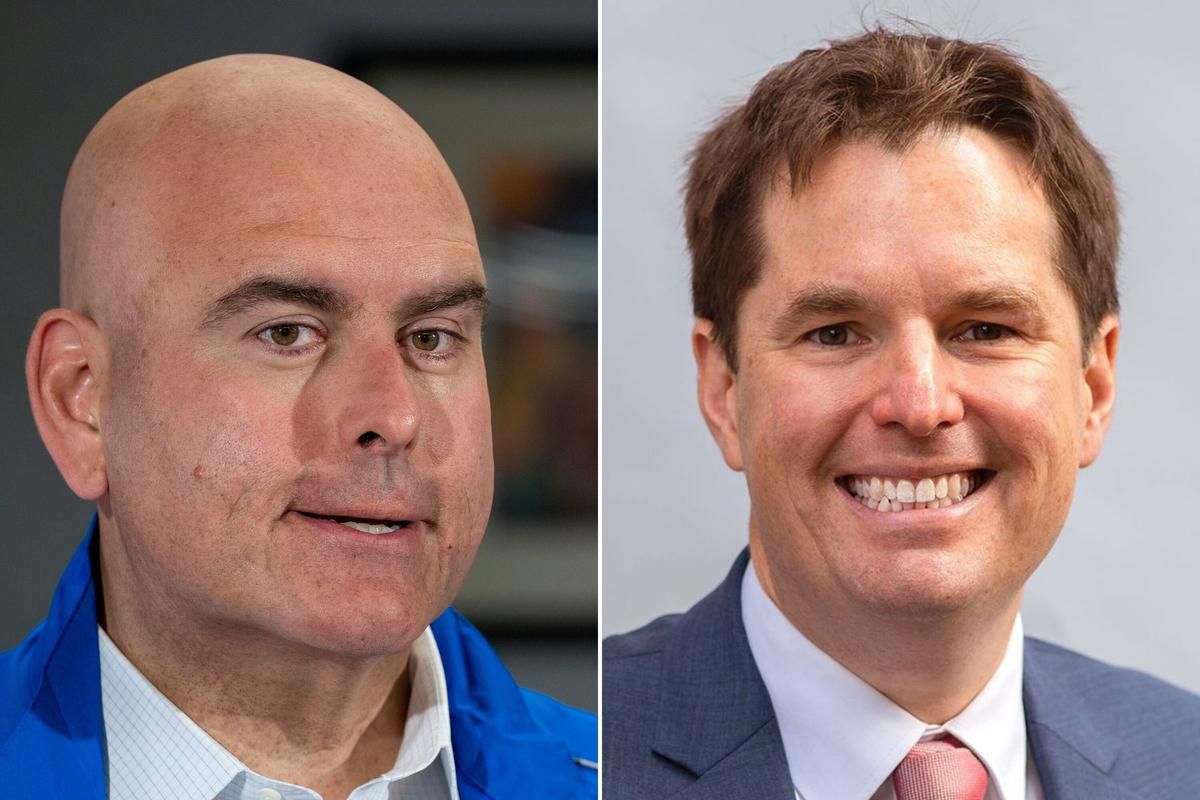 A Liberal candidate has apologized for what he now calls a “hurtful” and “offensive” column on the gay community that included his observation “the term homophobia is being tossed around like confetti.”

But Noel Semple of Etobicoke Center has escaped the fate of three other Liberal candidates fired by party leader Steven Del Duca this week — two of them for controversial remarks about homosexuality.

Semple, a law professor running for the June 2 election, said Friday he was “disappointed and deeply embarrassed” to be reminded of the 2004 opinion piece he wrote in the University of Toronto’s student newspaper opposing a subsidy for a campus LGBTQ group.

Del Duca said he is standing by his candidate in a riding where the Liberals hope to top Progressive Conservative Leader Doug Ford’s infrastructure minister, Kinga Surma.

“Enough is enough. Eighteen years ago, Noel Semple wrote an article in a student paper opposing a new student levy,” the Liberal leader added in a statement.

“In the same article he denounced homophobes as scumbags. He is not and was not a homophobe.”

The apology followed questions from the Star about the column to Del Duca earlier in the day at a campaign stop in Scarborough-Agincourt. He said he was not aware of the column despite the party’s vetting process for candidates, but said he would review what was written.

Semple’s article argued against a levy on students that would raise $25,000 for a group called LGBTOUT and stated the money would be better spent on other causes such as fighting poverty.

“LGBTQ people, by contrast, are not a needy or victimized subset of society,” he wrote in the March 15, 2004 edition of The Varsity.

Semple, who made it clear in the article he supports same-sex marriage, also compared the harassment of lesbian, gay and trans people to being taunted as a boy.

“I don’t doubt that there are a few scumbags out there who might personally insult or attack students because they’re gay. I was a fat kid. I used to get teased about it.”

In his apology, Semple said he drew “offensive, short-sighted, and not at all comparable parallels to my own experience with bullying growing up. As a young and naïve student, I never intended to hurt people, but wrote provocatively, with flippant languages.”

“2SLGBTQ+ people are without question an equity-deserving and under-represented community in our society. 2SLGBTQ+ identity is rich and complex — not a ‘set of sexual behavior patterns,’” ​​he added.

“It was ignorant of me to suggest otherwise, and in the 18 years between when I wrote this op-ed and now, I have better acquainted myself with the true nature of homophobia and anti-2SLGBTQ+ discrimination, and committed myself to fighting it. ”

Semple said he is “proud to run as part of a Liberal team with a diverse slate of candidates.”

Del Duca, who appeared with Semple at his first event in an Etobicoke park on the first day of the campaign, moved to assure the LGBTQ community “we are your allies,” citing several candidates from the community by name.

It’s telling that the NDP are attacking Mr Semple rather than Conservative Minister Parm Gill who is quoted in 2015 as “getting into politics to stop gay marriage.”

The New Democrats said Semple should be fired for the “homophobic” column.

“Being an ally requires walking the walk, not just talking the talk: will Steven Del Duca’s Liberals stand up to bigotry against 2SLGBTQIA+ people and drop this candidate?” the NDP campaign said in a statement.

Del Duca, whose party terminated two other candidates in Conservative strongholds within minutes of learning about their comments over the previous two days, maintained he does not have a double standard for candidates based on the likelihood of winning the riding.

“I believe in making sure we have all the information in front of us before we can make any kind of decision about how we’re going to go forward,” Del Duca told reporters a day after dropping his Chatham-Kent-Leamington hopeful on Thursday for using an F-word gay slur on Facebook eight years ago.

On Wednesday, the Liberals fired their candidate in Parry Sound-Muskoka after the Star revealed he authored a 2009 self-published book promoting the baseless theory that homosexuality is caused by infants “rebreathing” their own air.

A candidate in Sault Ste. Marie was axed on Tuesday for undisclosed reasons. The three candidates who were terminated were all long shots in ridings that have been solidly Conservative.

Nevertheless, Del Duca maintained his party did not have a problem with its screening of candidates as Liberals hope to rebound from being reduced to just seven MPPs at the legislature after Ford’s 2018 victory.

“I believe our process has been vigorous.”

Anyone can read Conversations, but to contribute, you should be registered Torstar account holder. If you do not yet have a Torstar account, you can create one now (it is free)

Conversations are opinions of our readers and are subject to the Code of Conduct. The Star does not endorse these opinions.