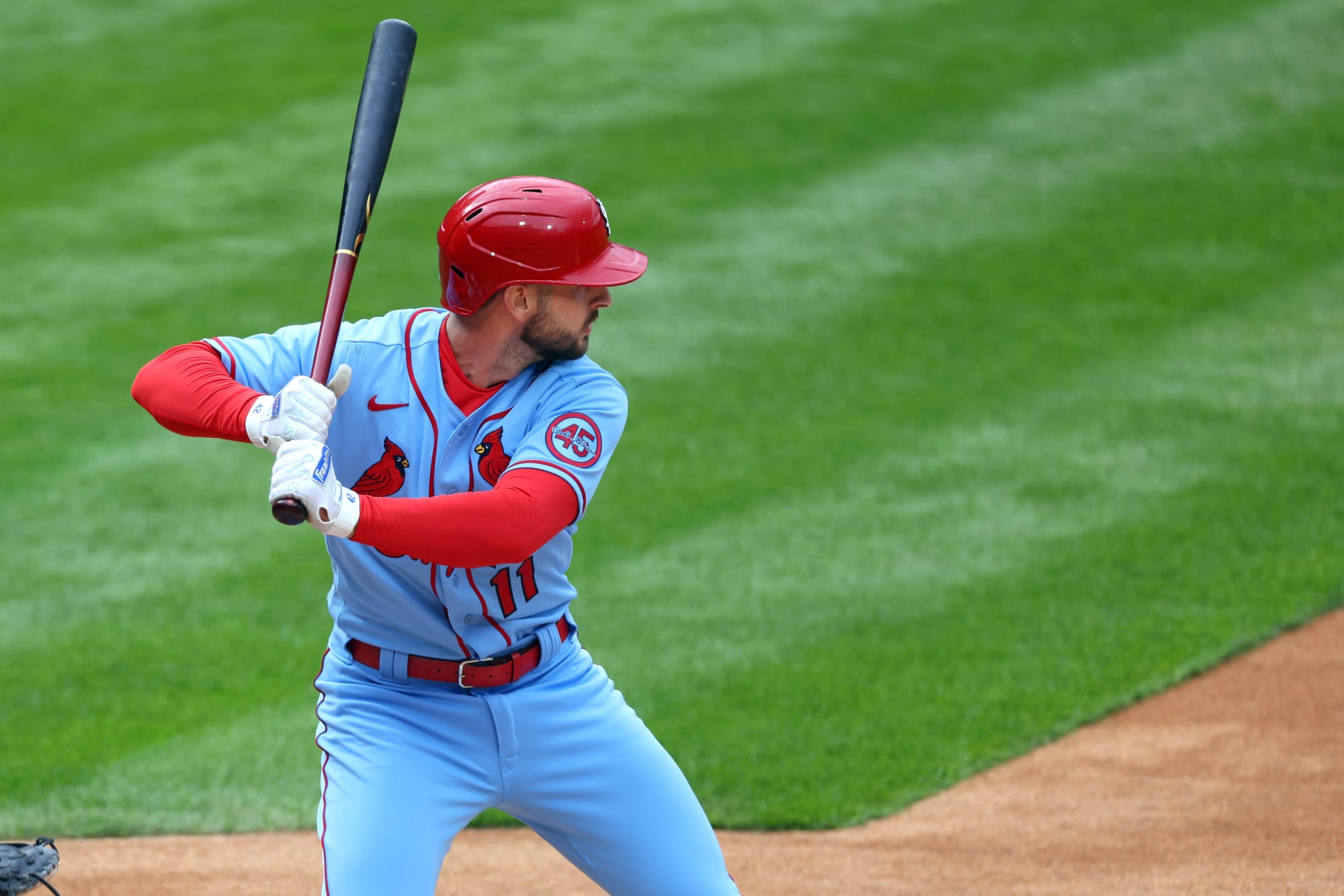 Let’s put Paul DeJong’s trade talk to bed. Unless something drastically changes, the St. Louis Cardinals won’t be dishing out their shortstop.

Rumors have been circulating for months that Paul DeJong is a draft candidate for the St. Louis Cardinals. To be fair, I was among the people on board with such a move and figured that an upgrade at shortstop would maximize their chances of making the World Series.

Cardinals baseball operations president John Mozeliak said the team viewed DeJong as the big favorite for opening-day shortstop. His words matched his actions as the team did not actively engage in what is considered a historically low free-agent shortstop market.

Does that sound like an executive about to trade with DeJong? No. And it’s time to end the trade talk.

Yes, I understand the logic of trading with DeJong. It opens up space for Nolan Gorman and/or Juan Yepez and gives the Cardinals flexibility and depth along center infield with Tommy Edman. It would improve on their biggest weakness and bring Gorman’s slugger into the lineup, with both the team and outside executives believing he has star potential.

But Gorman has not picked up a major league fight and could fight after his call-up. If the Cardinals trade DeJong, they would have to look for solutions and could be forced to set up Edmundo Sosa or overpay for another shortstop option, something Mozeliak has insisted on in the past.

Also, the Cardinals are optimistic that DeJong will be better off in 2022, he said Derrick Goold of the St. Louis Post-Dispatch that he’s working with a hitting instructor five days a week and is now seeing results as he’s doing something he’s been missing: getting into a routine.

It remains to be seen if that translates to MLB game action, but the Cardinals insist those bats will come in St. Louis. Because of this, it’s time to put the trade talk aside unless they give us reason to believe otherwise.