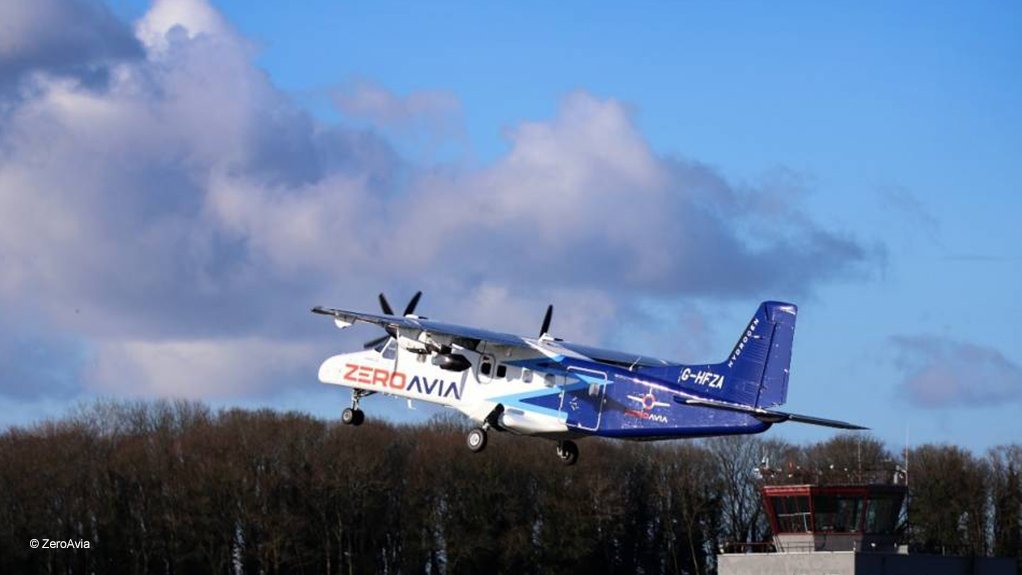 Zero-emissions aviation company ZeroAvia conducted, on Thursday afternoon, the first test flight of the biggest aircraft to date, powered by a hydrogen-electric engine. The aircraft was a Dornier Do 228 19-seater passenger aircraft, modified into a test bed, with one of its two turboprop engines replaced by a ZeroAvia hydrogen-electric powertrain.

A UK-US enterprise, ZeroAvia conducted the flight at Cotswold Airport in England. The flight lasted ten minutes and involved the aircraft taxiing, taking off, flying a full circuit and landing again. Retaining a conventional Honeywell TPE-331 turboprop engine on its starboard (right) wing, the company’s 600 kW hydrogen-electric power unit was fitted to its port (left) wing. The enterprise reported that all systems “performed as expected”.

“This is a major moment, not just for ZeroAvia, but for the aviation industry as a whole, as its shows that true zero-emission commercial flight is only a few years away,” highlighted ZeroAvia founder and CEO Val Miftakhov. “The first flight of our 19-seat aircraft shows how scalable our technology is and highlights the rapid progress of zero-emission propulsion. This is only the beginning – we are building the future of sustainable, zero climate impact aviation.”

The powertrain, designated ZA-600 by the company, is a prototype unit, not an experimental unit. The flight test campaign launched on Thursday is intended to lead to the establishment of a certifiable configuration for the powertrain. The target is to submit the ZA-600 for certification later this year. Also before the end of this year, ZeroAvia intends the test-bed Do 228 to carry out a 300 mile (almost 483 km) demonstration flight.

ZeroAvia’s aim is to manufacture zero-emission hydrogen-electric power trains that could be retrofitted to existing aircraft or installed in new aircraft in place of conventional engines. The ZA-600 is aimed at powering 9-seat to 19-seat passenger aircraft, providing a range of 483 km, with production and deliveries of the powertrains starting in 2025. The company is already developing its 2 MW to 5 MW powertrain, intended to provide 40-seat to 80-seat regional airliners with a range of up to 700 miles (almost 1 127 km), which is targeted to enter production in 2027.

The ZA-600 powertrain is composed of two fuel cell stacks, coupled with lithium-ion battery packs (to support peak power demand during take-off as well as to increase redundancy for safe testing). Fuel for the powertrain is compressed gaseous hydrogen, provided by program partner the European Marine Energy Center (EMEC), through the Hydrogen Airport Refueling Ecosystem that it installed and operated at the airport. On the current test-bed Do 228, the fuel cells and hydrogen tanks are fitted inside the cabin. In production configuration, powering commercial aircraft, they would be mounted externally on the airframe.

This test flight is part of ZeroAvia’s HiFlyer II program. EMEC, a UK enterprise based in Scotland, is a partner in HiFlyer II, as is another British business, high-speed electric motor company Aeristech. HiFlyer II is part-funded by the UK government through its Department for Business, Energy and Industrial Strategy, its research funding agency Innovate UK, and the public-private partnership Aerospace Technology Institute.