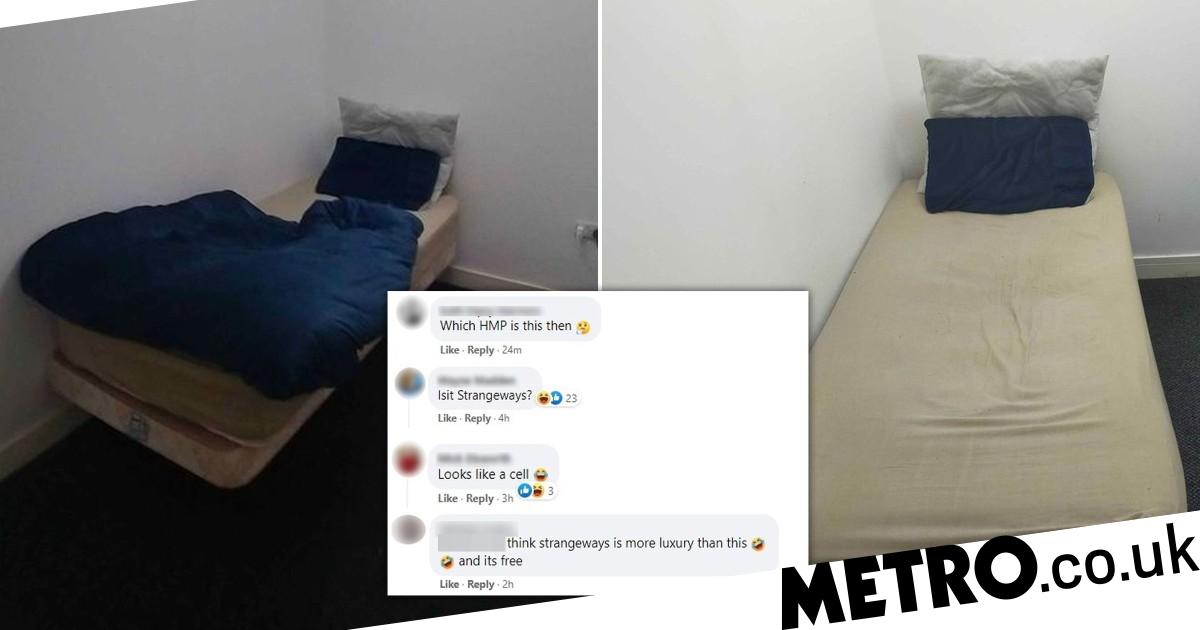 For once, it is not London that puts the names of the landlords to shame.

This time in Manchester – more precisely in Bolton – an apartment is being given up which is described as “depressing” and compared to a prison cell.

Described as an “apartment with one bed and one bath,” the property was listed on the Facebook marketplace for £ 300 per month.

However, the landlord removed the ad when it attracted an absolute bang on the Internet that compared it to “Fritzls Keller”.

Photos showed a dingy looking (unmade) single bed tucked away in the corner of a very plain room.

We can’t see any windows so it’s difficult to know if this particular rental option has any.

However, there is an electrical outlet by the bed that can be seen in the photos as someone is charging the phone.

Two bottles of water are also in sight – but we are not sure whether these will be delivered with the apartment.

The same goes for the less clean looking pillows.

Commentators flooded the ad with questions about visiting hours and the time the lights were out (got it? Because it looks like a prison cell?), Along with messages calling the room a “hamster cage” accusing the landlord, “folks to rip off “.

Some didn’t find the listing too bad, however, finding that they had paid a lot more for rooms inferior to this house.

To be fair, we’re assuming most Londoners would jump into their own room for as little as £ 300 a month …

After all the backlash, the landlord removed the ad and declined to comment.

But it’s unlikely that this will be the last somber room list we spy online.

If you come across a real estate ad that makes you desperate, we want to see it. Let us know by email at [email protected]

MORE: What I’m Renting: Bipasha, £ 2,150 a month for a three bedroom house in Cricklewood, London

MORE: Why Slough is in the UK’s Top 10 Property Hotspots for First Time Buyers

MORE: Bills, Expenses, Budgeting: How To Deal With The Rising Cost Of Living With Rising Inflation

Get all the major real estate news, features and advice from Metro every week.