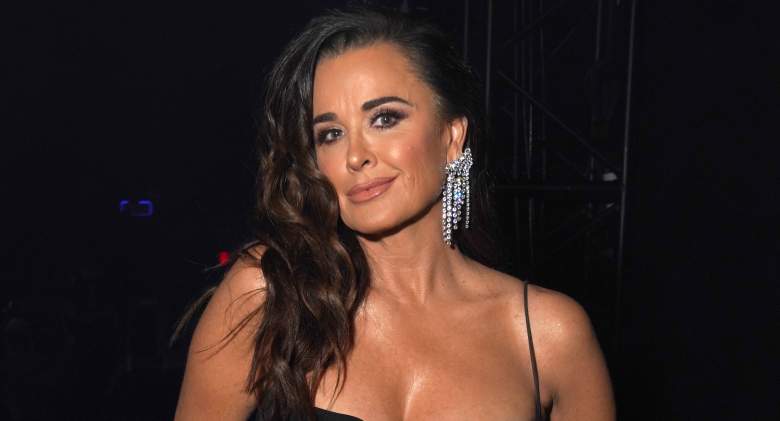 Here’s everything you need to know.

On Thursday, June 9, 2022, Richards posted several Instagram Stories revealing a back injury was keeping her in bed.

“I hurt my back and can not move,” Richards wrote on the photo of her in bed with a food tray in her lap and the TV on in the background. “This is where I will be for the unforeseeable future.”

Then, on June 10 she posted again, this time sharing a video of her two German Shepard dogs, Luna and River, sleeping at the foot of her bed.

“These babies won’t leave my side. Not even to eat or use the bathroom #germanshepherds,” she wrote.

She also showed a video of herself watching the comedy, “Bridesmaids” with the caption, “Maybe not the best thing to watch when I Can’t move.”

Richards has not revealed the details of her injury.

Richards was last seen in public at the MTV Movie & TV Awards. Less than a week before her injury was revealed Richards was walking the red carpet with several other Housewives to present an award on the show.

This isn’t the first injury Richards has suffered which she shared about on social media.

In July 2021 Richards was taken to the hospital after walking into a hive of bees. Richards is allergic.

“So this happened yesterday… I walked into a hive of bees and was stung multiple times,” she wrote on social media sharing the security footage of the incident. “I can laugh at this now, but what you can’t see is that they were in my hair and were literally chasing me. My landline wouldn’t dial 911 and my epi pen was defective and wouldn’t open.”

“I always say, ‘I don’t know,’ and each season I think, ‘Well, maybe I can do one more,'” Richards told E! News at the 2022 NBC Universal Upfronts in New York City. “And sometimes I’m just like, ‘How can I keep doing this?’ especially when I get really upset, like this last season when we ended.”

Richards went on to explain that she didn’t think she’d be able to continue on the show for season 13.

Richards also spoke about her on-again-off-again relationship with her sister and former co-star Kathy Hilton.

“It’s so complicated and complex. All I can say is, we’re family and we’re going to have these moments,” she told Page Six at the 2022 NBCUniversal Upfronts. “I feel like my sisters and I, we have arguments, we make up, we’re blood. I don’t know if everyone is like that. The fact that we’re on television complicates things.”