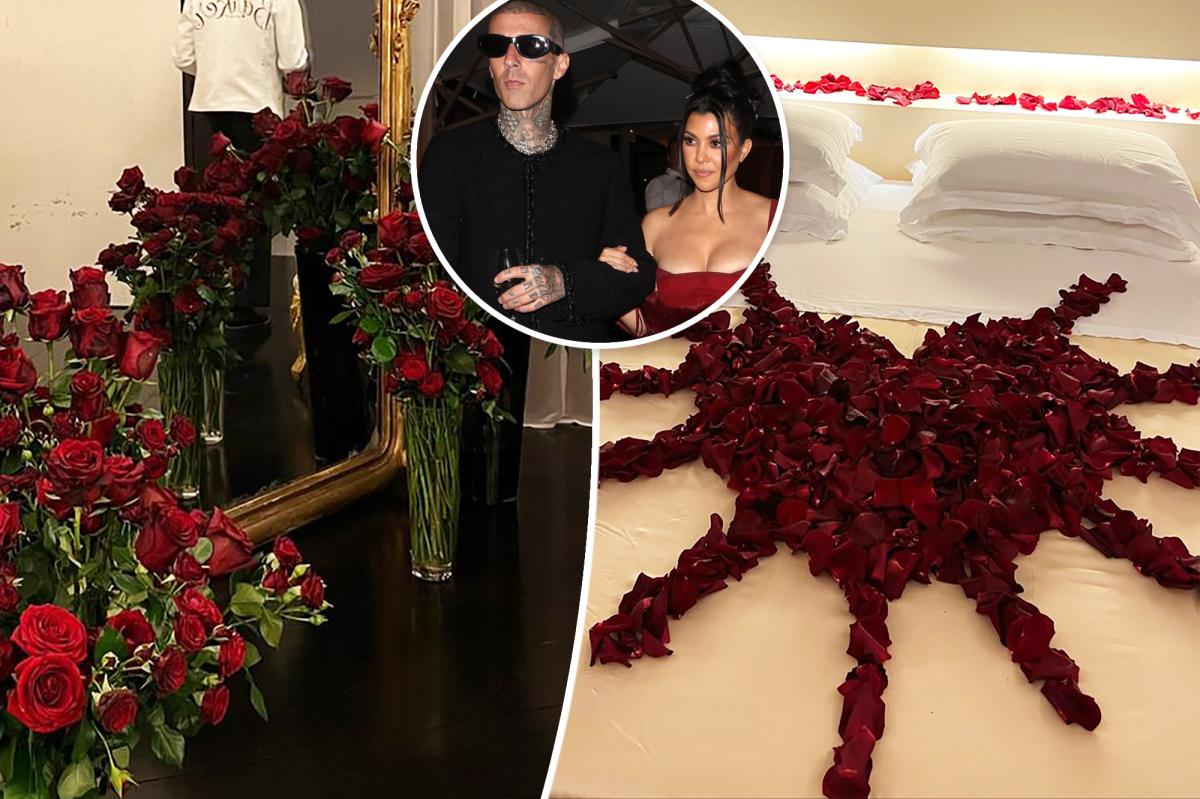 Kourtney Kardashian shared some behind-the-scenes snaps of her and Travis Barker’s hotel room filled with rose petals after their lavish wedding on Sunday night.

In one Instagram Story, she showed a bouquet of roses sitting besides a pair of black stilettos and a Dolce & Gabbana lit candle.

In another snap, Barker, 46, had his back to the camera while he wore his matching white leather jacket with “Mr. Barker” embroidered on the back. Kardashian, who twinned in a “Mrs. Barker” version, and her hubby both changed into them during the reception.

Barker was standing next to a floor length gold mirror that was surrounded by at least four more red rose bouquets.

“The Kardashians” star, 43, then took fans to the bed itself which had red rose petals in the shape of a heart and lines jotting out from it. There were even more petals sprinkled along the top of the bed frame and behind the pillows.

Kardashian teased that they consumed their marriage in the next story that featured her black thigh high stockings mixed in with countless rose petals.

The lovebirds tied the knot in front of close friends and family at Castello Brown in Portofino, Italy on Sunday – marking their third wedding. The couple got legally married at the courthouse in Santa Barbara, Calif., last weekend and had a sham Las Vegas wedding after the Grammys in April.

The groom, who opted for a black suit also by Dolce & Gabbana, was joined by son Landon, 18, daughter Alabama, 16, and stepdaughter Atiana De La Hoya, 23.

Kourtney and Barker got engaged in October 2021 after one year together and being friends for years.