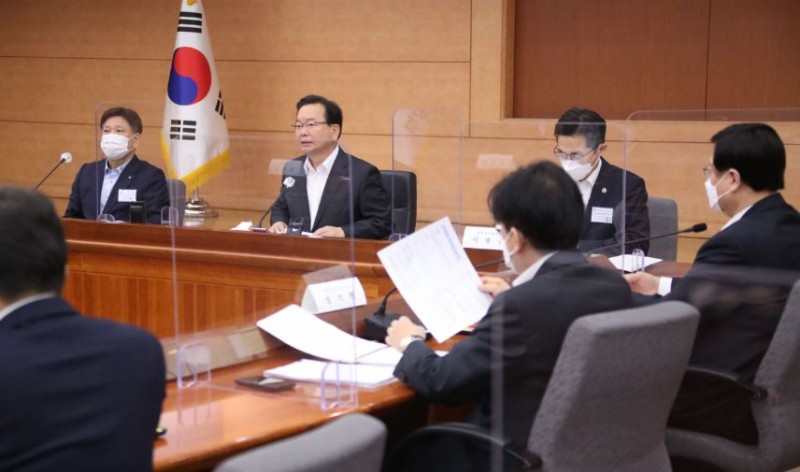 Seoul: South Korean Prime Minister Kim Boo-kyum called for better hospital bed management on Friday as the number of dangerously ill Covid-19 patients in the country continued to rise despite no signs of a decline in daily infections.

Kim reportedly said the government’s goal was to immediately build hospital beds and support the medical resources needed in hospitals. “There are concerns that our journey back to normal may be interrupted for a while if we cannot resolve this crisis,” Kim said during a meeting with the heads of 22 tertiary hospitals in the greater Seoul area.

“Our hospital bed management system is improving.” The Prime Minister’s plea comes amid growing concerns about the capacity of intensive care beds in the capital, which accounts for nearly 80% of daily Covid-19 cases in South Korea. 78.2 percent of the intensive care beds in the capital area were occupied on Thursday, 80.9 percent of them in Seoul.

The number of critically ill patients has risen in recent weeks, with the last number exceeding 500 after the country launched its “Living With Covid-19” program last month, which allows people to gradually relax by easing social isolation return to a normal life. According to Kim, serious patients are being transferred to available intensive care beds in the capital or in the districts outside the capital. He also called for hospitals to move virus patients in intensive care units to normal recovery rooms as soon as their health improves.

The Brazilian government is lowering its forecast for GDP growth in 2021 to 5.1 percent