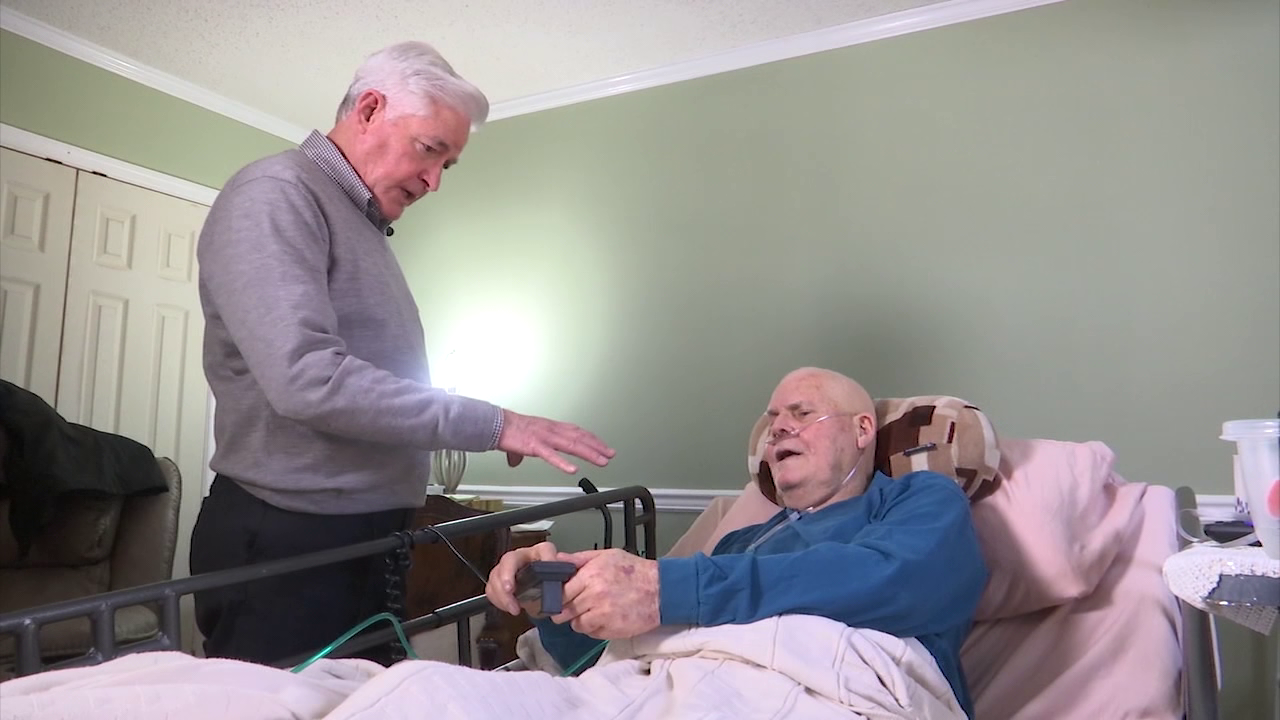 KNOXVILLE, Tenn. (WATE) — A hospice home care veteran asks why he was given an uncomfortable bed, now he has a simple request. Michael Helm says in his “last days” that he would like a bed like in a hospital.

Starting in 1965, Helm served four years in the Navy. The retired general contractor is a widower and is now dying of multiple illnesses. He moved to Knoxville to be closer to his family. The 73-year-old recently underwent a cycle of chemotherapy, unfortunately without success.

Woman desperate for answers years after husband’s murder in Knoxville

For the second time since January 3, Helm is being cared for by a second hospice group. Just before Christmas he was in a hospital where everything went well, he said. But when he was transferred home, Helm says, he was promised a hospital bed similar to the one he had. But what was delivered was a basic home care bed, not what he had been told.

“You go home to the hospice and you’ll have a bed just like that, which was a really comfortable hospital bed.”

“What do you have here?” asked Don Dare.

“Oh, that’s nothing like it. that’s a piece of crap,” Helm replied. Daren Helm, who is acting as his father’s caregiver, said: “On the first night his right leg slipped out, his air went out and his head was pressing against the upper left side rail.”

Since a new hospice group was taking care of Michael, he asked them if he could get another bed.

“I said will my new bed, will it be any better than this? Not true? They said fear not. It will be about the same.”

The family was told that Medicare, Michael’s health care provider, only pays for this type of bed. No one else is covered under their Medicare hospice benefit.

“I think that’s just the status quo. It doesn’t make sense to me, the last journey in a person’s life, why would you get demoted?” Daren said. “My father, he is really selfless. He worries about those who will come after him.”

Daren ordered and paid $5,000 for a Hill-Rom bed, but it won’t be delivered until next week. In his final days, Mr. Helm would like to sleep in a comfortable bed.

“When I spoke to the new nurse today, I said, ‘How long do you think it’s going to take? because I want to go home. Not here, I want to be with my wife,” Daren said.

The hospice bed provided to Michael is covered by Medicare, his healthcare provider. What we found is that the plan only pays for the bed he received as part of his Medicare hospice benefit, rather than the more expensive Hill-Rom bed he would like.

Michael’s past and present hospice nurses tell us that they are committed to providing compassionate care and work with patients to address specific needs. However, if a patient is not satisfied with a bed covered by Medicare or another provider, they can independently purchase another bed out of their own pocket.