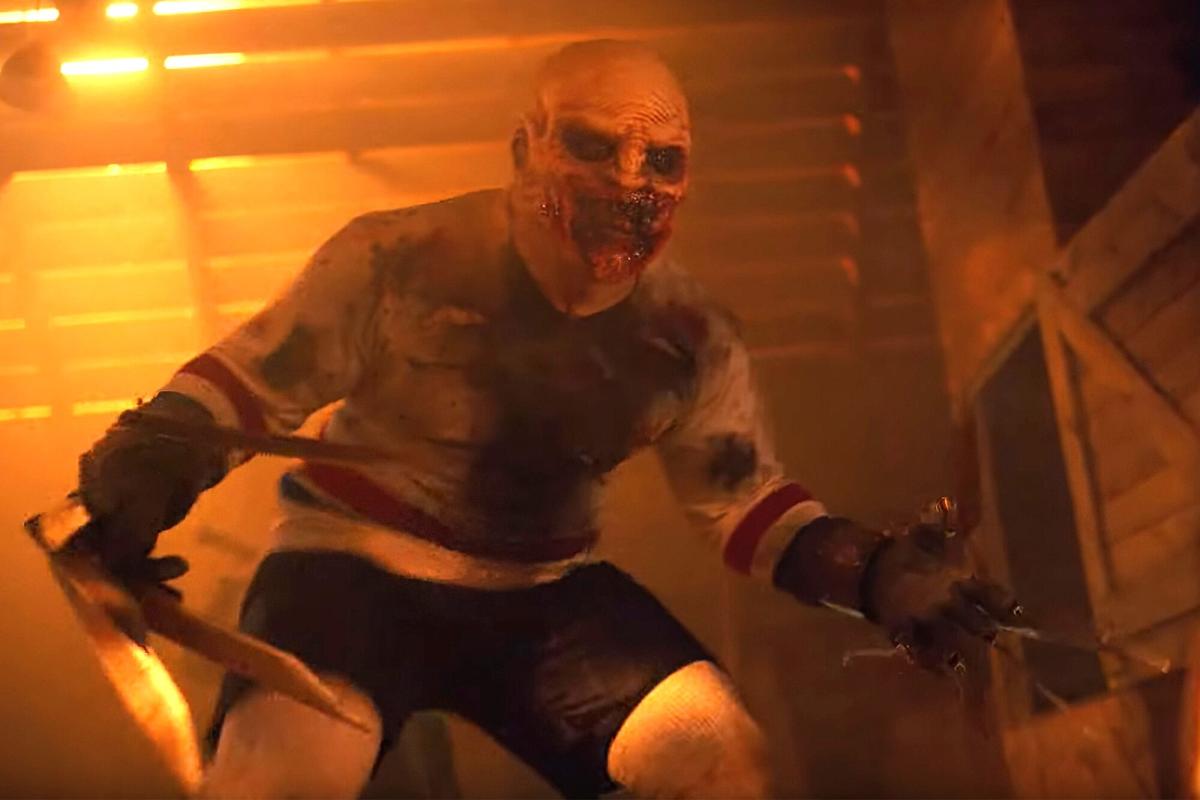 In Kids vs Aliens (out Jan. 20), Dominic Mariche and Phoebe Rex play young siblings who do indeed find themselves facing off against an extraterrestrial threat.

“It’s about this kid named Gary who’s trying to make movies with his older sister Samantha,” says director and co-writer Jason Eisener. “She’s been in all his films, and all of a sudden, these teenagers, kids that are the age of Samantha, come into her life. They make her feel self-conscious for hanging out with her younger brother and so she sacrifices a bit All the while, aliens have crash-landed in the ocean in their backyard, and when these teenagers pressure Samantha to have a Halloween party when her parents have gone away, the aliens come up out of the ocean and start abducting the kids, and Samantha has to try and save her younger brother.”

The film was inspired partly by the early movie-making adventures of Eisener and his co-writer and childhood friend John Davies and partly by an event known as the “Shag Harbor UFO incident.”

“I’m from Nova Scotia, there’s so many great supernatural and paranormal stories,” says Eisener, who previously directed 2011’s Rutger Hauer-starring Hobo With a Shotgun. “I didn’t know how special that was to grow up with until I started leaving the province and seeing it’s not like that everywhere else. There is this great story, in 1967, a UFO crashed into Shag Harbour, where I’m from A bunch of fishermen raced their boats out there, thinking there could be survivors from a plane crash.When they got there with their boats, they didn’t find any wreckage or any people, but they saw this glowing light coming from the depths Below. As a kid, I would hear that story, and my family heard rumors about it over the years.”

In Eisener’s impressionable young mind, this tale was made more terrifying by the release of the supposedly-based-on-real-events 1993 alien abduction film Fire in the Sky.

“As a kid, when I was kind of the age of the characters in Kids vs AliensI had seen the trailer on TV for this film called fire in the sky, and it said ‘based on a true story,'” says the filmmaker. “It showed these horrific images of this guy getting abducted by aliens, and because it said it was based on a true story, that really had an effect on me and traumatized me, and here in my backyard, there’s this true story about a UFO that crashed into the ocean. I was terrified as a kid and kept a baseball bat under my bed in case they came for me.”

while Kids vs Aliens is light enough on scares and gore to be considered child-friendly, it does feature an outrageous amount of swearing. What was the idea with that?

“The idea was, I wanted to portray kids how they are without the parental supervision around,” says the director. He continues, laughing, “I remember being a kid this age, and the language was very colorful! So I wanted to be true to that kind of experience. I wanted this to be the movie like, when I was a kid, I would sneak into or watch it after my parents went to bed.”

It doesn’t spoil anything to say that the film is rather open-ended in its conclusion. Does Eisener hope to follow the movie with more adventures set in the same universe?

“My dream would be to just go right back with this crew and cast and film the sequel,” he says. “It’s something we were dreaming about while we were writing this movie and while we were shooting it. While we were shooting it, everyone knew we had it in our hearts that we would make a sequel. All the kids were pitching us ideas through the course of shooting. Man, they come up with the best, craziest ideas. We were definitely taking inspiration from them.”

The cast of Kids vs Aliens also includes Calem MacDonald, Asher Grayson Percival, and Ben Tector. RLJE Films and Shudder will release the film in theaters, on-demand, and digitally Jan. 20.

Watch the trailer for Kids vs Aliens below.