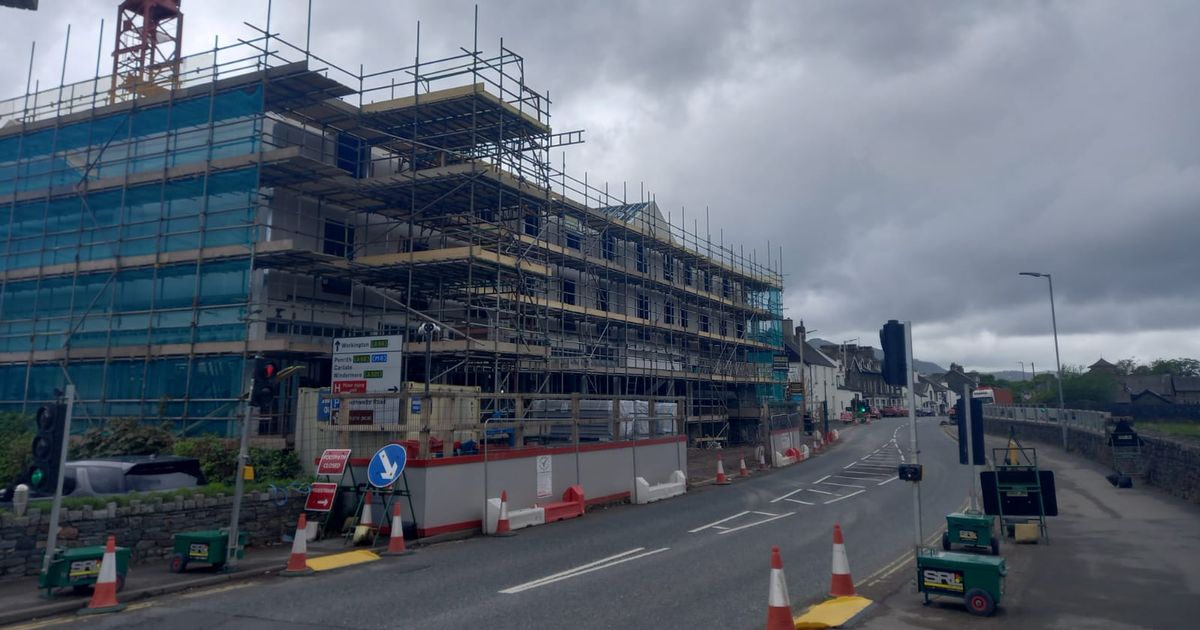 Work is on track to build a controversial Premier Inn in Keswick, with the hopes of it opening before Christmas despite residents continued objection to the scheme.

Building on the 80-bedroom hotel at High Hill near the town center has been going on for more than six months now and constructors say it is on track for opening before Christmas. The hotel sits on the former Ravensfield Residential Care Home in the town and is within walking distance of the town centre.

A spokesperson for Premier Inn confirmed that work is on track and the framework for the new 80-bedroom hotel is now complete. Permission for the hotel was granted by the Lake District National Park Authority in October 2020 despite a focused public campaign that was backed by Keswick Town Council against it going ahead.

A spokesperson for Premier Inn said: “We are continuing to make good progress constructing the new Keswick Premier Inn. The frame of the new 80-bedroom hotel is now complete and the construction team are now working on turning the bare structure into the latest generation Premier Inn.

“The team will be laying out the guest bedrooms, installing windows and adding the essential plant over the next few weeks. The stone on the external walls will also start to be installed shortly We still have a way to go before we’re ready to welcome our first guests but we remain on track to open the hotel before the end of the year all being well.

“It will be a landmark moment for us when we do and we’re really looking forward to becoming part of the community, employing locally, and helping to support Keswick all year-round.”

When plans for the new hotel were first revealed a petition was set up because opposers claimed the new building didn’t fit with the theme of the Lake District town. It didn’t take long for the petition to collect thousands of signatures.

People who oppose the plans state the following concerns on their petition website:

Darlington-based Premcor is investing £6 million into creating the new Premier Inn which they say will provide a new positive long-term use for the site, as well as creating 30 permanent jobs and contributing to the visitor economy throughout the year.

A list of benefits that investors say the Premier Inn will bring include: