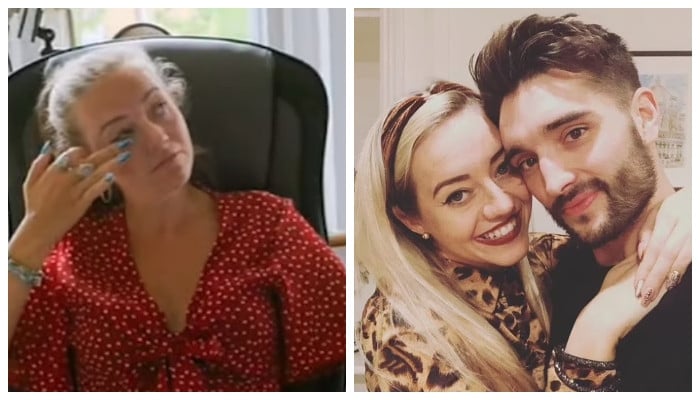 Kelsey Parker still misses his late husband Tom as she confessed that she can’t look at photos of him in the wake of his death in scenes from her documentary on grief.

In her ITVBe show Kelsey Parker: Life After Tom which aired on Thursday, the widow, 32, confessed that she still wishes him good night each evening before going to bed.

Tom died in March this year at the age of 33 after a year-and-a-half-long battle with stage four glioblastoma brain cancer.

In one scene, speaking to the camera, she explained: ‘Even that picture. I can’t have any more pictures downstairs of him. I come and look at him before bed and be like ”night”.

Through tears she added: ‘That’s a sad one isn’t it? It’s just sad though, it is. And that’s why, sometimes I just shut the door on this room. I just can’t look at it.’

Kelsey has admitted she struggles with feelings of loneliness and guilt following the death of her husband of four years.

As Kelsey continues with life amid the heartbreaking time, MailOnline revealed last month that she is now in the early stages of a relationship with a new man Sean Boggans.